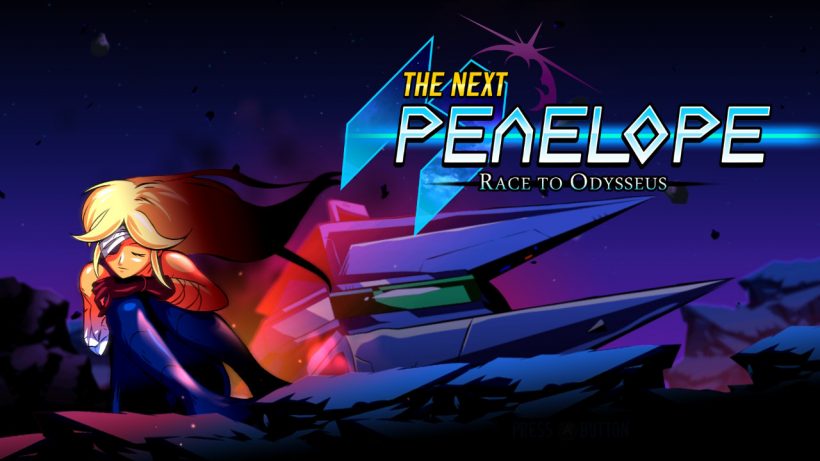 The Next Penelope: Race to Odysseus combines both the Shmup genre and the top-down racing game genre together and the result is a fusion which just works.

The game’s story doesn’t follow the popular 90’s cartoon of Wacky Races as the tagline might have suggested, instead it bases itself around Greek mythology. Players take the role of Penelope – the wife of Odysseus – as she tries to track down her estranged husband. On her journey she is attacked by various different groups of enemies and is forced to race against them in her own spaceship to figure out what has become of Odysseus. 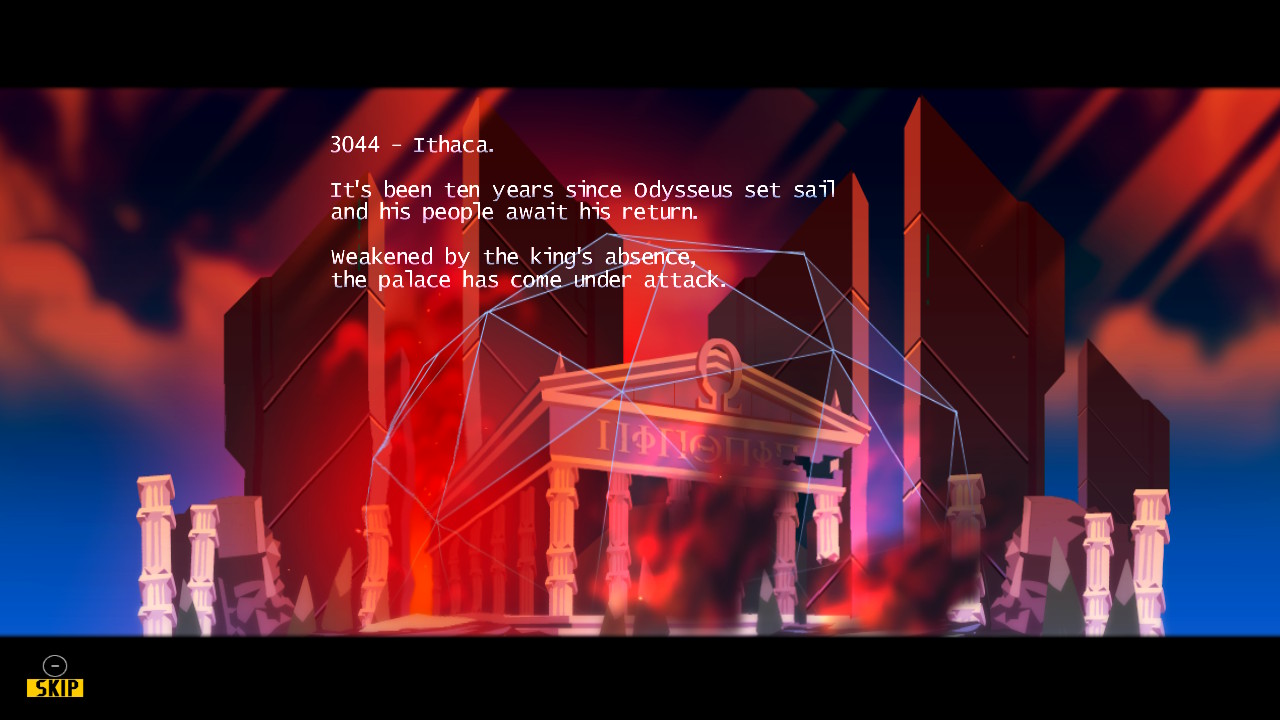 Upon starting the game you’re instantly thrown into a three-stage tutorial in which you’re given the chance to acclimatise yourself to the game’s controls and how your ship handles, as well as the various different kinds of stages the game has to offer – including racing and collecting certain amounts of XP. This doesn’t take long and before you know it you’re thrown onto a map screen where you can choose any of the game’s six different planets to gain new abilities and progress through the game.

Worlds have specific difficulties, and these are judged by the ability you’ll get in each world; there are two Normal difficulty worlds, two Very Hard worlds and an Impossible world where weapons aren’t allowed at all. Each world will give you new weapons such as mines which, when exploded, will give you XP and a warp drive which will allow you to teleport yourself anywhere on the track as long as its on screen at the time. 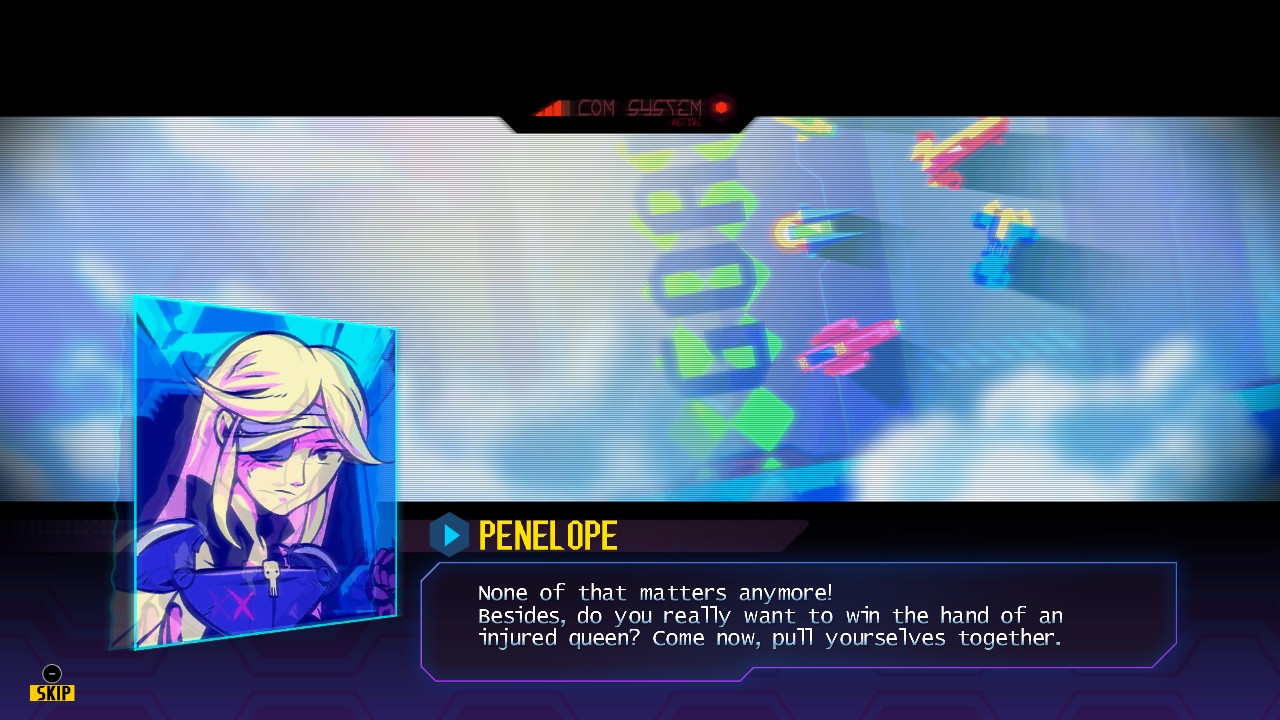 XP can be earned by destroying enemies, completing races or by dropping mines excessively. Once you’ve earned enough XP it can then be used to give your ship enhanced abilities such as permanently increasing your speed or giving yourself extra energy which means you can use your abilities more or take more risks when crashing into walls or getting closer to enemies.

The Next Penelope is mostly great but it’s not without its issues, for example, when you unlock a new ability for your ship it is automatically assigned to a button and there is no way to map the ability to a different button. An example of this is that the boost button is mapped to B and the shoot button is mapped to A. I found this initially difficult to get used to and would have liked to have been able to swap them around to make things easier for me personally to control. 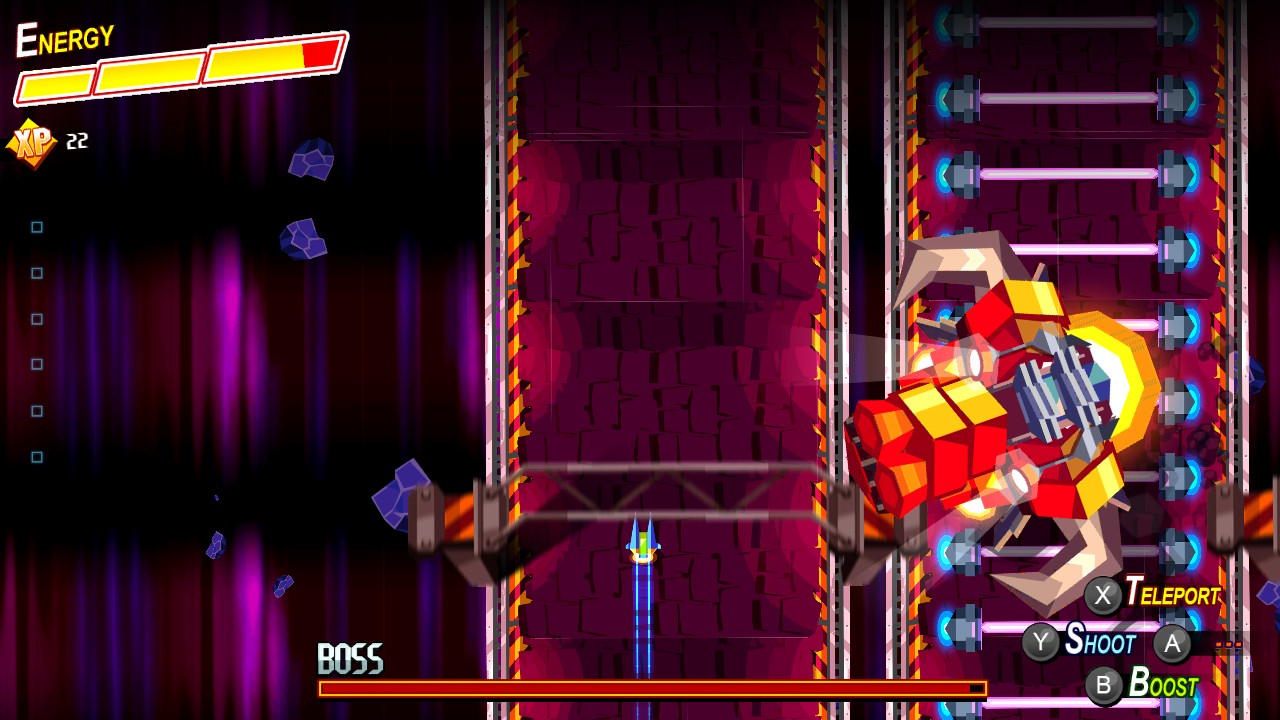 Another issue I had with the game was the difficulty curve that the game has, some of the later stages can be far too overly challenging and lead to a lot of frustration. Each world is made up of three stages and if you get stuck on one of these stages and decide to try another world you’ll have to start that world all over again, which is a real shame, but is balanced out by the fact you’re able to earn more XP by replaying stages you’ve already beaten.

The Next Penelope looks, sounds and plays great, although there are a few issues that prevent it from being perfect. However, if you’re looking for a game that might remind you of F-Zero on the SNES or the classic Micro Machines games, you can do far worse than this.

The Next Penelope: Race to Odysseus

The Next Penelope provides a great mixture of Shmup and Racing gameplay which contains its fair share of challenges. It can often become overly challenging at times and this – coupled with a lack of control mapping – means a great game falls just shy of being essential.