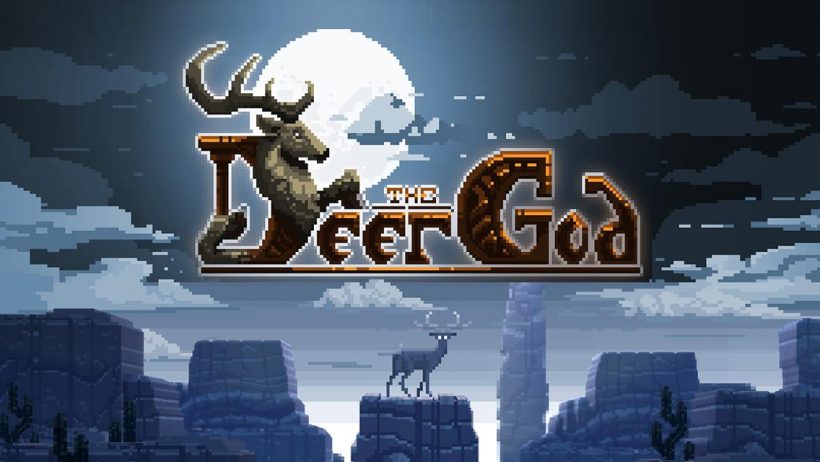 The Deer God is one of those games that initially looks like it could be one of the all-time greats. Visually, it has all the hallmarks of a standout indie title, but look past the beautiful scenery and you’ve got an experience that simply cannot justify its own existence.

From newcomers Cinopt Games, The Deer God kicks off with a hunter who – after being mauled to death by a pack of wolves – get reincarnated as a deer in order to redeem himself of his sins and experience life as one of the animals he once sought to kill. From here, you’re off on one of the most pointless, bland adventures on the Switch.

Your main objective is to simply run to the right and leap over various platforms whilst avoiding or defeating other animals and humans. In theory, The Deer God should have been a fairly competent platformer, but basic controls feel shoddy and just plain boring – there’s no weight to the platforming and it feels like your little deer is just floating along. You’ll occasionally come across basic puzzles on your journey, but these too lack compelling elements and only serve to exacerbate the already dull gameplay. 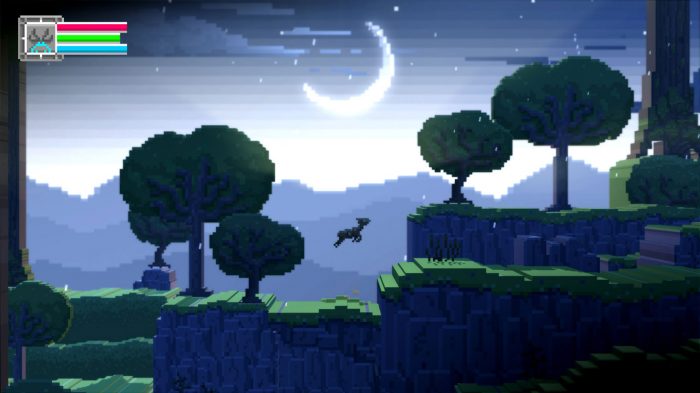 To make this even worse, the game is completely devoid of any challenge. The most dangerous obstacles you might face is the occasional pit of spikes – which in all fairness causes instant death – but for the most part, you’ll be gracefully leaping over basic platforms without a care in the world. I honestly don’t know if this game was intended to be a platformer or a basic walking simulator.

The Deer God also throws some enemies at you in the form of small animals and human hunters – you have one basic attack which you must spam over and over in order to overcome the threat, but again, there’s no challenge here at all and it becomes such a tedious, repetitive task that I’d rather it not be in the game at all. You’re also encouraged to eat fruits and berries on your journey to satiate your hunger and keep yourself alive, but not once did I feel under pressure to survive. Should you die at any point, you simply respawn as a young deer and you’ll be put through the same misery once again. 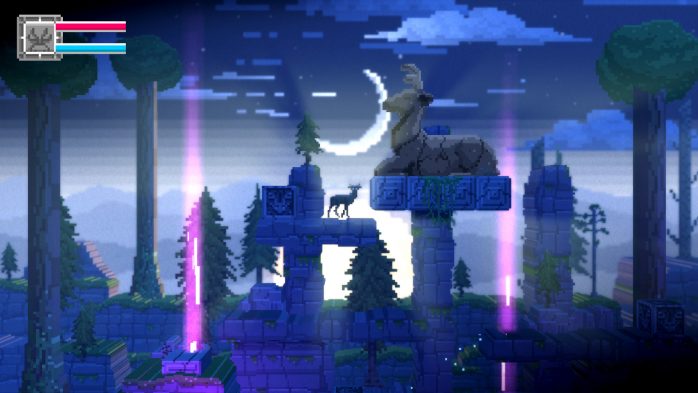 It’s not all doom and gloom, however – as mentioned previously, the game really is a joy to look at. The environments look wonderful – reflections glint on the surface of water, and God Rays pierce through the trees. There’s also a full day/night cycle, with accompanying music to suit the mood. The game runs pretty well on the Switch with minor interruptions, so it’s such a shame that a game displaying such beauty can’t back itself up with compelling gameplay.

The Deer God is such a painfully disappointing experience. To provide some context, playing The Deer God is similar to seeing an advertisement for a wonderful looking Big Mac, only for the real deal to be a saggy mess of a burger. The game genuinely looks great, but it’s let down by poor controls, a dull premise and a total lack of any challenge. It’s a relatively cheap game, but I nevertheless recommend you look elsewhere for a decent platforming experience.

If you’re after a strong example of a 2D platformer with depth and challenge, you won’t find it here. The Deer God may look pretty, but it’s a pitiful experience that deserves no place on the Switch eShop.

2 thoughts on “The Deer God Review”