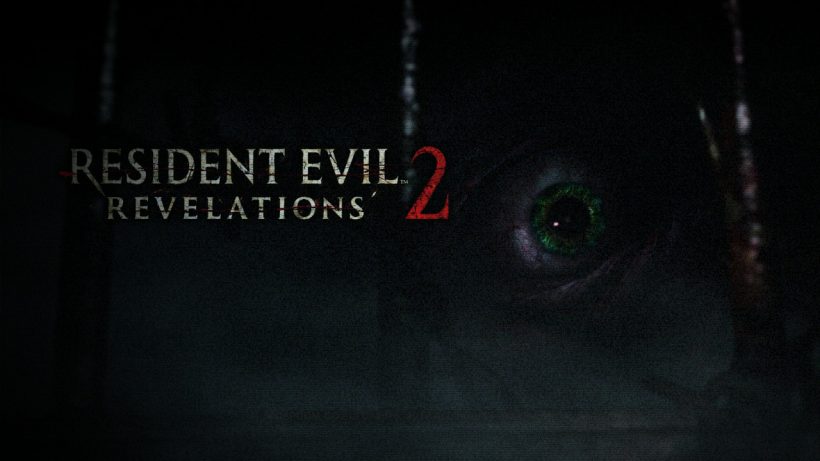 The second part of the Resident Evil Switch sandwich! 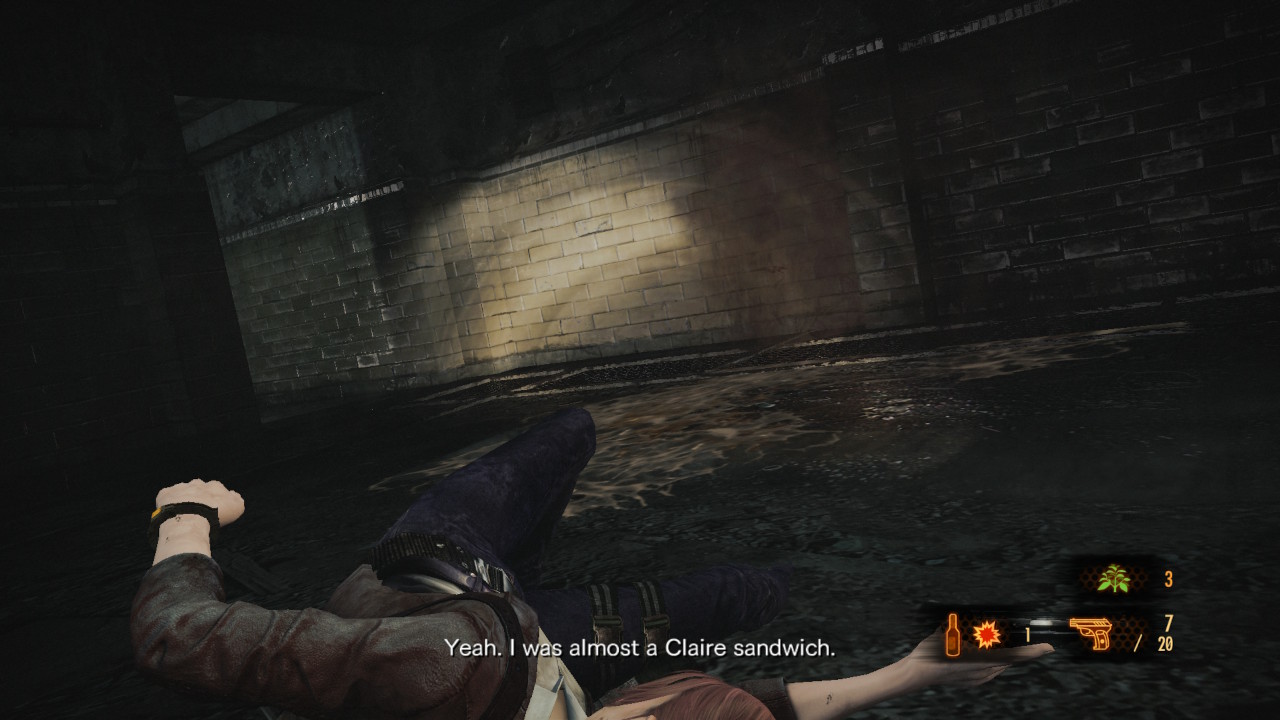 For the first time, Resident Evil Revelations 2 is playable on a Nintendo console and, for the most part, it is a welcome addition to the Switch’s rapidly growing library!

The story kicks off with Claire Redfield and her colleague Moira Burton being kidnapped and imprisoned on a remote island. Both characters have been fitted with a fear-detecting, colour-changing bracelet, and are being watched by the “Overseer” – a setup that wouldn’t feel out of place in a Saw movie. Unlike the first Revelations title, you will take control of both characters as you attempt to find your way off the island to safety.

This character switching mechanic can create some tense moments during gameplay as both Claire and Moira have their own specific skills, and you will need to switch between the two on the fly as the situation demands it. Moira is against using a gun, so can only melee enemies with a crowbar, but she does have a torch that can be used to blind enemies to stagger them – as well as it being particularly useful to find otherwise hidden items. You will also need to make use of both characters to solve some of the puzzles in the game; there is a scenario in the middle of the game that sees you both trapped in a room with rotating blades coming towards you, and you will need to switch between both characters to successfully escape.

Similar to Resident Evil Revelations, Revelations 2 does see the action split into episodes and told from the perspective of two main characters. The second of these will be familiar to fans of the series, with Barry Burton finding himself on a boat to the island responding to a distress call that his daughter Moira makes in the first chapter of Episode 1. Upon landing on the island, Barry meets Natalia – a somewhat creepy young girl who possesses some rather extraordinary powers. Similar to the Claire and Moira, you will switch between these two characters during your playthrough, with Barry playing the shoot first, ask later role and Natalia being used to crawl through holes to access areas that the grown-ups can’t and to use her powers to see enemies through walls. Natalia does have another power that is particularly useful in the later chapters, but I’ll leave that for you to discover – it’s probably one of the best uses of the character switching mechanic in the game!

The addition of the character switching ability also opens up another avenue for play – local co-op! You can play the campaign mode of Resident Evil Revelation 2 with a friend on your Nintendo Switch system – although using a single Joy-Con each does have its drawbacks due to the loss of the second analogue stick. It may cause some arguments though – as you will have to decide who gets to do all the shooting!

Although there are fewer episodes in Revelations 2 than its predecessor, with four in total plus two bonus episodes, these are longer – so you’re looking at a similar playtime across the two games. This is more than likely down to the fact that Revelations 2 was developed for consoles, rather than specifically for a handheld like the original. This change results in improvements across the board, with the controls feeling tighter now that they have been designed for a traditional controller, and the environments and characters looking a lot better (and more terrifying for it) due to the ability to increase the textures and use of lighting to further accentuate the horror of this seemingly abandoned island facility.

The island, unlike the Cruise Ship setting of the first game, features a lot of open areas for you to explore – which also means there aren’t as many close encounters between you and the infected in this game. However, don’t think the increased distance between yourself and the enemy will always work in your favour – the infected are much quicker in this game and are a lot more intelligent. Luckily, ammo is easier to find in this entry as are the ingredients to craft your own explosives. Similarly to the Switch version of Resident Evil Revelations, motion controls are again available if you so wish in this game – and again they work rather well! If you get caught by one of the undead abominations you can shake your Joy-Con to break free from the clutches of evil and aiming with the right Joy-Con also works rather well once you’ve got used to it. The IR sensor also sees some use here, with the ability to reload your weapons performed by tapping the bottom of the right Joy-Con as if you were loading another clip into your weapon – although the novelty soon wore off when I found it much easier to just press the Y button, especially during frantic moments when time was crucial!

Aside from the main campaign, the Raid mode from the previous entry makes a welcome return here – offering further multiplayer fun. Unlike the campaign, you can play this mode both online and off, even going solo if you so wish. This can become a timesink, and is rather enjoyable with other players – with unlockable costumes, skills and weapons for you to acquire as you play through the scenarios on offer. 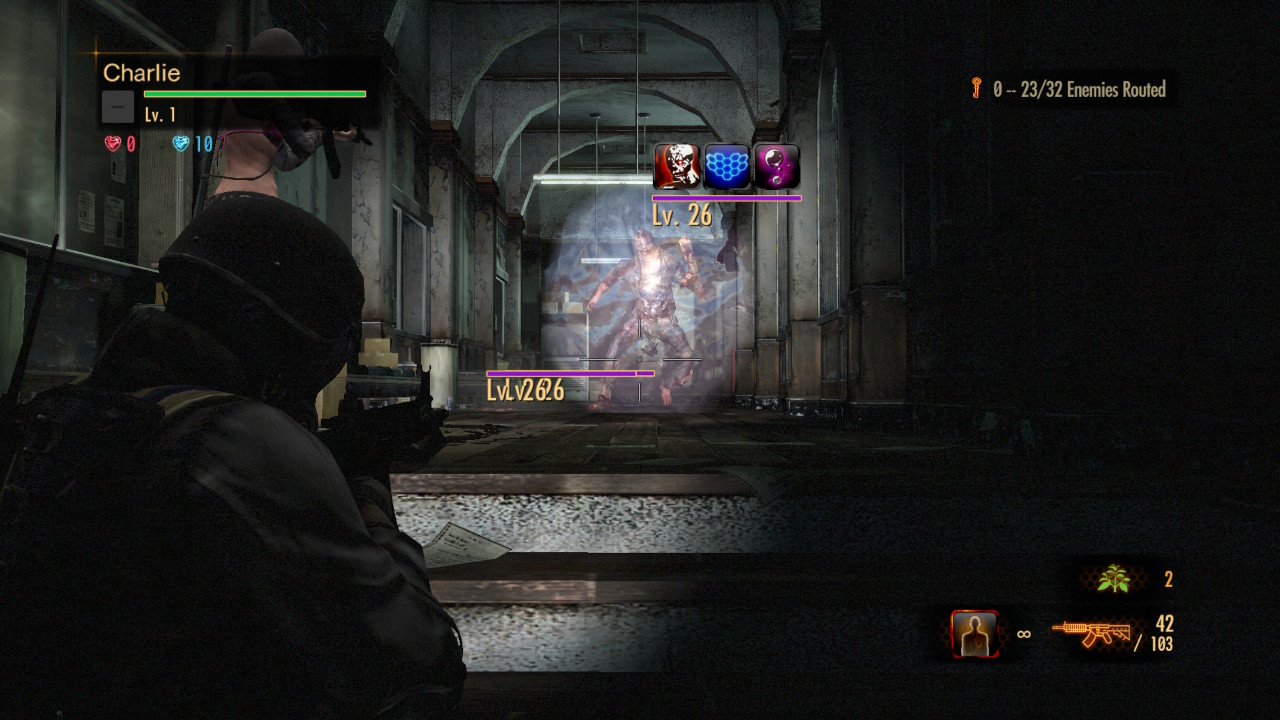 I avoided both of the Resident Evil Revelations games when they originally released, after having been left with a sour taste in my mouth from Resident Evil 5 after the classics that were Resident Evil‘s 1 through 4. How wrong I was! Whilst the mainline series had a dip in form with both 5 and 6, the Revelations spin-offs were holding their own and – now that they are both together on the Switch at a reasonable price – you’d be as mad as the Overseer to miss out on them!

Resident Evil Revelations 2 takes everything from the first game and improves upon it. Although I am torn between which location I prefer (Cruise Ship vs Island facility) I feel that this sequel has benefitted from being developed for consoles. The Revelations spinoff series has produced arguably two of the best Resident Evil games since Resident Evil 4 on the Gamecube, and now we can finally experience them both together on a Nintendo console!