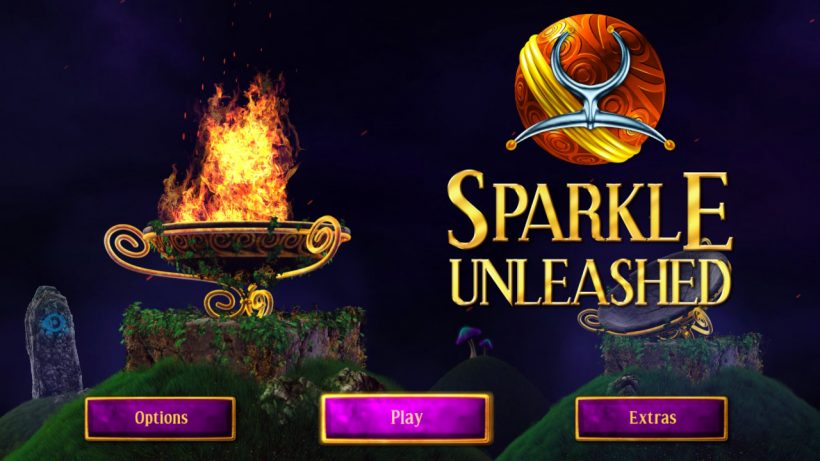 A load of balls?

10tons have continued their onslaught of games on the Nintendo eShop, this time by giving us a sequel to Sparkle 2, a title they released back in October, but is this a sequel worth picking up or a great starting point for people wanting to give the series a go? Let’s find out.

Sparkle Unleashed has a very vague story believe it or not – the game starts off by informing you that the forest the game is based within has gone silent and darkness has taken over it – your quest is to journey through the forest and restore the light to it. 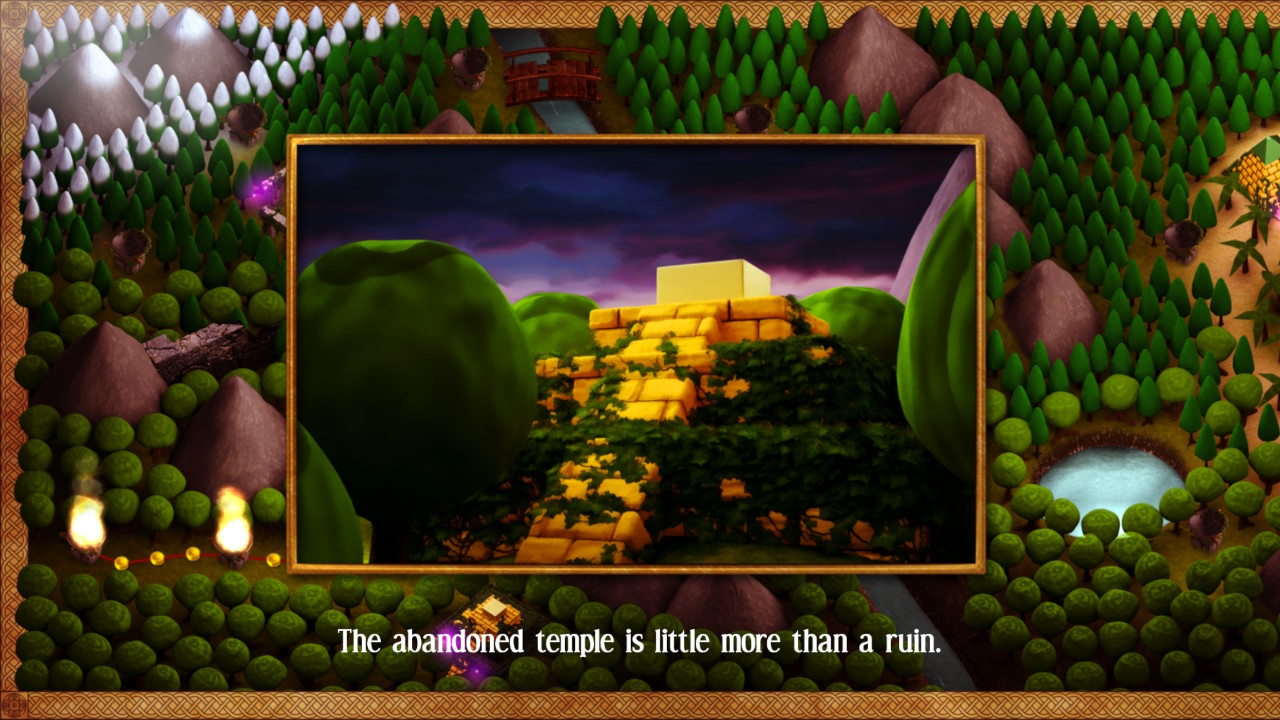 The game presents you with a map screen that shows the expansive forest you’ll spend the next 108 levels travelling through before throwing you into the game’s levels. Here your goal is to clear rows of oncoming different coloured marbles by matching 3 or more of the same colour together. You’re given control of a bow and arrow type shooter that allows you to throw these marbles into the rows of marbles moving on screen.

Unlike its predecessor, Sparkle Unleashed only allows you to move left and right, ditching the 360 degree movement offered by Sparkle 2. You move using the left analogue stick and fire marbles using the A button or ZR button,  you also get to see what your next marble will be and you can swap between your current marble and next marble by pressing the B button. 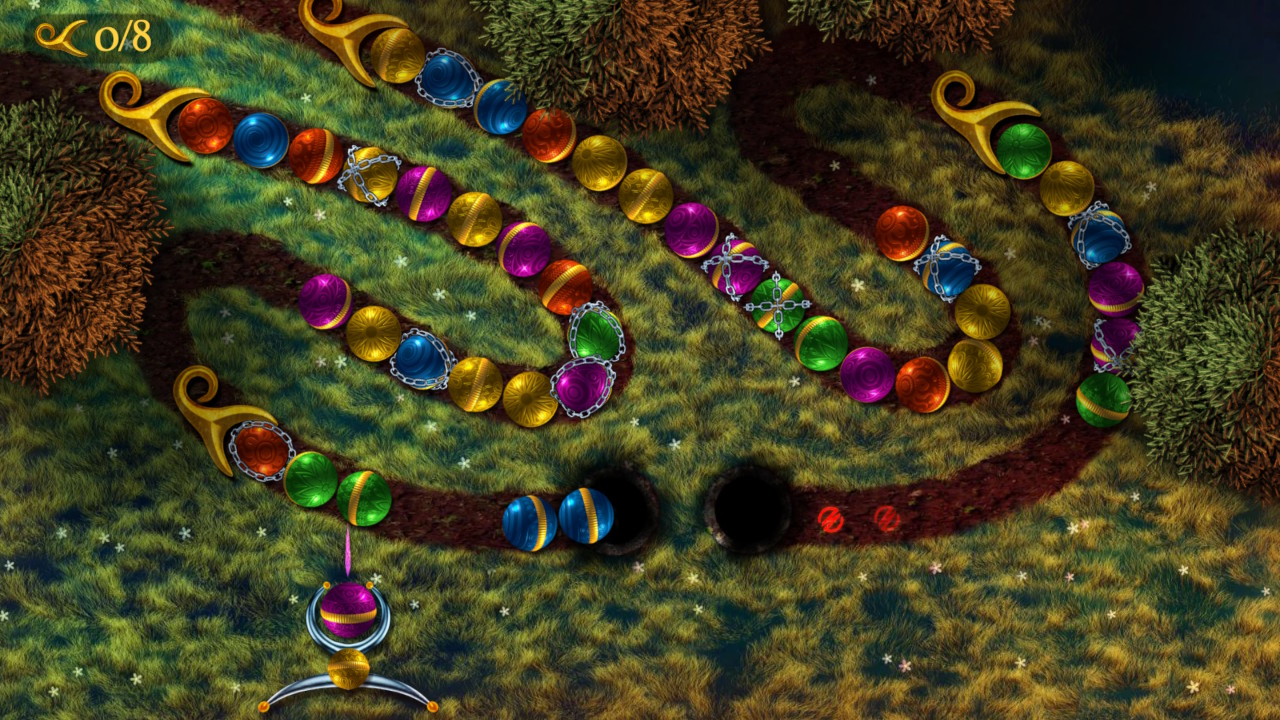 As you play you’ll find magic keys that allow you to unlock special abilities which can aid you in difficult situations in levels. These range from a marble that can disguise itself as any colour, a freeze beam that destroys a lot of marbles at any one time and a colour destroyer which removes all of the marbles of a specific colour on screen when used. Special abilities are given when you destroy three sets of marbles in a row and can then be used to get yourself out of difficult situations.

Levels last around two to five minutes and are based in five different level layouts. Some levels contain one path where only one row of marbles will appear on screen at a time. However, the more difficult levels come when there are two sets of marbles on screen. Trying to manage two rows without failing can often be frustrating and these levels were the ones where I spent most of my time in the game. 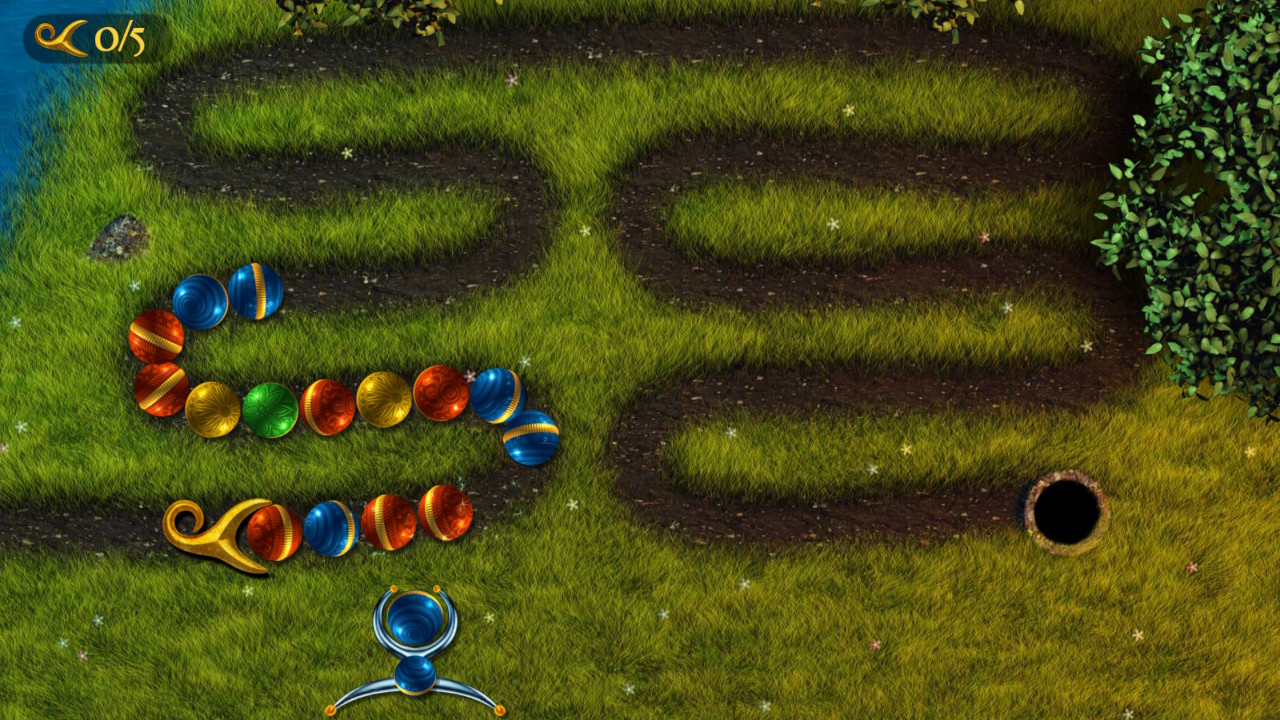 Presentation in Sparkle Unleashed is unfortunately questionable – while all five arenas look great, these are repeatedly used throughout the game’s 108 levels which can become very boring after a while. The soundtrack also suffers from the same issue – there are only around five songs within the game which loop after one another in levels. They’ll become ingrained in your head, but for all the wrong reasons.

Sparkle Unleashed offers a lot of content but at a cost – whilst it can be addictive, the fact that the game reuses levels throughout its duration can leave a slight taste of disappointment. If you’ve not played a Sparkle game before then I can recommend Sparkle Unleashed, but if you’ve experienced Sparkle 2 previously then unless you truly loved it and want more of that style of gameplay you may find yourself disappointed.

Sparkle Unleashed is a fun and addictive puzzle game with plenty of content to keep you playing for a good 6-8 hours. Its downside is that it reuses content to keep its longevity going which can be a bit disappointing.