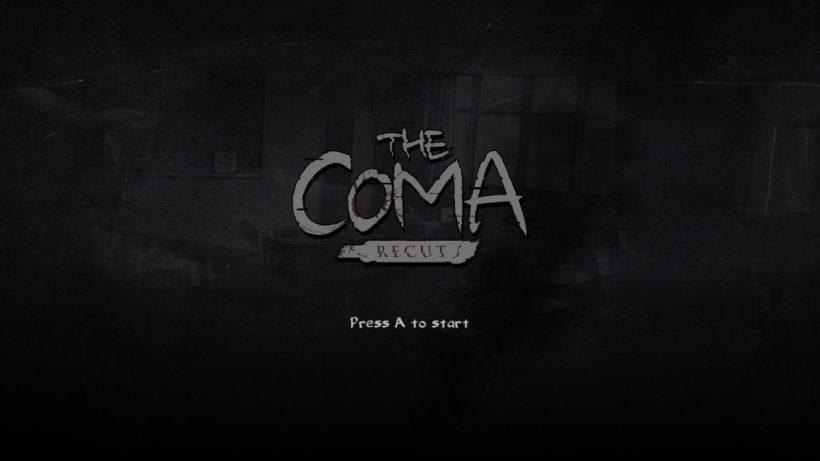 I love a good horror game. When a game can fill you with chill and suspense it offers an immersive experience, and thankfully The Coma: Recut offers just that.

In this Korean title you play as Youngho, a schoolboy ready to take his finals, only to find that another student took his life at the school the day before. Youngho, who has the hots for teacher Miss Song, panics about his grades, until he enters the titular coma – a dark world set inside the school where his super attractive teacher is now a demented killer.

The action is all presented from a side-on view, and you walk through corridors searching for the items and enemies which will advance the story, and all the while ducking into classrooms and corridors to find out everything that Youngho’s school has to offer. It feels like a game you might have played on the internet in the mid-2000s but, fortunately, it’s not worse off for it.

You have no weapons, and your usable items are all for evasive and health-recovering use. When you see the teacher, you’ll need to leg it until she gives up the chase, or use the left trigger buttons to dodge roll or hide in the shadows. You can also hide in toilet cubicles and cupboards. Sadly, button responsiveness isn’t great, and it’s of the utmost importance here. Hiding only works if the killer doesn’t see you when you hide (ie, she was in a different room or corridor). She’s hard to avoid as it is, so having to press the button three times to hide, or turn on your torch, is a big pain. To make matters worse, you need to worry about stamina. Hiding (apart from in cubicles and cupboards), rolling and running all use it up, so that can be frustrating.

The anime visuals do well to give the player an affinity with Youngho; that helps the atmosphere, which is done excellently and is everything that you could ask of a horror game such as this. The music is creepy and chilling, with footsteps echoing through corridors to let you know that the killer shaped like Miss Song is nearby and waiting to strike.

However, the positioning of Miss Song isn’t quite delivered as seamlessly as I would have liked. I wouldn’t go as far as to say it falls down, but where the game trips and stumbles is through the generation of Song randomly – in some cases, you’ll have to go in and out of rooms back and forth for multiple attempts before she finally fails to generate in the room and allows you some much-sought-after breathing space to do some exploring.

It’s a pain, because when you go through a door and you aren’t expecting her, she can quickly take a slash at you and deplete your health fast. She can even move through doors and staircases herself, so you’re always on-edge – that’s a good thing, but they could have done with leaning a little further to the suspense side of things, where you’re always second-guessing if she’s near or not, rather than the reality which is that she’s there just a little too much.

I enjoyed The Coma: Recut. The story, presentation and scares are top-notch, but if they could patch the button and generation issues, we’d have the complete package.

The Coma: Recut comes recommended, but beware: while you do expect a bit of clunkiness in the controls for a horror title, as it adds to the effect, the unresponsiveness of the buttons at key moments where you need to either hide, dodge or dim your flashlight can make this a challenging experience at times.