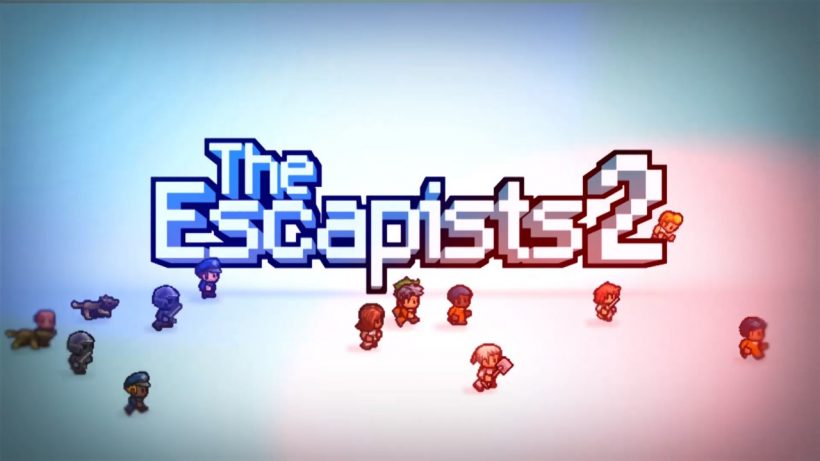 Like real prisons, there are a few cons associated with this game!

Being a big fan of films like The Shawshank Redemption and The Green Mile, The Escapists has been a game that has always intrigued me. Having never got round to playing the first game, when the sequel was announced to be released on the Switch I thought it was as good a time as any to give the prison-break game a go.

Mouldy Toof’s latest eases you into the escaping lark by the means of a tutorial, where a fellow named Robinson tells you the story of how he escaped prison – with you taking control of him during this flashback to learn the basics of The Escapists 2. However, it soon becomes apparent that “the basics” are certainly not enough. The prisons that make up the game’s levels come in varying shapes, sizes and themes – ranging from Wild West and Space to a Prisoner of War camp – but they all follow a similar structure. Life in the prison is all about routine, and you will have to plan your escape whilst adhering to these tight schedules – with eating, exercise, roll call and work all chipping away at your valuable plotting time.

Your fellow inmates will also seek your help, completing their tasks provides you with useful items or currency with which you can purchase items from other inmates. This isn’t the only way for you to obtain contraband, with the ability to loot your fellow inmates’ desks also available. Using the gear you acquire you can craft the items needed for you to escape – with weapons, uniforms and keys available to create with the required resources and crafting skill.

However, you will need to manage these resources carefully and be wary about what you carry – if you pass through a metal detector with contraband then you run the risk of having your items confiscated. Likewise, the same will happen if you get caught by the guards doing something you shouldn’t – and you’ll end up in the infirmary/solitary confinement as a reward! I found this to be one of the most frustrating things about The Escapists 2 due to the fact that you could spend days in-game collecting items and plotting the perfect escape, all for it to be undone in a split second – sending you back to square one. You can’t save your progress either, with the game constantly autosaving, so although you can experiment with trial and error the punishment for failure will make you less inclined to do so.

There are also transportation-style prisons that mix things up by offering “timed” challenges where you need to escape within a certain time. These scrap routine and task you solely with just getting the hell out of there. I found these missions to be more accessible and all about the style of the escape – coaxing a horse with a carrot or repairing a jet ski to ride off into the sunset. I found these to be a lot more fun, and wish that this was an alternative play option across all the prisons in the game.

You can also play these maps in both online and offline multiplayer  – either cooperatively or versus another player. In the co-op mode, you and other escapees can join forces in your bids to escape, and there are co-op specific escapes available that require teamwork to complete. The versus mode sees you and another face off in a race to see who can escape first. The game removes the watchtower sniper and routines and allows you to dig outside freely and gives you all store items for free.

Overall, I found my time with The Escapists 2 to be a strange one. There were times when I thought the game was brilliant, and some of the throwaway humour brought a smile to my face. However, more often than not, I found myself frustrated and cursing at my Switch due to the failing an escape and losing hours of progress. With other players, this game can be a riot but on my own I found the game to be a little too repetitive and overwhelming – which is a shame, as I had high hopes for this game.

The Escapists 2 puts you in the shoes of a prisoner and tasks you with grabbing the dangling carrot of freedom. If you are a fan of the previous game or a fan of resource management and strategising then this game will be right up your alley. With the ability to play with others, this can end up being riotous fun. However, as a newcomer to the series, I found the mechanics to the game a little overwhelming and unwelcoming – which unfortunately detracted from my enjoyment of the game.