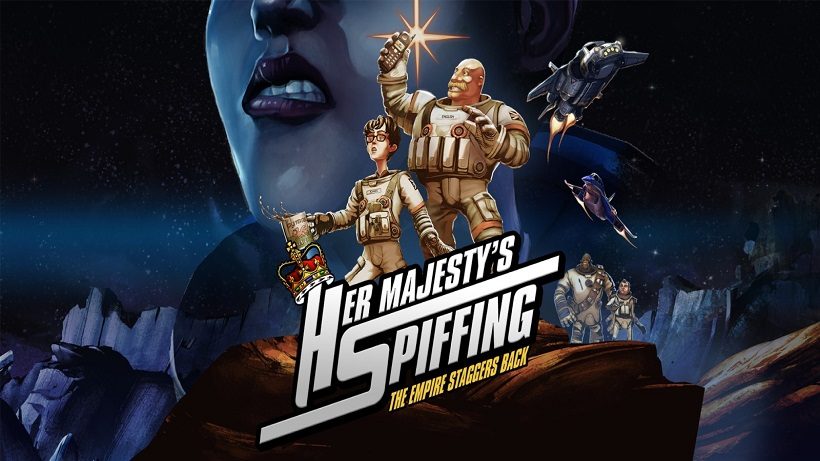 You were right about one thing, the negotiations were short

Times are grim, parliament is in disarray, and Britain finds itself increasingly isolated from global society. That is the fict…sorry, real life, set up that Her Majesty’s SPIFFING (HMS) uses as a launch pad – figuratively and literally –  for its sci-fi point-and-click adventure romp into the great unknown of space. The Queen has taken back control (because that has been going splendidly so far) using her Royal Prerogative and has installed herself in charge of an autocratic government dissolving parliament. With parliamentarians out of the way, wide-ranging and immediate improvements can be implemented. 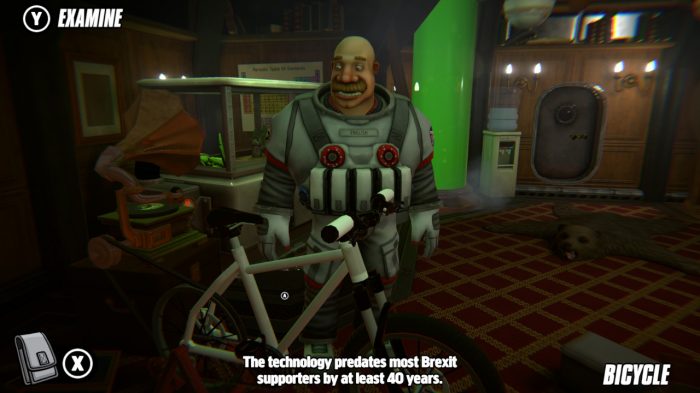 Before you have a chance to admire Hounslow Mission Control, Big Ben (Elizabeth Tower) is launched into space and with it, HMSS Imperialise; a converted Mini Cooper – wouldn’t be anything else. Like Britain’s negotiating efforts, the Imperialise is cobbled together with no unifying parts, the difference here is that somehow it miraculously all functions; for the most part. Aboard the Imperialise you take control of Captain Frank Lee English who is joined by Welsh subordinate Aled Jones who together represent Britain’s “best” hopes for colonising a new planet for Her Majesty. Still, it could be worse, it could’ve been the negotiating team led by Brexit bulldog David Davis. 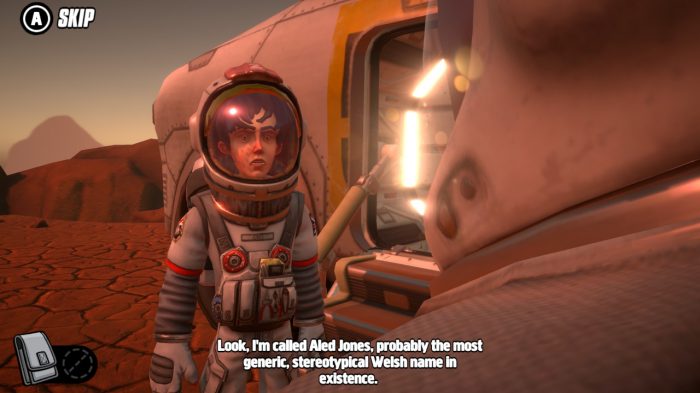 Once in control of English, just the very act of making a cup of tea almost scuppers the mission, and in classic point-and-click adventure game form, random objects like a rubber glove become key in the drawn-out process of fixing the ship. You’ll mostly be wandering around the Imperialise trying to source necessary items required for the complexities of post-Brexit space travel. Control wise the game functions more akin to Telltale’s brand of adventure games as you directly navigate English around. The adventure game genre tropes are still here, with the requirement of combining certain items and manipulating others to proceed.

It will soon come as no surprise that as far as gameplay is concerned, HMS brings nothing new and original to the negotiating table, but it does provide strong and stable implementation of the core adventure game tropes. All the while, the game’s humour is constantly criticising the very mechanics that comprise this genre. Therefore, this game is as much of a critique of old-school point-and-click adventure games as it is Brexit. That said, Britain’s current stature is never forgotten, and ultimately is often the butt of most jokes. Of course, this is British humour, which wouldn’t be correct if there wasn’t a healthy dose of self-deprecation. 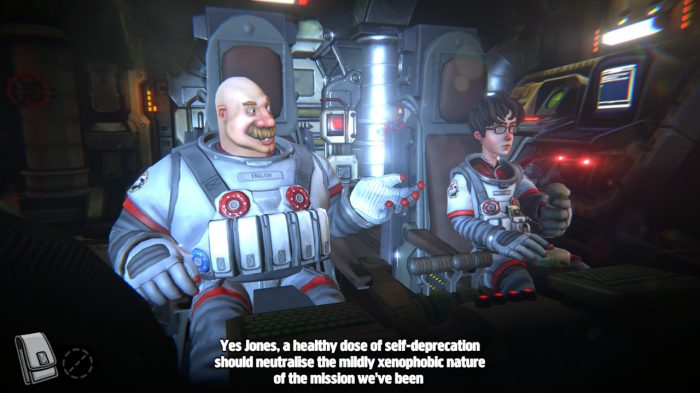 Before long you’ll find yourself on a barren planet – no fields of wheat here – only to find the dastardly French have beaten Britain to it, well we’ll see about that, no “Johnny Foreigner” is going to take our land. Sabotaging – no no, that’s exactly the kind of language we left behind, incapacitating (much better) the French colonisation effort provides a welcome relief from the sense of cabin fever brewing aboard the HMSS Imperialise. 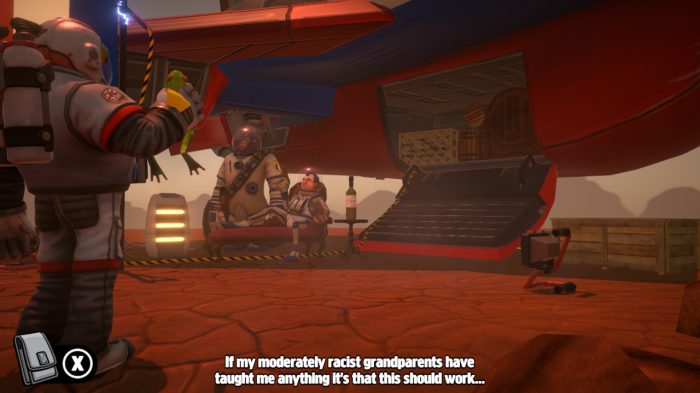 Your time serving Her Majesty will be short, but it’s for the best as your journey is played mostly for laughs. If you need a good laugh to distract from the ineptitude of British politicians or want a good giggle at Britain as a whole, then this might be worth reaching for that magic money tree.

Her Majesty’s SPIFFING provides a short jaunt into space. The gameplay is a shallow enactment of the genre, played out as a prolonged joke, but at its core, this is a game that places Britain in the spotlight and has a right old laugh.

One thought on “Her Majesty’s SPIFFING Review”