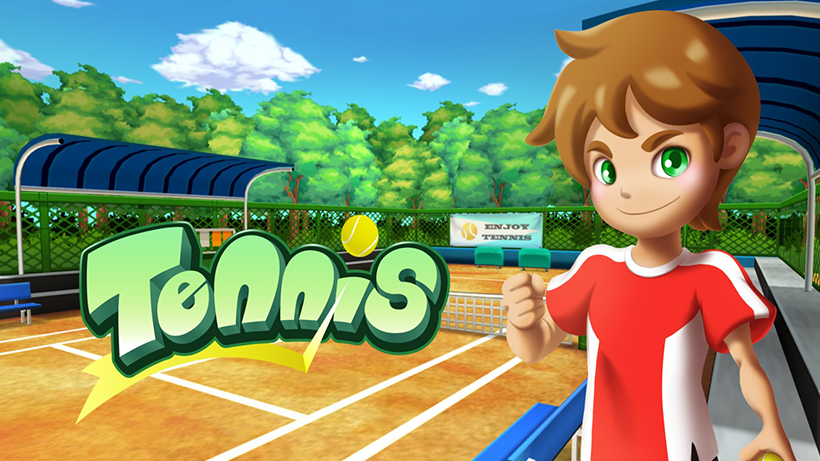 Double fault and then some.

Tennis – as the name may have given away – is a game replicating the famous sport of tennis. The game looks to put an arcade spin on the sport and deliver it in a bite-size chunk which sounds perfect for the Switch. Unfortunately the game fails on almost every front to make this an interesting experience. The game doesn’t mess with the rules of the sport outside of match length, you can alter how many games and sets are needed to win the settings so this can be as short or as long as you’re in the mood for. The game offers several modes to try out from a straight forward rally challenge which challenges you to keep a rally going for as long as possible, to the lengthier tournament mode which has you play 3 matches back to back to win the tournament. 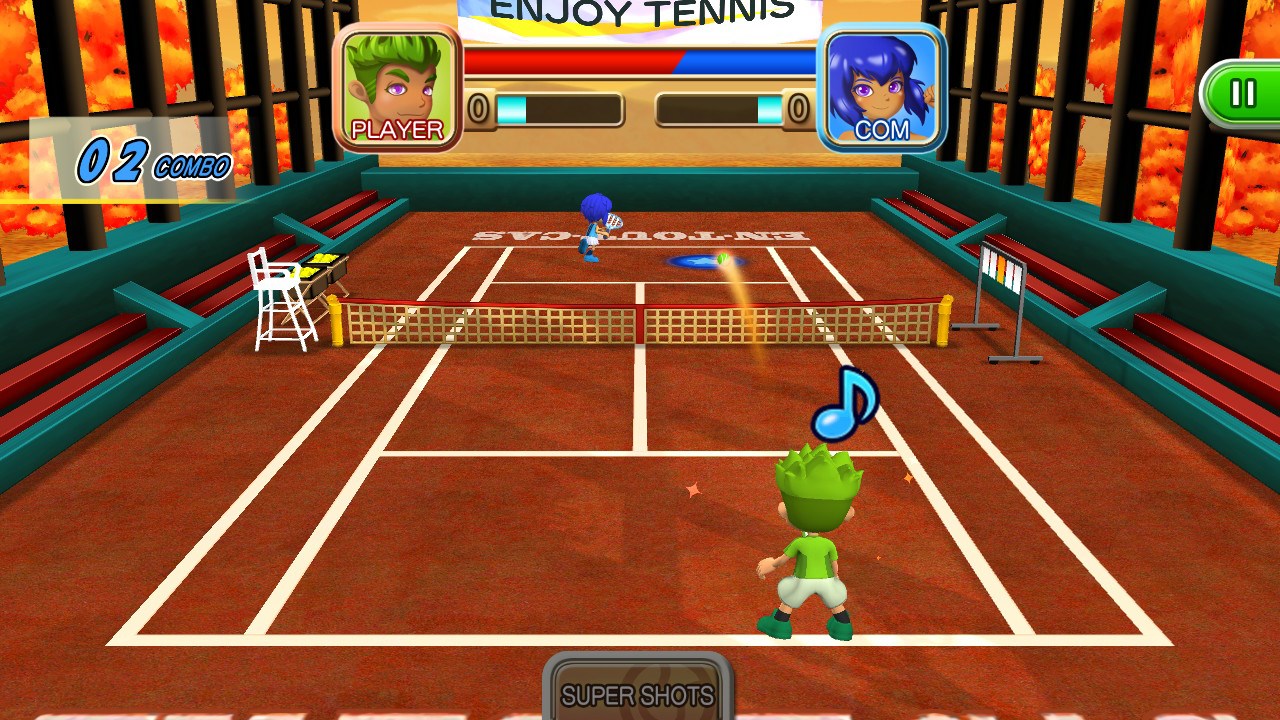 Once you’re on the court the game serves up some of its more arcade elements. During the match you’ll slowly accumulate energy which once you’ve filled the power meter up will allow you to execute a special shot, a powerful shot that’s hard to return, they’re mostly for show as you’ll often have to cope without these shots and you’ll find yourself winning points most of the time without them. Alas this is the only mechanic that attempts to make the game interesting, you shot selection is rather limited and even the choice on offer is relatively useless in practice. This is mostly a result of the game not allowing you control over the movement of your character. The game instead controls movement for you, moving the player towards the ball, all you have to do is aim your shot and time the button press correctly. It’s weird to see so much control taken away from the player and the result is that the gameplay is too simplified to be fun or challenging. 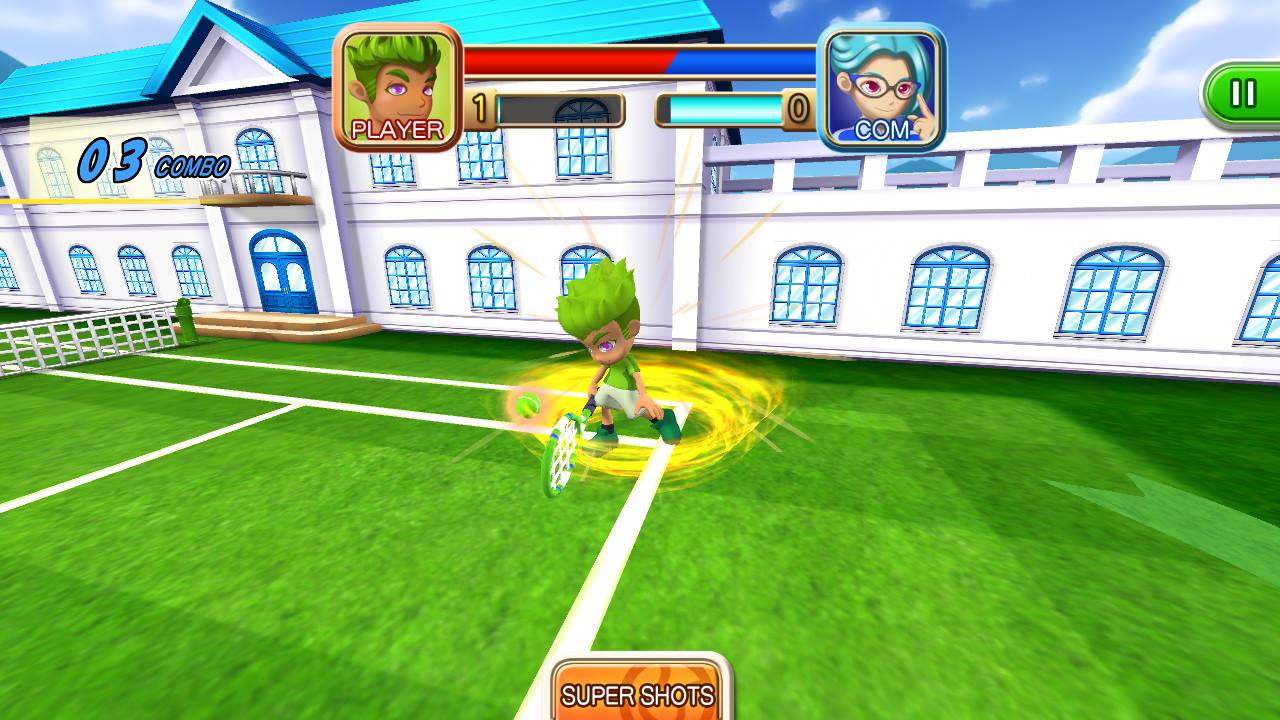 The lack of control over players seems to stem from the games attempt to offer a variety of control schemes which whilst impressive on paper has severely compromised the game. Aside from the traditional stick and button controls you can either play using the touchscreen or utilising the motion controls in the Joy-Con. These methods vary in their execution as well, touchscreen just about works but is such an uncomfortable way of playing this game that it’s hard to recommend. Using the Joy-Cons is novel and perhaps the best way to play the game, it brings back vibes of Wii Sports tennis swinging the Joy-Con to hit the ball. It doesn’t turn the game into a must buy, but if you are playing this game then this is the way I recommend experiencing it, plus you can play with 2 players like this so you can share suffering. 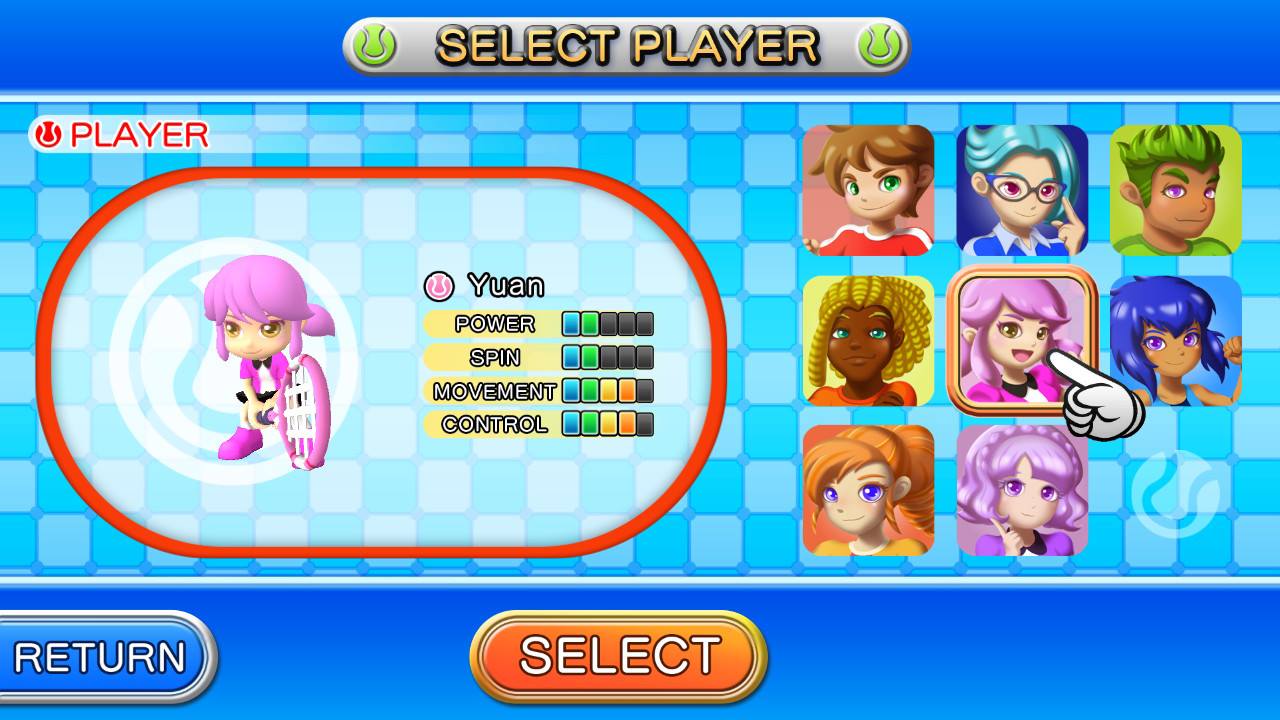 Baffling and limited gameplay aside the games visuals are bright and cheery as you’d expect but with the game several characters none of them seem to have any actual character to them beyond different voices and the stat difference feel so meaningless that the choice is purely cosmetic. All in all it highlights the games lack of content and general polish, Tennis sure is a tennis game but unless you’re a tennis addict who needs some aces in life, then you’re better off giving this a miss.

Tennis is a bite-size arcade take on the famous sport but a complete lack of interesting game modes and seriously lacking gameplay make this less of an ace and more of a double fault.