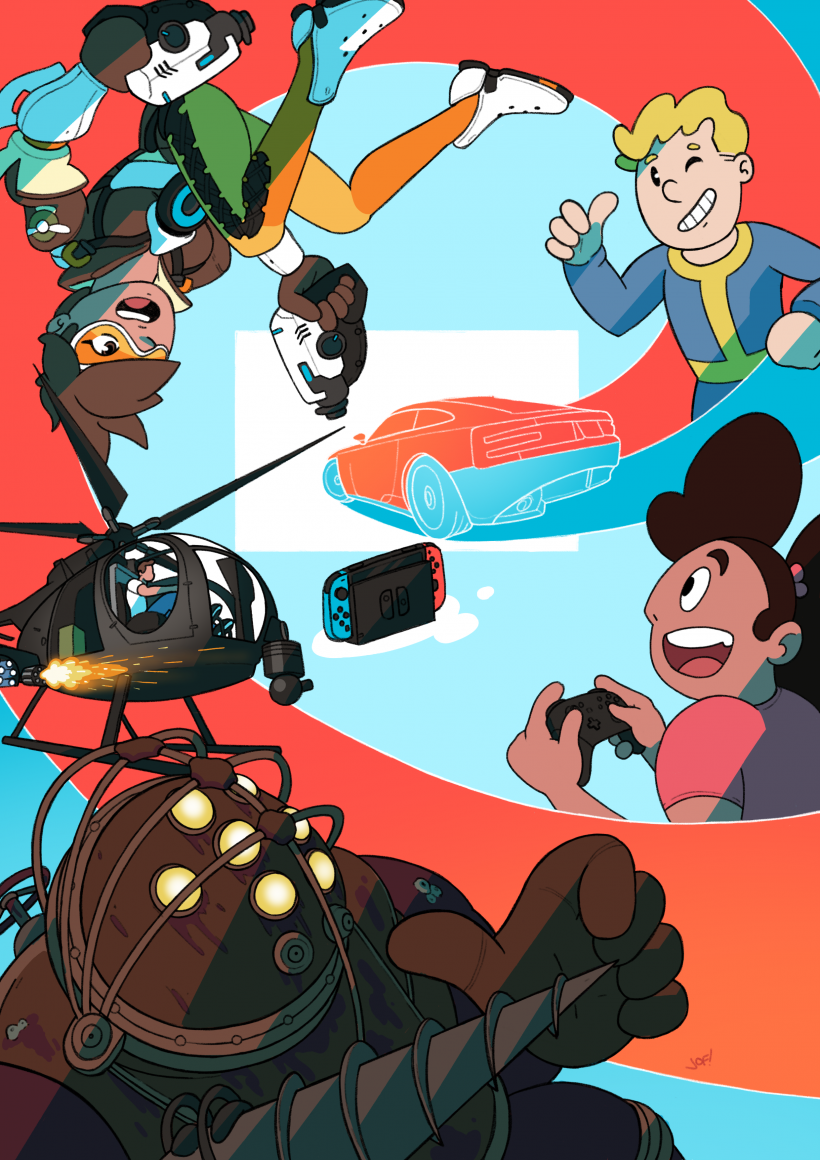 It was a blink-and-you’ll-miss-it moment in late-December when a Brazilian ratings board rated Burnout Paradise for the Nintendo Switch, before quickly removing their listing. Potential music licensing issues notwithstanding, it should, of course, be taken with a heavy pinch of salt for now. (Well, unless it’s been revealed already – this feature was written in January!) That said, out of all the rumours for Switch titles, Burnout Paradise is a game that I would LOVE to get the opportunity to play again. Racing around in Criterion’s epic open-world racer anywhere I choose would be phenomenal; personally, I think it’s a high-point for all open world racers. Not only is it one of my favourite racers, I’d place it in my top 10 games I’ve ever played.

I’ve always had a soft spot for the Burnout series, whether it was the sense of speed, the carnage from collisions or just the general frenetic gameplay and Paradise merged all of this into an environment where you could go anywhere and do anything. The “Easy Drive” menu system was brilliant, as was the way you engaged with races and competitors. I loved Need for Speed: Most Wanted but I have to say, in my opinion, Paradise was superior to its spiritual successor in every single way and would be a perfect addition to the Switch’s library.

It got me thinking, though. Whilst many folks would rather have new games, especially third-party ones on the Switch (this writer included; hello Overwatch), I do feel that the Switch is perfectly placed to receive older generation games, whether re-mastered or not. There’s a whole library of games on the PlayStation 3 and Xbox 360 (and other systems besides) that many folks may not have experienced before. There’s an audience of folks that cannot commandeer the television set and play games as and when they feel like it (parent-types, I’m looking at you) and the portable and unrestrictive experience offered by the Switch opens up the possibility to play some classic titles that they may not have encountered before.

Some of these titles may be a few years old, but for someone that’s never played the games before they would be brand new; especially on a Nintendo system. Fallout 3 or New Vegas? Bioshock? How about Grand Theft Auto V or Red Dead Redemption? There are far too many games to list here, but I’m sure you can think of one you’d either love to play, or play again on the Switch.

There’s something about the portability that suits these experiences, as anyone who’s been playing Doom, Skyrim or L.A. Noire will tell you. That’s not to say I’d be happy with just ports of classic titles, far from it. Of course, I’d rather newer instalments of third-party offerings. Announcements like Bayonetta 3 and Mega Man 11 are very welcome, and I cannot wait to get my hands on these games. I just feel that third parties looking to shift a few games on a very popular system may be missing a golden opportunity to grow an audience for some of their back catalogue. In theory, anything designed for the previous generation could work well on the Switch as the fabulously optimized Skyrim showcases.

The Switch has exceeded most expectations and is in a far stronger position than anyone probably would have predicted a year ago. However, there are still question marks over the longevity and level of the third-party support, which will ultimately affect the wider and longer-lasting appeal of the system beyond Nintendo’s core offerings. Titles from these publishers’ back catalogues (not overdone, of course) could be a nice easy win for them and for us as Switch owners. Now, who do I have to speak to about getting that Modern Warfare Re-master on the Switch?

2 thoughts on “Take me down to Paradise City”