Watch out, because new music and a new DC Super Heroes DLC Pack are racing into Rocket League very soon in 2018.

It seems that Psyonix, the independent developer and publisher of Rocket League, has several surprises in store for fans of its critically-acclaimed sports game this year. Not only has it been announced this month that on March 5th, a premium DLC pack centred on the DC Superhero Universe will be racing into the game, but there are also plans for four new playlists to arrive on Rocket League Radio throughout 2018, courtesy of Monstercat, the leading independent record label in the Dance music scene.

First of all, the premium DC Super Heroes DLC pack will be priced at $3.99 (roughly £2.79 here in the UK, though price conversions are not yet confirmed) and will include two premium Battle-Cars and a plethora of new cosmetic items based on DC’s greatest heroes. This DLC pack has been officially licensed by Warner Bros. Interactive Entertainment on the behalf of DC Entertainment, and has been scheduled for release in partnership with Psyonix. You can find more information on the official Rocket League website here, and you can find the full list of the pack’s contents below:

Additionally, as aforementioned, Psyonix will be teaming up with Monstercat to bring four new music playlists to Rocket League Radio in 2018. These will be available across all of Rocket League’s platforms – i.e. PlayStation 4, Xbox One, PC (via Steam) and (of course) Nintendo Switch – the first of which will be the long-awaited Rocket League x Monstercat Vol. 2 playlist, which follows the success of the Rocket League x Monstercat Vol. 1 playlist which released in July of last year. This second volume is promised to land in the Spring feature update, and will be a shorter, EP-length release compared to Vol. 1 in an effort by Psyonix to diversify the new music to be included in the game. 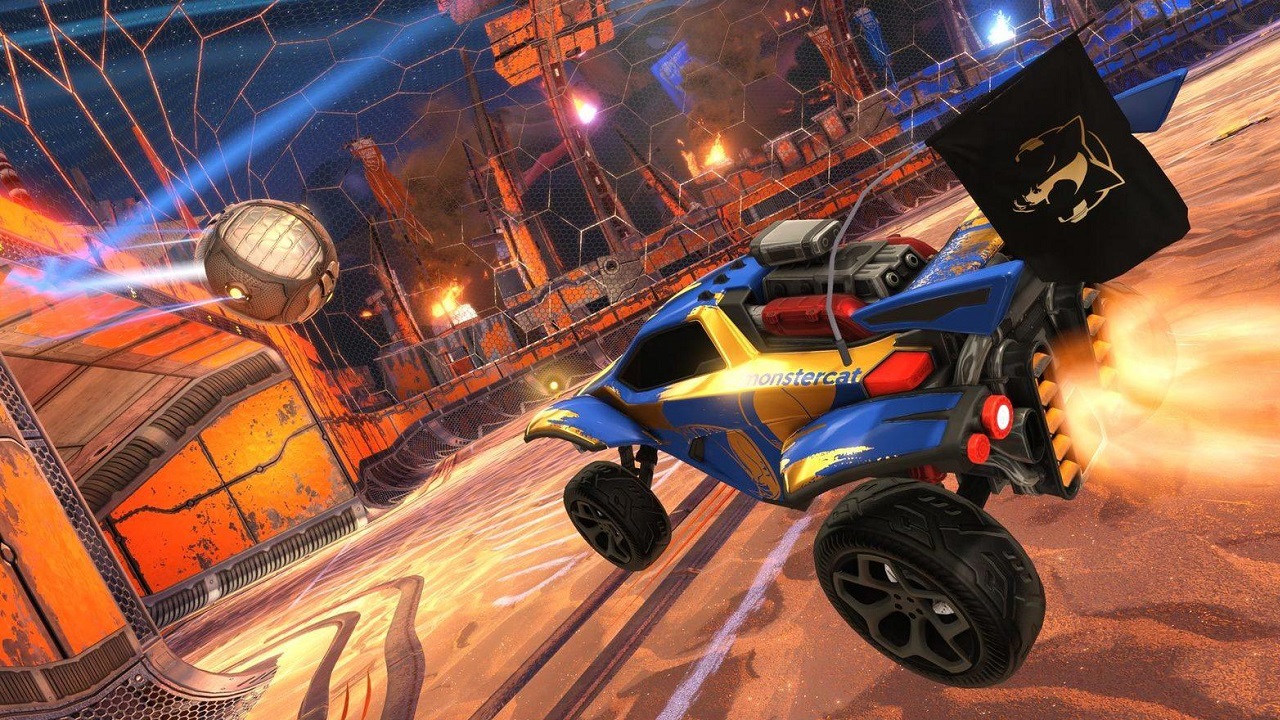 All of the upcoming Rocket League x Monstercat playlists will fit into both of Monstercat’s signature styles – ‘Instinct’ and ‘Uncaged’ – and will have a similar EP-length structure. It has also been confirmed that as part of these new playlist updates, new in-game Monstercat-themed Flags and Antennas will also be added alongside the launches of each playlist, giving players even more customisation options for their vehicles. More details about the artists and tracks to be featured on this second Rocket League x Monstercat volume, as well as more information about these new customisation pieces, will be revealed throughout the rest of February and March, leading up to the Spring update’s release in March/April [source].

So, are you excited for these upcoming DLC additions to Rocket League? Have you been waiting for some new tracks to listen to while playing? Are you a huge fan of DC superheroes and can’t wait for the upcoming premium DLC pack? Let us know down in the comments, and be sure to stick with us here at Switch Player for all the latest Rocket League news and updates.