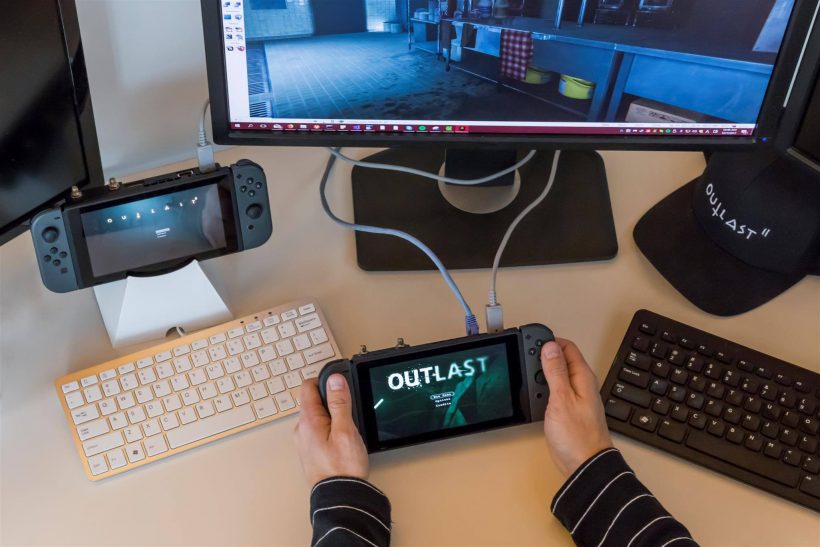 Following a post in December from developer Red Barrels, Outlast: Bundle of Terror edition has popped up out of the blue on the Nintendo eShop for £19.99. The bundle will bag you not only the original Outlast title, but also the Whistle-blower DLC, with a file size of 5.7GB.

Outlast puts you in control of an investigative journalist who decides it would be a good idea to go and film an abandoned psychiatric hospital. As you can tell, it all goes downhill pretty quickly. The game is a welcome survival horror addition to the Switch’s library, and may be worth a shot if you were a fan of the Resident Evil: Revelations games that arrived last year. Check out our reviews for those games here:

Outlast originally released back in 2013, and garnered popularity online through a lot of coverage by YouTubers. There is also an eShop listing for Outlast 2 which is set to release on March 27th – creeping up a lot faster than initially thought…

Outlast 2 will cost £26.99 and take up 9.6GB worth of space, so ensure you have some free space if you want to accommodate all the jump scares!