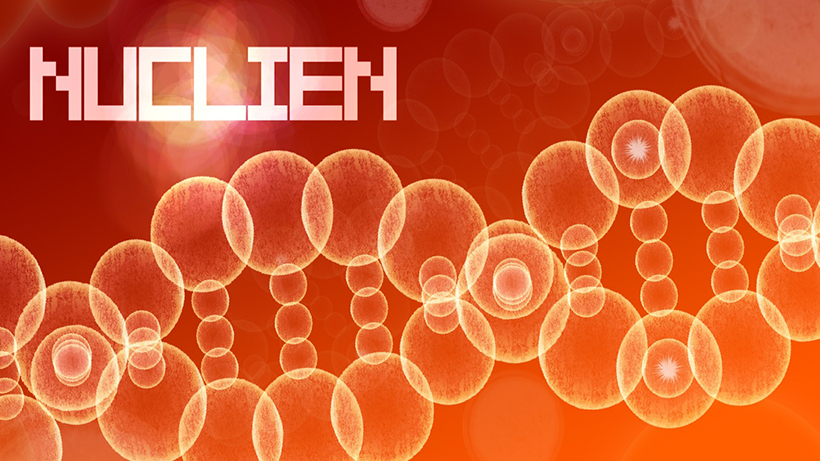 All DNA. No Charm. 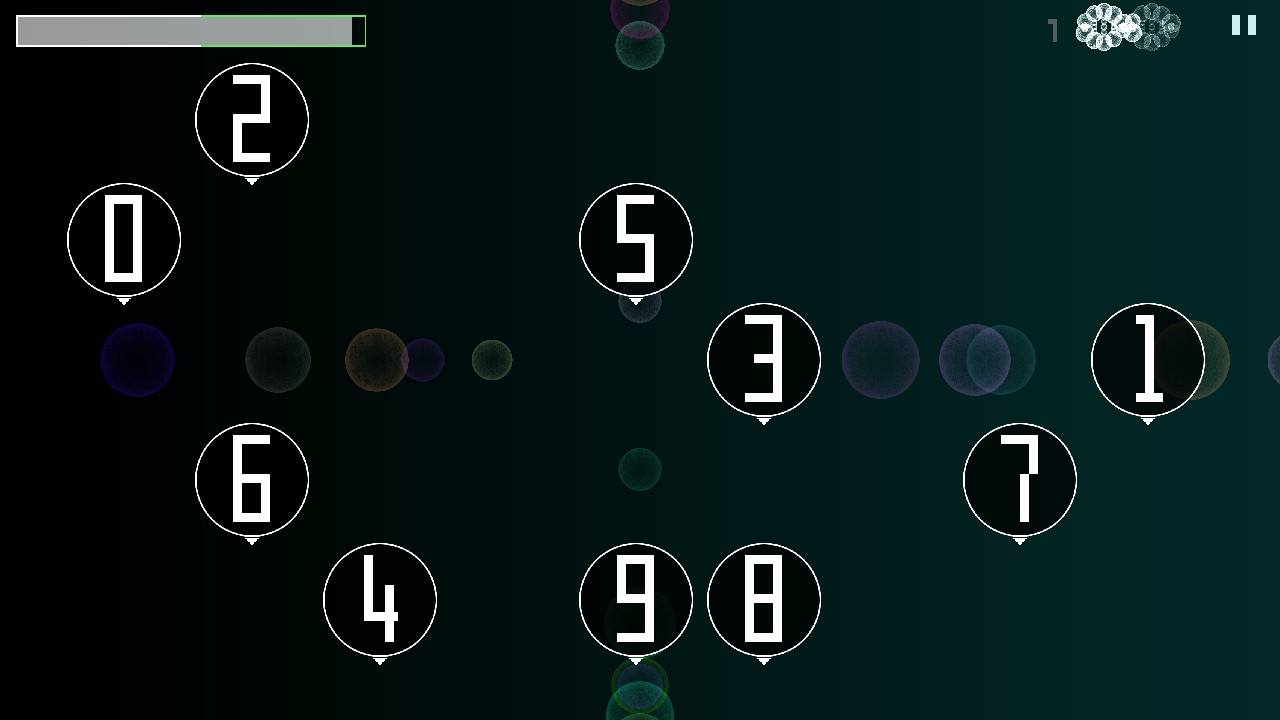 Nuclien is a nice and simple game that is either the challenging gem you’re looking for or a dull high score you’re better off looking past. The premise of the game is a straightforward high score chasing experience, you have to tap the numbers that appear on screen in order before your timer runs out – the faster you do so the higher your score. The way the game attempts to mix things up is through the ordering of the numbers, sometimes you’ll have to tap the highest number first down to lowest or vice versa. Things get really twitchy when the game asks you to do both at once for 2 different sets of numbers. Initially, the levels are tame and lack any sort of challenge outside of making sure you can count, later, however, levels become far more complex with the screen filled with numbers to pick through. These later levels can certainly provide a challenge that makes things more interesting but there are too many bland levels to get there and even once there, the only thrill is in perfecting those scores. 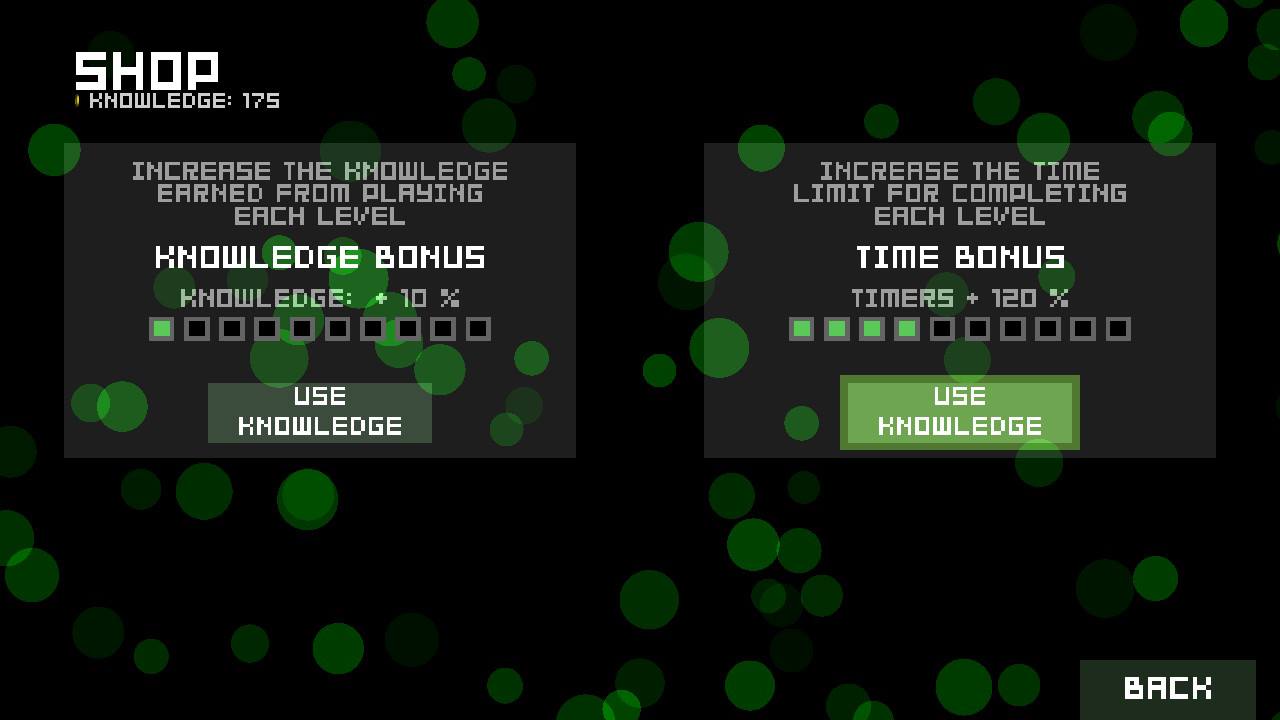 In between levels you can spend some of your currency (‘Knowledge’) to help out either by unlocking a boost to the rate you gain knowledge or the more useful increased time limit for stages. This portion of the game is not particularly fleshed out but it exists and the increased time limits can help when you find yourself struggling late in the game. Just don’t expect some deep metagame outside of the individual stages.

It’s not at all complicated and that, unfortunately, has the side effect of this game wearing a little thin way too soon. For 5 minutes it was interesting seeing if I could keep up with the numbers and if my hand-eye co-ordination was up to the task, but as time wore on and the levels got harder it became a little repetitive and dull – even if my reflexes were up to the challenge my concentration would wane. Levels just weren’t that interesting, it lacks the mental gymnastics of a traditional puzzle game and the lack of interesting visuals or mechanics make high score chasing dull and anti-climatic. 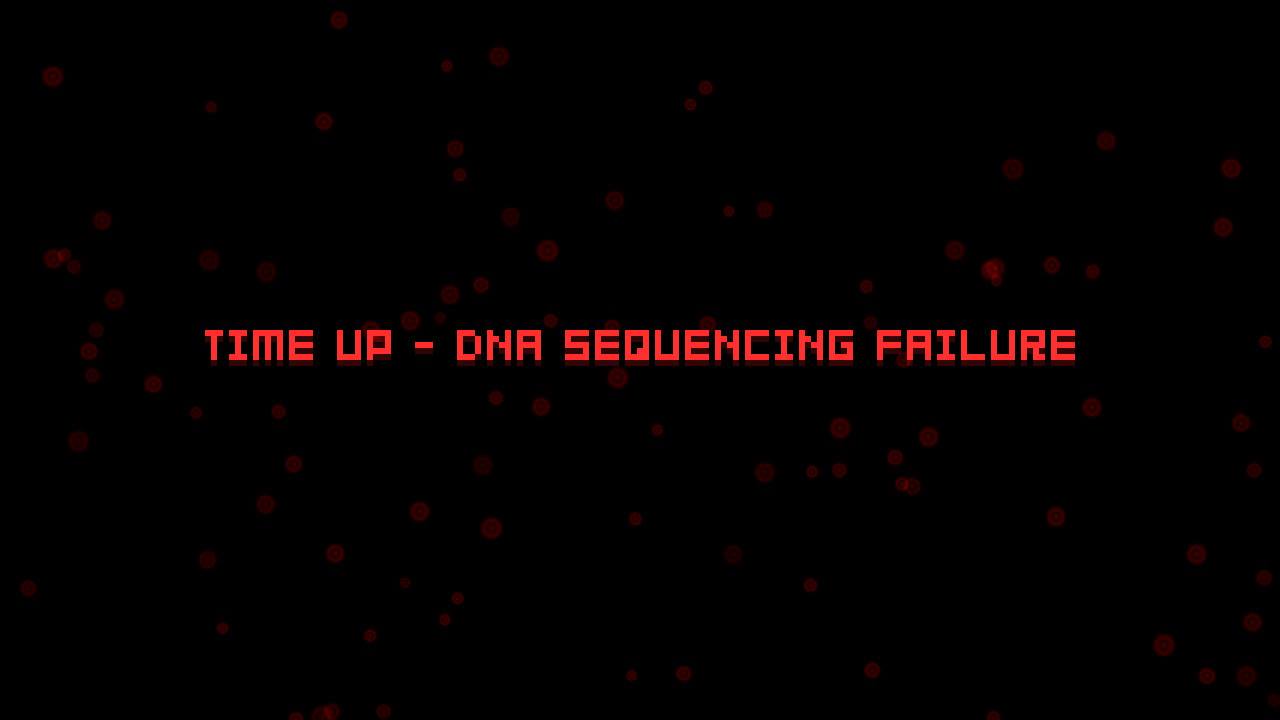 Speaking of which, the game just about lacks in every department. Visually, the game is devoid of an interesting style, the numbers are, well, numbers in either squares or circles. It certainly does the job and, perhaps in a saving grace, the visual effects don’t get in the way of the gameplay. It just lacks any real charm or life. On the upside, the soundtrack is much better and keeps things feeling a bit more upbeat, if the rest of the game had a similar liveliness to it then things might be more promising.

All in all Nuclien has simple arcade gameplay that can be easy to get in and chase some high scores, but, on the whole, the experience here is lacking enough interesting concepts or execution to be recommended. Arcade addicts might be able to find enough challenge in the later levels to make it worthwhile but the rest of this experience is just too forgettable.

Nuclien attempts to offer up an addicting arcade puzzle game but unfortunately the experience is too boiled down and fails to offer up anything overly interesting to anyone not explicitly chasing the top spot on leader boards.