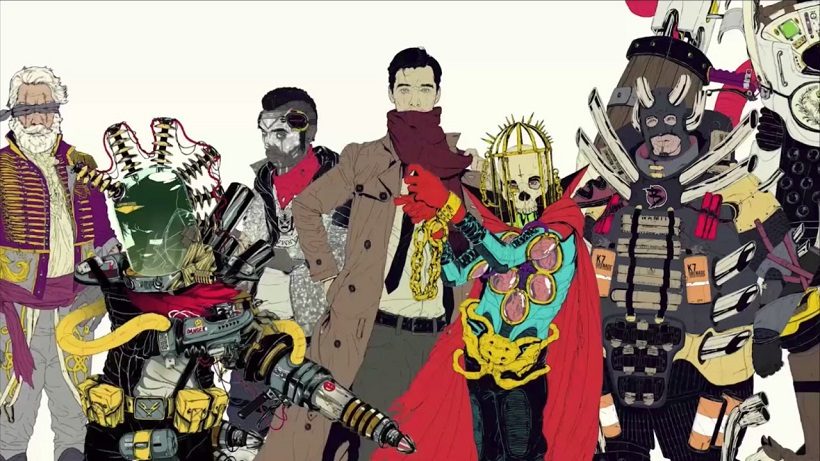 Travis Strikes Again: No More Heroes was first, rather chaotically (I mean, it is Suda51 after all), announced during the Switch reveal presentation early in 2017. Since then we have seen a prerendered video giving us a feel for what Suda had in mind for the game, along with information that it will be unlike the previous two games in the series. Instead, focusing on different game types inspired by existing indie games that Travis will interact with.

Now we finally have some footage showing the game in action, along with some new information, provided during the latest Nintendo Direct. Unsurprisingly, the game will be mix-mash of different game types as well as visual styles, culminating in a total of seven different game titles. The in-game explanation for all of this is that this is the result of “bugs” appearing within the Death Drive Mark 2 gaming system that Travis has been sucked into Tron-style. Each game title concludes with unique boss battle (in keeping with previous NMH games).

Aside from the new footage, there is little new information, other than it remains a Switch exclusive and is set for release sometime in 2018. It also represents the first time that Suda51 is taking a leading role and directing the game, marking the first time since stepping back and focusing on supporting other directors since the original No More Heroes for the Wii.

You can watch the trailer that appeared during the Nintendo Direct below and let us know in the comments what you’re looking forward to from Travis’ return.