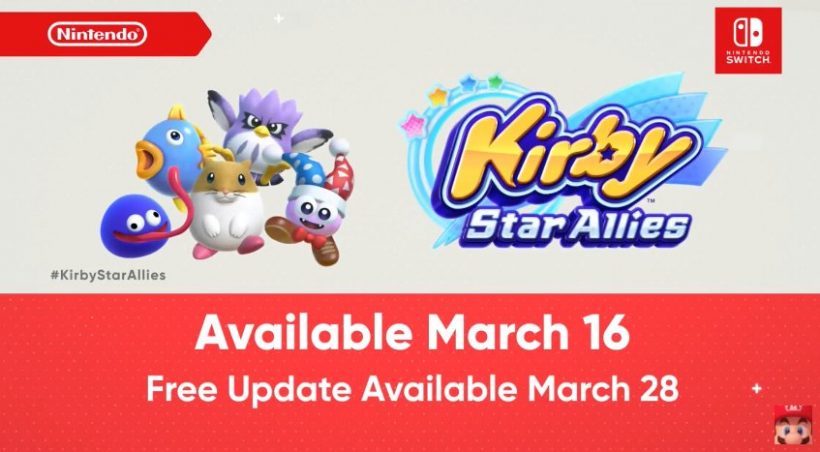 Team up with King DeDeDe, Meta Knight and others in Kirby’s latest outing

Kirby: Star Allies will allow you to team up with classic enemies King DeDeDe, Meta Knight and Bandana Waddle Dee.

The news was confirmed in Thursday’s Nintendo Direct as one final update before the game’s impending release.

When fighting through the game, the legacy Kirby characters will be found in Dream Palaces.

There to help you with progressing through the levels, the characters are known as Dream Friends.

More Dream Friends will become available as DLC after launch.

The game releases as soon as March 16, with the first free update out on March 28.

Are you excited to take control of Kirby again?