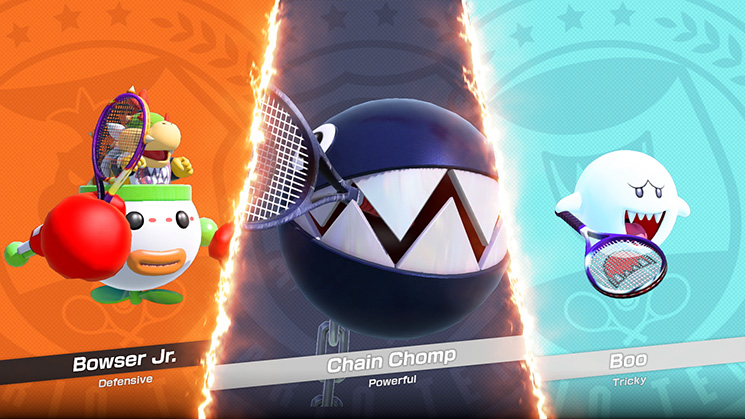 This news is off the Chain-Chomp.

Nintendo’s new trailer for the game, launching on June 22nd, will have over 15 playable characters, ranging from expected players such as Wario and Yoshi, all the way to some pretty weird wildcards like Chain-Chomp. I’m not complaining. Other characters will be released post-launch, in a fashion similar to Arms and Splatoon.

Perhaps a response to the criticism revolving around the previous Mario Tennis title on WiiU, there was also a focus on a variety of new gameplay mechanics to look forward to. ‘Zone Shot’, for example, allows you to use the Switch’s in-built gyroscope to aim the ball directly onto the opponent’s court and stir up the match. Blocking and worryingly fragile Tennis rackets also look to spice up the strategy. For those wanting to play casually, there is even a ‘Swing mode’, allowing you to use the Joy-Cons as motion controllers.

As mentioned earlier, Mario Tennis Aces is set to release on June 22nd, although there is a Pre-Launch tournament planned for those wanting to test the waters in online play. Nintendo are to release more information on this within the coming weeks.

Will you be picking up Mario Tennis Aces on launch? Unless you’re my doubles partner, you’d be wise to not step on the same court as me. I’ll have you know I was acing all over the shop back on Wii Sports.