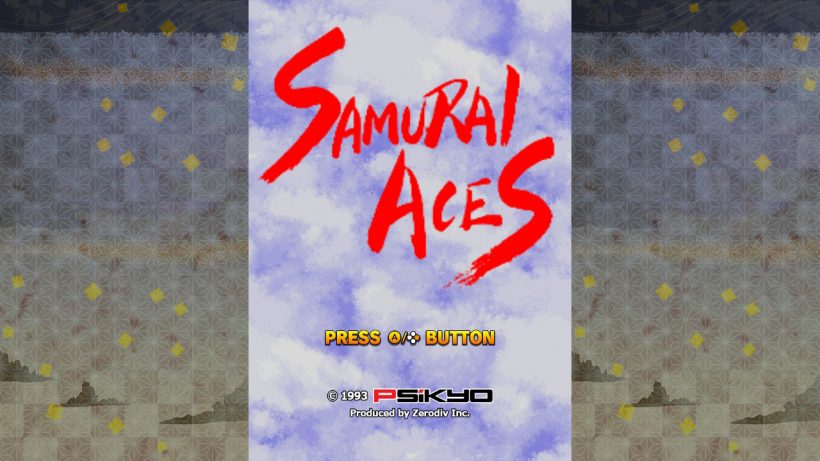 The Switch is quite clearly becoming the go-to machine for ‘shmup’ games. Whether that’s a good thing or a bad thing would depend on your own experience and enjoyment of the genre, but having such a variety of titles to choose from is nothing to moan about. Samurai Aces is one of the latest additions to the console, and coming from original developer Psikyo, it plays a lot like Gunbird – so much so, in fact, that the uninitiated might actually mistake it as the same game, right down to the identical power-up icons and overall art style.

In fairly standard fashion, Samurai Aces gives you a selection of characters/vehicles to choose from, each of which well equipped to shoot down anything in your path, but none containing specific advantages or disadvantages to the others – your choice is largely down to personal preference. You must then utilise your character to progress through seven levels (if you can), and there’s little more to it other than move and shoot, but that’s all you need with a game of this nature. Its gameplay is so sharp and focused, it would be a disservice to pad it with unnecessary bulk. 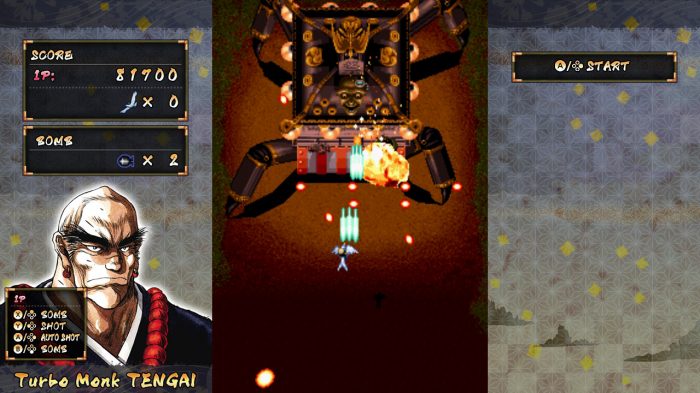 Much like with Gunbird, Samurai Aces once again caters to all manner of players, with a range of difficulty levels designed to either let you coast through the game, or get your ass handed to you repeatedly – in the game’s higher difficulty levels, should you die enough times, it’s game over entirely and you’ll need to start again from scratch.

The levels themselves are suitably varied, and you’ll find yourself flying over a host of varied, attractive locales. You’ll need to stay on your toes, though. Much of what you see can potentially kill you, and soon enough you’ll have a barrage of bullets flying toward you in all directions, and even the enemies themselves will occasionally zoom towards you, kamikaze style. Should you proceed through the level intact, you’ll come across a boss. These can be thrilling battles, requiring you to target specific areas in order to bring them down, but with hundreds of bullets coming toward you at the same time, your ability to balance defence and offence becomes paramount. 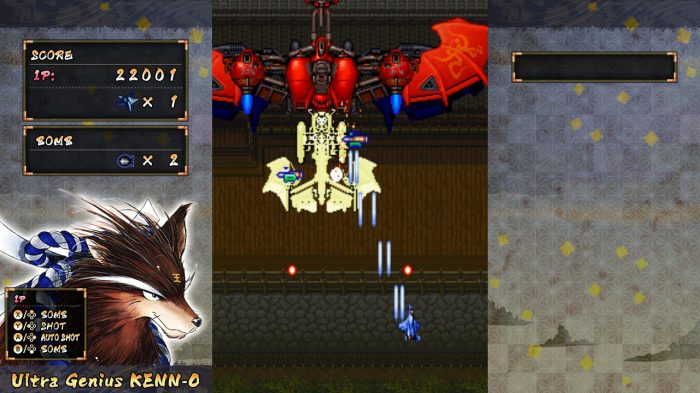 Graphically, fans of retro games will be well at home with Samurai Aces – let’s not forget, of course, that the game originally came out in 1993, so the sprite work is absolutely top notch. The enemy design is really well thought out, from basic crafts to bizarre sea creatures and even some humanoid cyborgs zooming around the stage. There’s a lot to admire amongst all the carnage, and the game really pops whether you’re playing in handheld mode or docked mode.

Finally, if you’re playing through Samurai Aces in handheld mode, you’ve got a lovely option to play the game in TATE mode (which allows you to tilt the console’s screen vertically). Of course if you somehow have the ability to play in this mode whilst docked as well, go right ahead, but for everyone else, the game will display the action in the centre third of the screen, with the remainder displaying stats and character artwork. It’s nice that this area is accounted for rather than left entirely blank.

Samurai Aces is a solid shmup that is sure to please fans of the genre. Personally, the game felt a bit too similar to previous title Gunbird – but then again, why fix what isn’t broken? If you’re after fast-paced, intense gameplay, look no further.