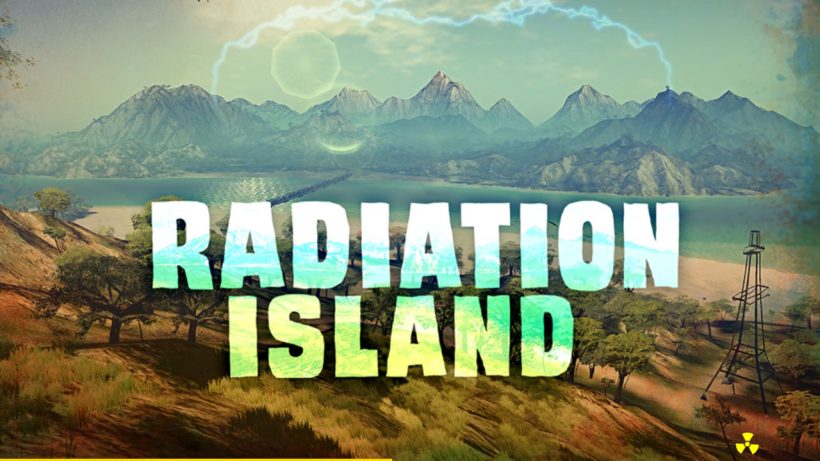 Radioactivity is the least of your problems.

Ever since early access has become a reality in modern gaming, we’ve seen a series of very successful games taking advantage of it to gather feedback early in development. Unfortunately, we’ve also seen early access being used as an excuse to release unfinished and unpolished games, that are often abandoned with no future support or updates. While there’s no official early access program on Switch – and Nintendo’s QA hardly ever fails –, an early access game is what Radiation Island looks like, which is a shame, because it is, in fact, an ambitious game, and has a true compelling gameplay loop. 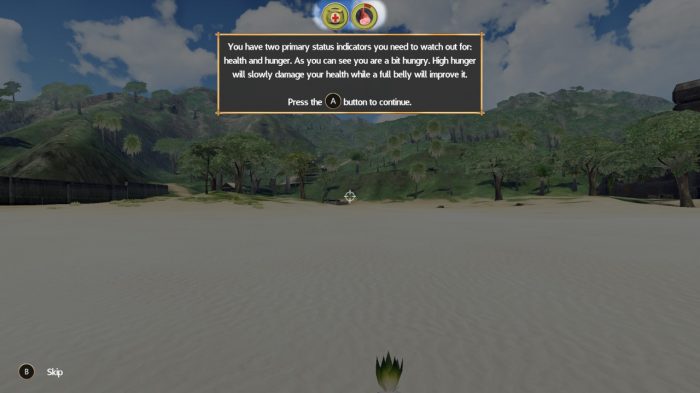 Previously released on mobile devices, Radiation Island is a FPS survival game that reminds of games like Rust and The Forest. If you’ve played any of those games, you’ll have a very good idea of its initial hours. Stranded on an empty beach, having nothing but a hungry meter that’ll slowly decrease, you must collect twigs and rocks in order to craft improvised tools and weapons to aid in your survival. From there, you must do your best to survive through the dangers of the island, while you try to figure out what happened there.

As you can expect from the genre, part of the fun is having a constant feeling of danger. You never know what animal or creature may be lurking on the vicinities, and you never feel safe while exploring the island, especially during the nights. What encourages you to thrive and explore is the promises of better loot, and also the underlying narrative about the past of the mysterious island. 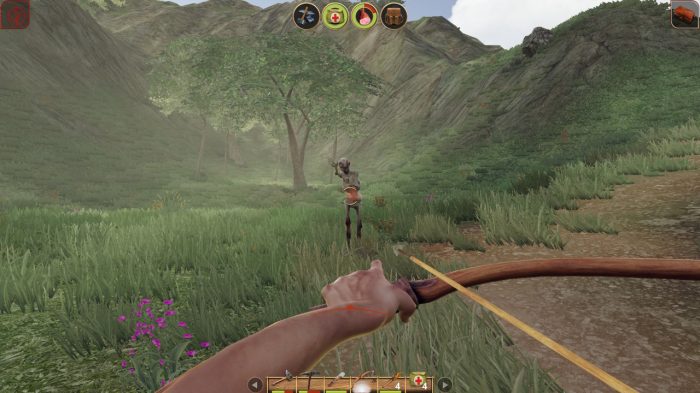 As you explore the place, you find journal pages written by its inhabitants. You slowly learn about an intricate sci-fi sub-plot, which ultimately leads you in a journey to deactivate all the “tesla towers” positioned across the island. This sense of purpose matches perfectly with the survival mechanics of Radiation Island, because even the more bureaucratic actions (farming resources to resupply your stocks) become meaningful, a true preparation for the upcoming challenges. In order to deactivate a tower, you need a serial code, found on journals, so there’s a very strict order for you to follow. While this is a small detriment – it would be good to be able to take the towers in any order you want –, towers are full of enemies, and stand out as challenging fortresses. 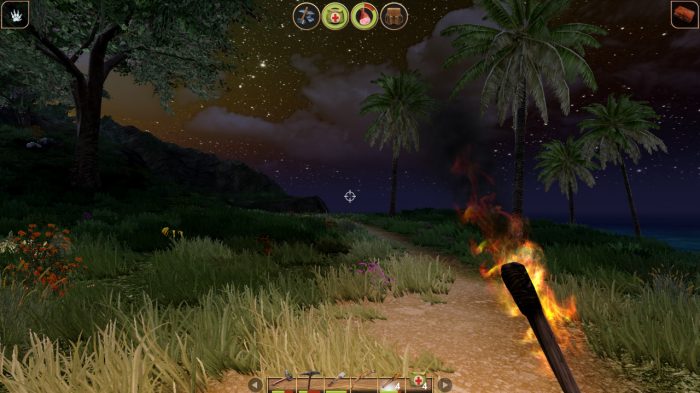 Even though there are some rough edges when it comes to Radiation Island’s survival and crafting systems – cumbersome menus, for instance – it is nothing compared to the game’s overall graphic and performance quality. For a game that is so heavily focused on creating and maintaining an immersive atmosphere, Radiation Island manages to break your immersion at every possible opportunity. At some moments, when you’re at the top of a mountain and look at the full stared skyboxes and huge draw distance, you get a glimpse of what Radiation Island could be. Unfortunately, it has frequents slowdowns, objects do pop out in front of you constantly, not to mention the very bland low budge art style. Enemies have some bizarre behaviors too, with things like “flying” tigers happening frequently. Due to these problems, Radiation Island is an entertaining game, full of potential. However, one hardly delivers.

From a gameplay standpoint, despite some rough edges on its crafting systems, Radiation Island delivers a truly entertaining gameplay loop within the survival genre. However, even with its ambitiously huge environments, the game is overshadowed by its shallow technical aspects.