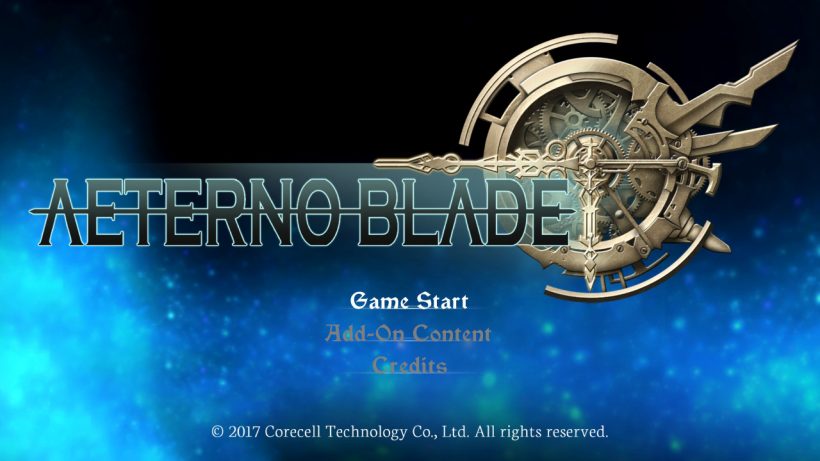 7 days until the end of your life.

Following a release on other systems as far back as 2014, Aeternoblade has found its way onto the Nintendo Switch. It was known at the time for being quite a problematic game with many issues that could’ve been easily avoided by giving the game more development time, but has the Switch version been given the much needed improvements, or are we looking at a straight port?

Aeternoblade’s story starts at the end as we see the game’s protagonist, Freyja, as she is defeated by Beladim, an evil being who has destroyed your village and killed your family. Following this cutscene, the game takes us back to the start where we see Freyja being given a sword and sent to fight legions of enemies who are attacking her village. This reveals Freyja’s first encounter with Beladim and demonstrates how their rivalry began. 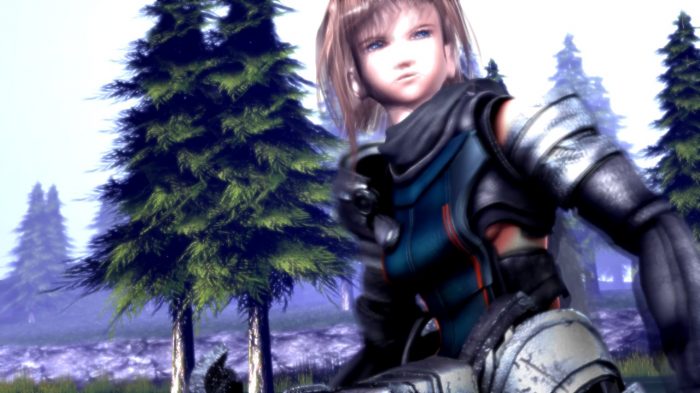 Taking control of Freyja you’ll navigate through Metroidvania style levels whilst taking out enemies, picking up collectables and solving puzzles. You’ll also gain abilities that will help you reach new areas, such as the ability to stop time so you can reach moving platforms easier – which, in turn, will then lead to more collectables that will aid you in your quest. Abilities such as being able to freeze moving platforms will allow you to reach areas you would have previously struggled to. These puzzles can be quite difficult to solve as you will need to get the timing perfect in order for the platforms to be in the correct place to reach your objective.

Throughout the game, there is a looming sense of dread around you – every time you complete a level you’re reminded that the end of the game is coming and along with that, the eventual death of the protagonist Freyja. Thankfully, the game gives you a chance to change your fate and this comes thanks to the ability to improve her skills and make her more powerful by learning new combos and upgrading her health in the pursuit to stop Beladim for good. 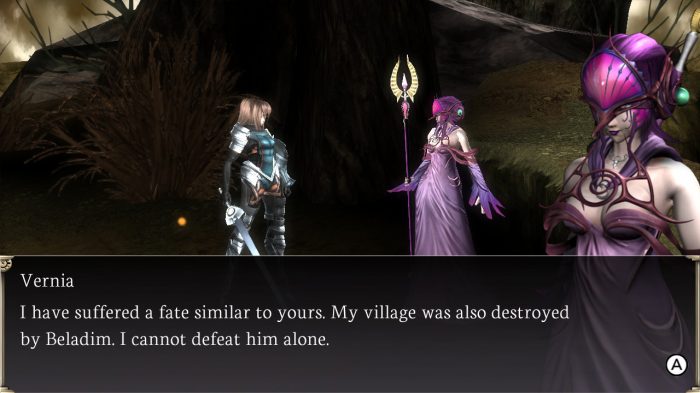 The controls here are very basic, using the left analogue stick will allow you to move Freyja, pressing the B button will make her to jump while pressing A will have her attack. The R button is reserved for pausing time when it comes to solving puzzles and, lastly, the right analogue stick can be moved in an anti-clockwise position which will allow you to rewind time so, when you die, so you can retry the previous section. This, however, will only be available if you have enough MP at your disposal.

One of the most eye-catching things about Aeternoblade is its graphics. I don’t mean this in a positive way either! Aeternoblade, both in its gameplay and cinematics, looks like a PlayStation One game and one that aged badly at that! There are much better indie games out there that have attempted 3D animated cutscenes and this game really doesn’t do them well. 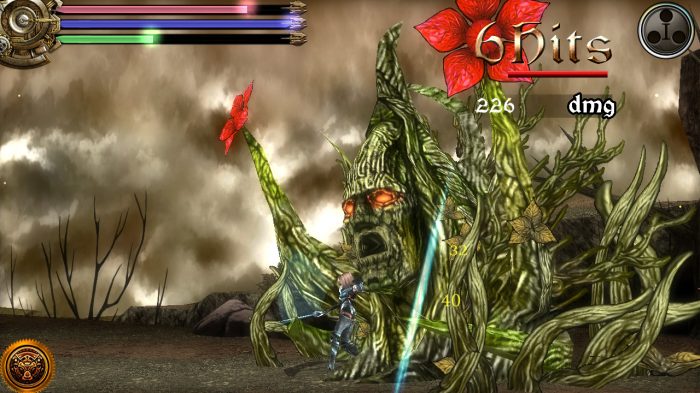 It’s a real shame then, that Aeternoblade both looks mediocre and plays like a mediocre game. There was certainly potential that we could’ve had a very good hack ‘n’ slash Metroidvania game here but sadly at its price Aeternoblade is probably best picking up in a sale if you really must give it a try.

Aeternoblade is a Metroidvania game that has an interesting plot on paper, sadly its gameplay and design leave a poorly executed and tedious game in its wake.