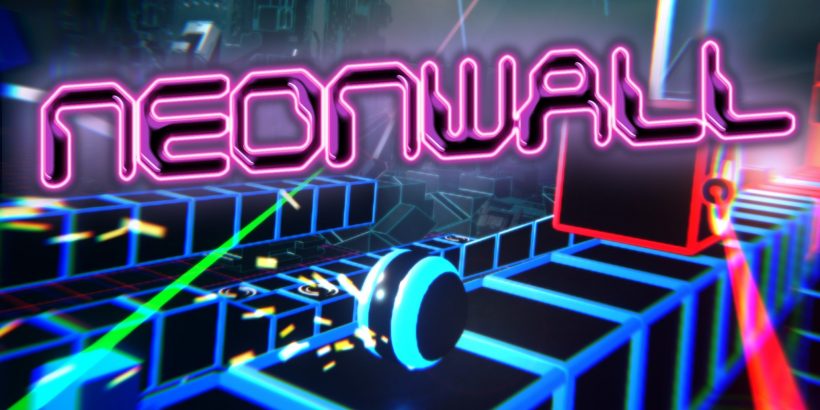 This is a wall I can’t get over.

From indie developer Jandusoft, Neonwall is an action-puzzle game set within a TRON-inspired virtual reality space. Across a multitude of levels, you’re tasked with guiding a coloured ball along a similarly multi-coloured wall towards the end goal. To do so efficiently, you must utilise two light guns to change the colour of the aformentioned ball to match the colour of the segmented wall. In doing so, the ball will maintain acceleration and coast along the wall at top speed. Should you hit the ball with the incorrect colour, it will slow down drastically – do this multiple times, and you’ll likely fail the level. 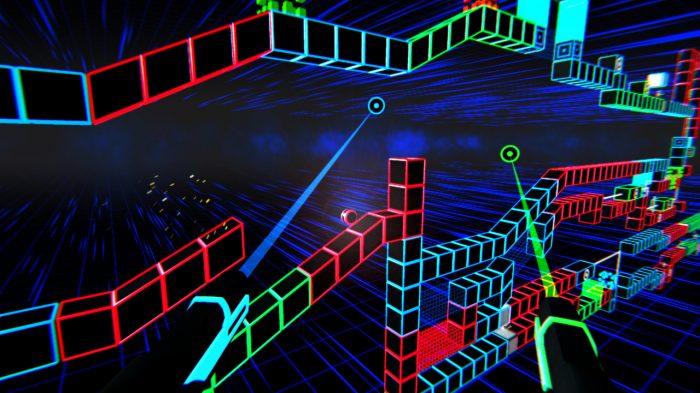 There are three modes within Neonwall – Puzzle, Time Trial and Runner. Puzzle is the game’s primary mode, allowing you ample time to complete the level in question, with four lives gifted to you should you fail at any point. Time Trial is more of the same, but you’re required to hit the level’s checkpoints within a certain amount of time – again, you have four lives at your disposal. Finally, Runner is the most advanced mode of the lot, requiring you to complete a particular level in one go – if you die at any point, you’ll need to go right back to the beginning.

Despite such a unique and interesting premise, Neonwall is – to put it bluntly – boring. You’re given the admittedly generous choice of controlling the two light guns with either the analogue sticks or by utilising the gyroscope of the two Joy-Con. Unfortunately, though, none of it feels engaging enough. Watching the ball trundle along the wall is such a painstakingly menial task, and even some of the more complicated levels – which include moving platforms, blocked passages to be destroyed, and more – fail to entice any kind of enjoyment on my part. It’s a shame, because as a concept, it does work well, but its execution really misses the mark. 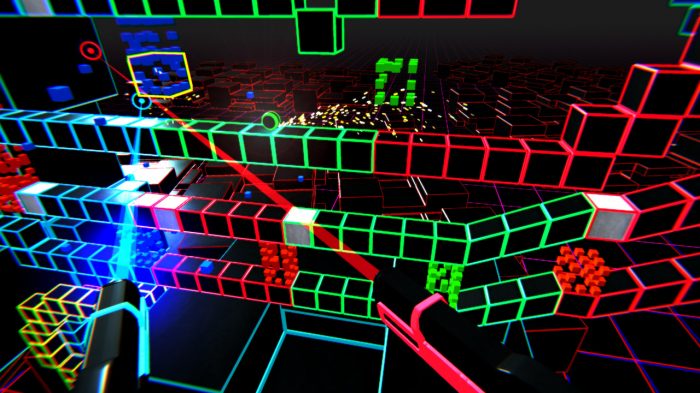 The biggest disappointment lies within the control scheme itself. With the game docked, it almost begs to be played with the gyroscopic motion controls. Sadly, this is significantly slower and far less accurate than using the analogue sticks. The game will frequently move at a speedy pace, and if you’re not quick with your controller movements, it’ll result in swift failure every single time. Additionally, you’ll find you’ll often need to recalibrate the motion controls through general play – I frequently found myself holding the Joy-Con at absurd angles just to keep the guns central on-screen. Hopefully these sort of issues will be patched in time but, for now, you’re definitely best off sticking to traditional controls.

Visually, Neonwall clearly takes most of its inspiration from TRON, displaying bright, primary colours against a largely muted background. The wall itself is primarily consisted of cubes, each one pitch black and lined with neon colours and the ball looks like a neon-infused morph ball straight from Metroid. It all works rather well, but I would’ve liked a bit more variety – there’s little to differentiate one level from the next. The accompanying music is suitably electronic, but again seems a tad uninspired and some of the tracks definitely don’t suit the game’s puzzle genre, despite going well with the visual aesthetic. Something a bit more soothing might have been more apt.

Neonwall is a frustratingly mediocre title that could have been so much more. Sluggish controls and uninspired execution fail to live up to the game’s intriguing premise.