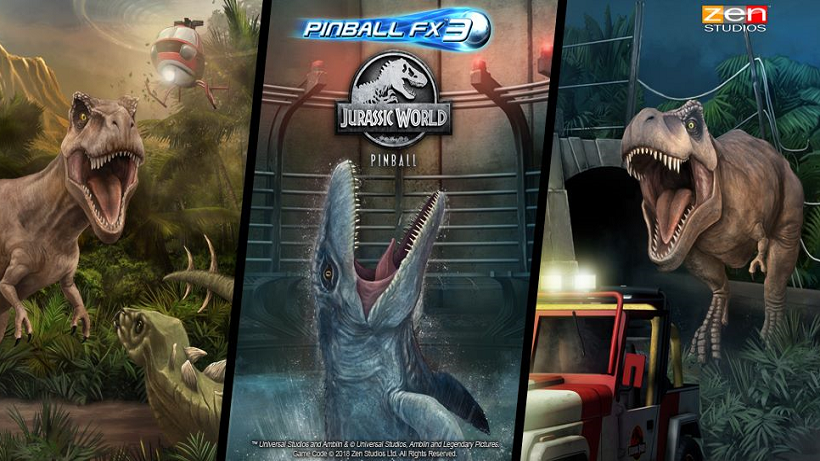 Well, there it is

It’s been a little while since Pinball FX3 arrived on the Nintendo Switch, but in addition to some minor patches, additional table collections are finally bolstering the line-up. Launching on all systems, comes Jurassic World Pinball, in readiness for the next entry in the sequel trilogy; Jurassic World: Fallen Kingdom.

The name of the collection is a bit of a misnomer, as two out of the three tables are based off Jurassic Park but, given the timing, the new film likely influenced the naming choice. Regardless, what you get is three different tables providing different experiences from the Jurassic Park/World universe. 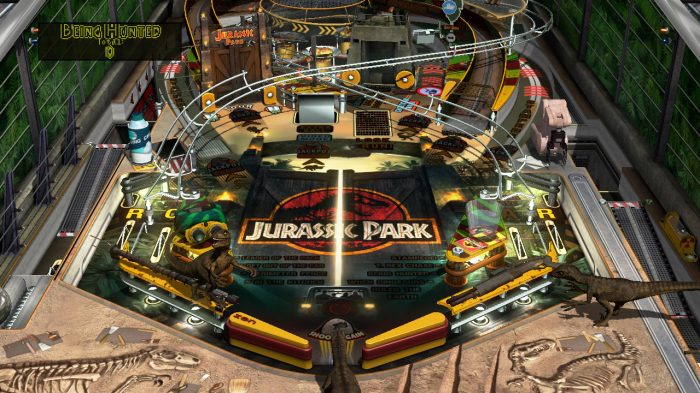 Realism is not a focus for Pinball FX and that remains the case here, as you’ll encounter different types of dinosaur roaming the table both hindering and helping your game. But this also manages to be a mostly authentic take on the films, with models looking just like they would in the films, as well as voice clips from the films too.

Sometimes these voice clips add to the immersion, but unfortunately, some of these are used repeatedly, so much so that they quickly become tedious. It’s also a shame that John Williams’ excellent score isn’t utilised, instead is music that attempts to mimic the theme of his work, but is mostly forgettable. 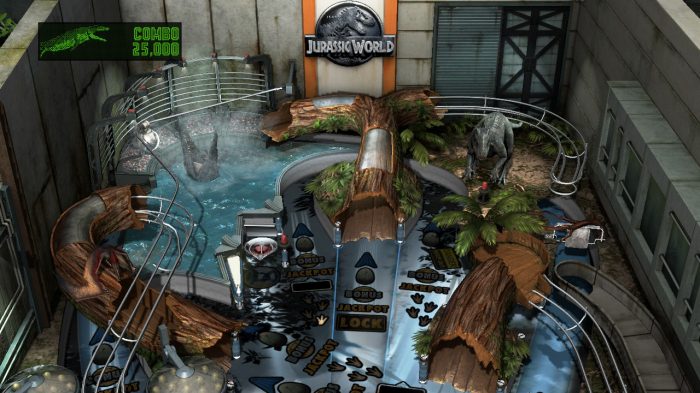 There is some notable variation between the tables, such as the involvement of the dinosaurs, but also the number of flippers which adds to the challenge. The Jurassic World table stands out for its inclusion of four flippers, giving you much more involvement as to where you can interact with the trajectory of the ball. It’s just unfortunate that the table for the original Jurassic Park feels lacklustre.

Jurassic World Pinball is a good timely addition to Pinball FX3, albeit a bit underwhelming. Not as imaginative as some other tables but manages to provide a glimpse into the world of Jurassic Park.