Recently, the friendly folk at Team 17 invited Switch Player to pop along and meet the developers from Villa Gorilla who have been working hard on their brand-new title, Yoku’s Island Express. I had the chance to spend an hour with the game and chat with the team to see what this unique entry in the metroidvania genre is actually like. 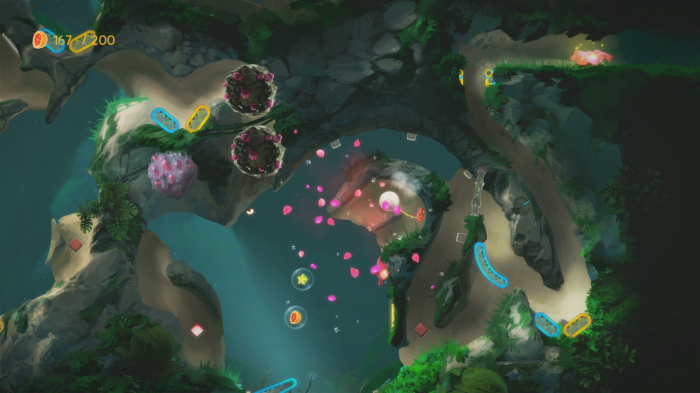 “So, this is Metroid… and pinball?” That was my first question after the first five minutes with the game. As I sat with a Nintendo Switch in my hands, Yoku rolled along in a gorgeous natural environment at 720p. The Studio Ghibli-inspired art style looks gorgeous as the world map gradually reveals itself. To begin with you’re just rolling a ball along a few obstacles, but it’s not long before you encounter characters telling you that there are a lot of letters to post and you’d better get to it! Guiding your egg along and manipulating your movement was something reminiscent of Sonic Spinball. You have some control over your egg as it spins in mid-air but it’s more about your control of the environment you’re in. 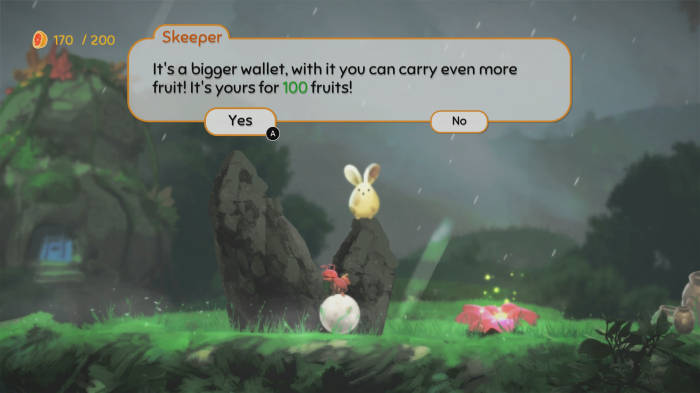 It wasn’t long before I stumbled across a secret area hidden behind a wall, and it was here that I had an epiphany about Yoku’s Island Express. I really think that the Villa Gorilla folk have this pinball adventuring idea nailed. The world you explore is one seamlessly connected landscape where the you bump and flip through different self-contained yet interconnected puzzles. It’s an impressive feat and I couldn’t help but admire the sheer effort that must have gone into creating this expansive map. 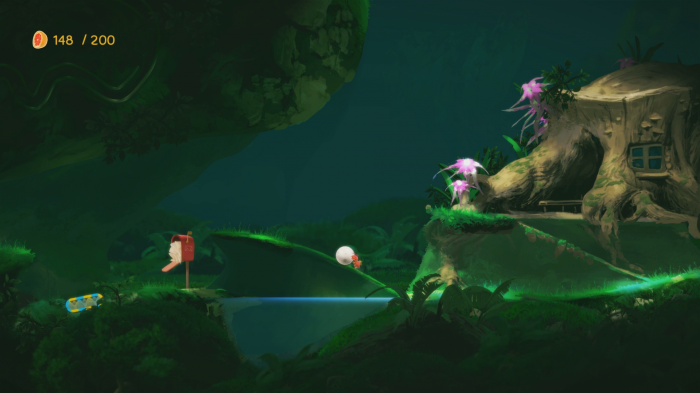 Of course, it couldn’t be a metroidvania title without powerups, and in true genre-defining style it’s evident early on that there are inaccessible areas that you’ll have to gain skills to traverse. There’s a blend of collectables and currency that you find along the way. This is important in game progression as the currency you collect unlocks bumpers and accesses more areas. There are many pinball-centric mechanics also littered throughout the island as well. They come across as natural environment items that can be manipulated. It was illuminating when I realised that a particular environmental element was like the lights of a pinball machine that you flip around with the bumpers. 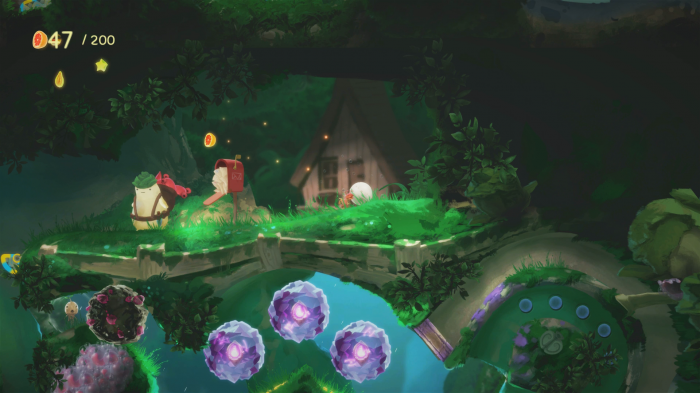 After a brief chat with the developers I switch from handheld to docked mode. The detail really shone through on the big screen while still ticking along at a locked 60fps. You can’t help but admire the craft in the design and the effort that Villa Gorilla took to create an uncompromising experience on the Nintendo Switch. As I delved into more and more of the island, the puzzles became a little trickier and thoughtful, but not to the point of frustration. It was a steady, sedate pace that didn’t punish you too hard for mistakes – allowing you to try again and again at those critical angles needing a certain bumper to be hit with a certain angle from the flipper. 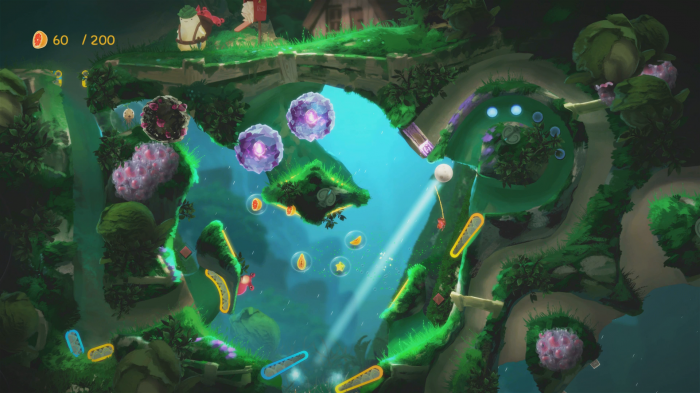 Yoku’s Island Express appears to be so much more than a straight-up pinball game. It’s an adventure game with quests and challenges, while also paying homage to classics such as Pinball Dreams and Pinball Fantasies. Even if you’re not a fan of pinball games, you may want to see what it’s all about when it’s released on 29th May.