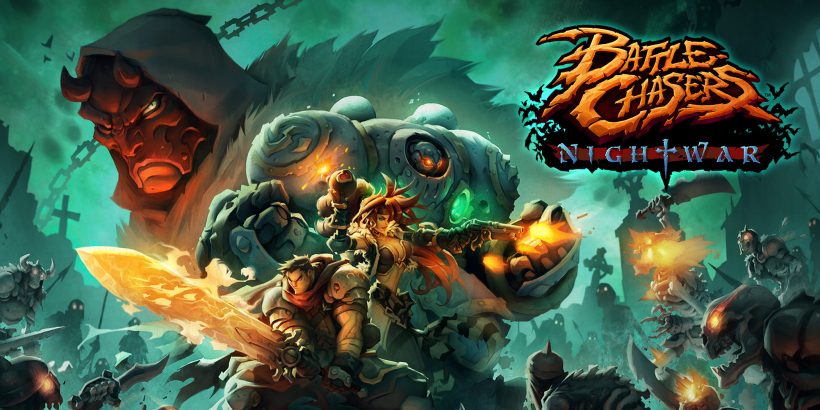 The Switch eShop isn’t left wanting for classic-style turn-based RPGs, but until now, most released on the platform have felt somewhat like a half measure. Battle Chasers: Nightwar has finally arrived to change all that. Based on Joe Madureira’s ’90s comic of the same name, the game comfortably mixes in what worked for old-school games in the genre, still introducing enough fresh spins to subtly shake up the formula. Originally released late last year for other platforms, it’s found the perfect home on Nintendo’s hybrid console.

At first, you might be left wondering why Battle Chasers: Nightwar took the turn-based route. After all, the game’s bulky characters, comprehensive lore, and steampunk-meets-fantasy setting all seem like the perfect fit for an action-based hack ‘n’ slasher. Battle Chasers: Nightwar’s ability to make the simple feel grand, however, is what gives it an exotic and unexpected charm – a comic book magic that’s found in everything from presentation to gameplay. 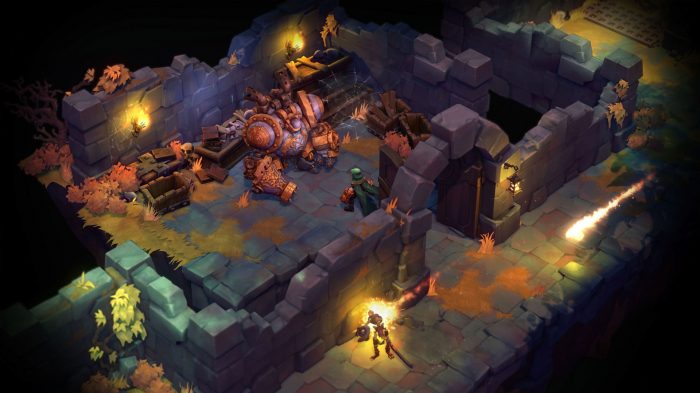 Placing you in control of six scrappy heroes, the main thrust of Battle Chasers: Nightwar sees you traverse and plunder eight randomised dungeons spread throughout the game, all in the hope of finding Gully, a young magic gauntlet-wearing girl’s father. The cast is just as colourful as its world, and while the narrative might seem shallow, the voice acting and character design is enough to make you want to advance.

Battles play out as you’d expect for the most part, albeit with some slight differences. Your party of three each have their own attack, magic, and special abilities which makes them feel distinct, but the real game-changer is the overdrive mechanic. It works by boosting each individual character’s magic capability above what should be possible during in-game battles. What’s known as burst also builds up from turn to turn, letting one of your party unleash a special move based on their skillset. In this way Battle Chasers: Nightwar cleverly pushes you to save your most powerful abilities for when they’ll have the most impact in each fight’s stage.

When not fighting enemies, gameplay breaks down to your typical JRPG fare of exploring the overworld, grinding for XP, and running errands for NPCs you’ll meet on your adventure. Despite this, each individual piece of the whole never feels like a chore because Battle Chasers: Nightwar’s sketch-based art style is just so damn gorgeous to look at. From the animatic cutscenes to the diorama world view, there’s always something interesting to catch the eye. Not least in the game’s core dungeons. 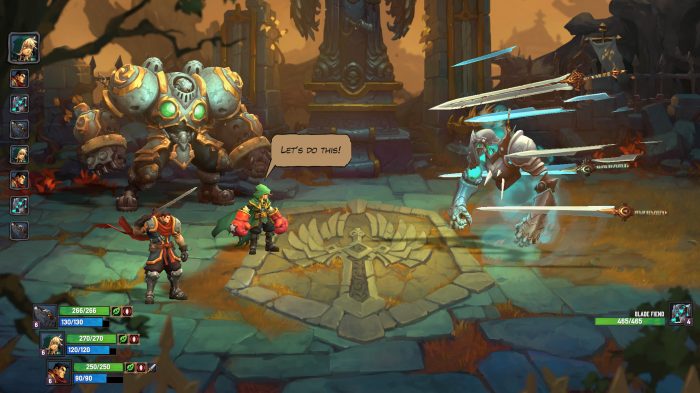 There are eight dungeons in total as previously mentioned, each more challenging than the last. Every dungeon effectively acts as a series of randomised rooms consisting of their own challenges. You have the choice of three difficulties before entering, but what might appear daunting at first is helped by the fact that you’re able to withdraw and restore your party at any time. They’re obviously designed to be completed multiple times, especially if you want to keep all six heroes useful in the late game.

For me, Battle Chasers: Nightwar never failed to strike the perfect balance between classic and modern. It’s not doing too much new necessarily but what freshness it does add is the perfect sugar coating to an otherwise familiar cake you always look forward to eating. Addicting, beautiful, and gripping, nobody should miss this contemporary JRPG gem.

With striking visuals that feel like they were lifted from the comic book pages which inspired it, Battle Chasers: Nightwar is a welcome throwback to the classic turn-based RPGs of old with some appreciated new twists.