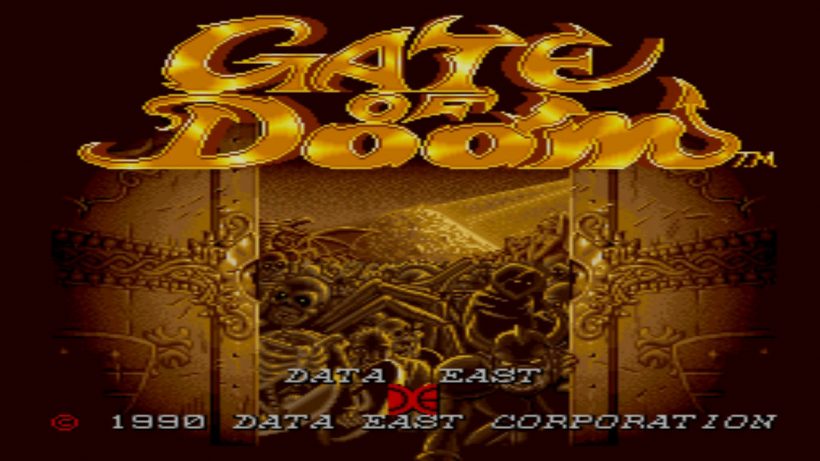 Back in the arcade era, brawlers were among the most prominent genres. In any of the classics of the genre, such as Double Dragon or Golden Axe, you were tasked with the job of defeating crowds of enemies as you progress through linear levels, all while trying to do your best to not waste all of your credits. While not as famous, Gate of Doom was also present on arcade machines back in the 90’s. Now, brought to the Switch as a Johnny Turbo’s Arcade title (a Flying Tiger Entertainment brand of arcade re-releases), the most important question is: does it holds up in our modern times?

The short answer is that it does not. The long answer comes below. 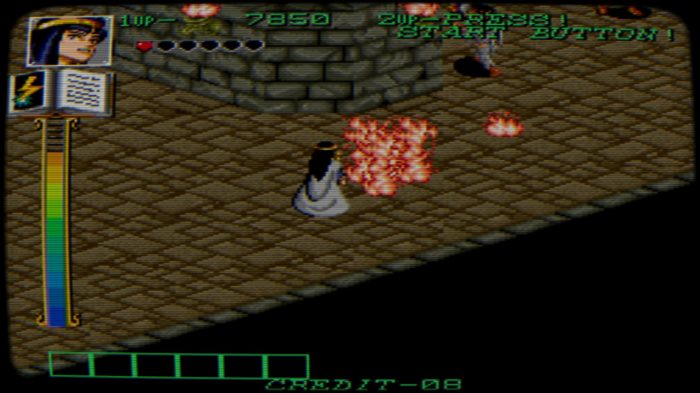 As a very classic beat ‘em up, Gate of Doom comes with all the drawbacks of the genre. For starters, its narrative isn’t much more than a weak excuse to put you in motion against the forces of evil. Set in a D&D-like world, you control one of four heroes who need to save the kingdom after the titular Gate of Doom was opened.

During the game, this world you walk through is presented within an isometric perspective, which is actually a positive design choice considering the genre. Instead of making you constantly walking from one side to other in a linear way, the levels of Gate of Doom can go to any direction, sometimes branching into two possible ways, giving you the impression that the game is more opened than it actually is. Your exploration is often rewarded with items that can increase your score or improve your hero status. 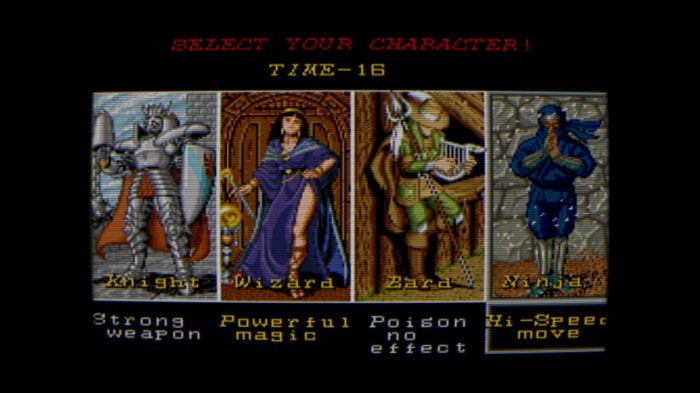 Now that we’re mentioning the heroes, you can choose to play with a knight, a mage, a bard, or a ninja, and each one of them will have a different attack pattern, as well as unique attributes, such as higher defense, more movement speed, or immunity to some kind of damage (like poison). Unfortunately, Gate of Doom puts all these features on a combat system that is very repetitive and lacks any sort of depth. Once you hit the attack button, your character stands still until the end of the attack animation. This means you’re constantly open to damage and have to shutter step through the entirety of the levels.

This wouldn’t be such a huge problem if Gate of Doom wasn’t designed with the objective of making you spend as many credits as you can. The Switch version has some quality of life changes and allows you to use as many continues as you want. Still, the game is badly balanced, and feels unfair for the most part, with too many enemies and hazards for you to deal with. On top of all that, while this port has some visual options that allow you to change the aspect ratio, or add screen effects such as scan lines and RGB filters, Gate of Doom’s pixel art looks blurry and uninspiring. 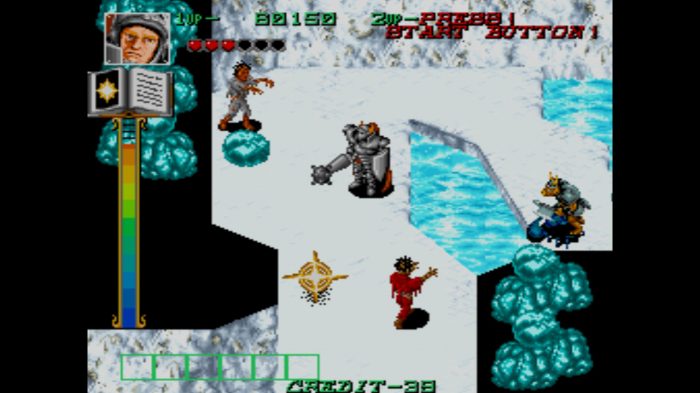 Overall, unless you’re trying to master Gate of Doom and finish it with only a few credits, it won’t last more than an hour. If you add that to the repetitive combat and unfair difficulty, the result is a title that would only please those who are hit hard by the arcade nostalgia.

Gate of Doom is an old brawler that was born in the arcade era and hasn’t evolved since then. With its repetitive combat, blurry visuals, and unbalanced difficulty, it is a game that doesn’t hold well in our modern times.