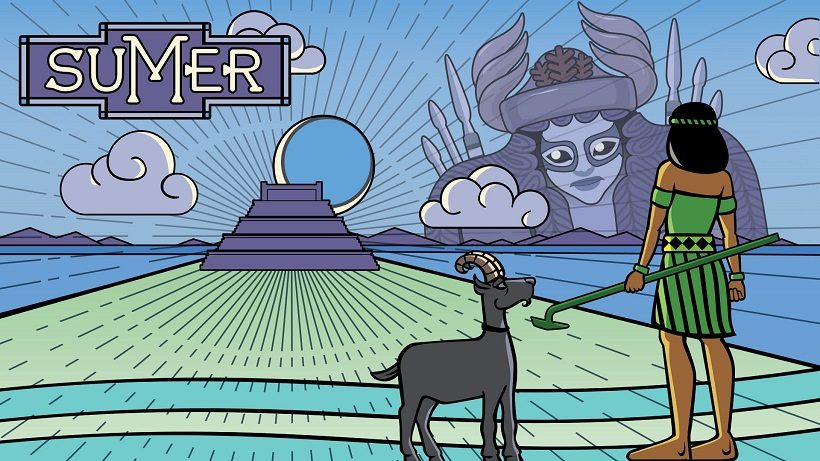 A board game that is anything but boring

When first delving into this digital board game, like any board game (regardless of form), I began to read the instructions on how to play. After a good five minutes of head scratching, I had no idea what I was in for? Something about goats, gaining favour, and what’s this about sacrifices?

After playing through the tutorial I was only slightly better informed, but mostly how I interacted with this digital board game, rather than the overarching objectives in order to win. But, like the gang from Friends and their experience with the game “Bamboozled” I soon found myself moving from declaring “this game makes no sense” to laughing at my AI opponents as I grasped a much-deserved victory

Whilst, unfortunately, there are no “wicked wango cards” or “time turtles” like in “Bamboozled”, there is the overseeing Sumerian Goddess Inanna who you have to please and gain favour, this is to decide who can rule by her side. But there are three other nobles who also desire the same position and have the same basic access to the materials you need. These nobles by default are AI controlled, but other human players can join in for the fun. Couch based multiplayer in this instance will add to the excitement, but the AI does an admirable job, and with three other opponents there is plenty of action taking place on screen. 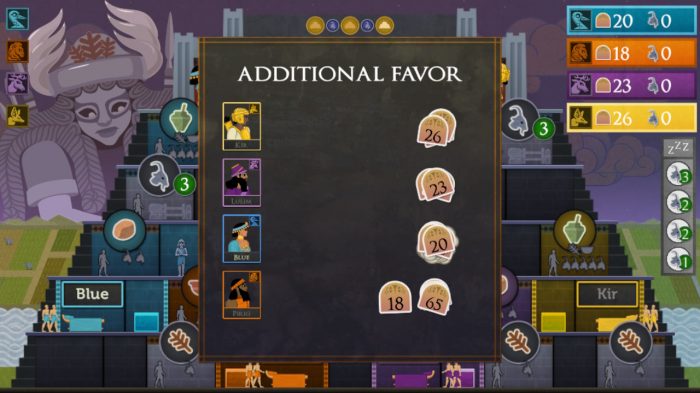 The objective in Sumer is to gain the most “favor” meaning the player who has obtained the most will win and become Inanna’s chosen one. The main way to gain favor is to make sacrifices at the top of the altar. Don’t worry, despite the seemingly Aztec aesthetic (although the game is based on the Sumer civilisation from early Mesopotamia) these are not human sacrifices, mostly the desired sacrifice is wheat, but longer games will see the goddess asking for pottery and beer. The latter two items bring an additional layer of strategy to the game as neither of them can be collected directly from the board. Pottery is made by first collecting clay and then taking it to the designated building to be made overnight. Beer adds to this by requiring your newly created pots along with wheat; of course, this takes much more time, but with careful planning, the reward is much greater. 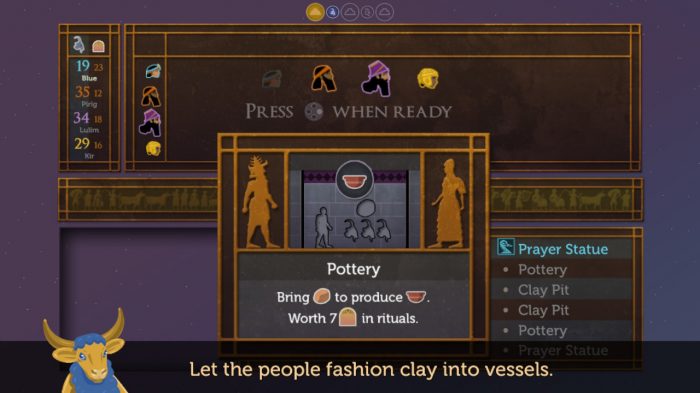 Each game is broken up by days, and each day ends once each player has put their noble to bed, there is also a bonus granted to the player that gets to sleep first. Waiting for the next day provides an opportunity to consider what your plan of action is for the next day, which is crucial given that you’re only provided with two workers to carry out the tasks such as collecting wheat, making pottery/beer, herding goats (which act as the game’s currency), and of course delivering the all-important sacrifices. 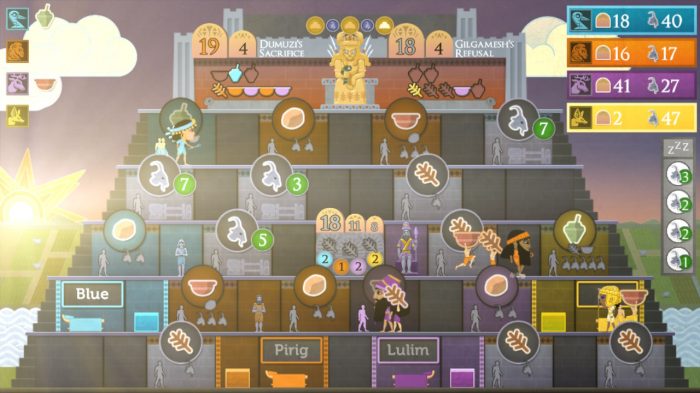 At times, describing Sumer makes you sound a little crazy, as well as sounding initially daunting to play. But after a little while of spending time with the main game, the mechanics become second nature and you find yourself plotting out the actions you will take over the next few in-game days.

Digital board games aren’t new, but Sumer shows how the format can excel in the context of a video game. There is plenty of depth that is aided by the fast-paced gameplay as you race to offer your sacrifices.