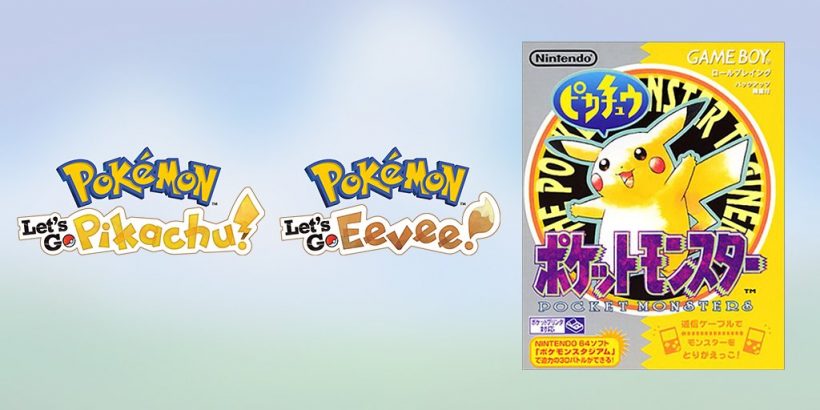 Plus more Pokemon news by the bucketload

The oft-rumoured new set of Pokemon games are real, it has been confirmed – and this time, they’re based on Pokemon Yellow Version.

With glossy fresh Switch graphics, the game links up with the revolutionary mobile app Pokemon GO, in so much that a capture circle is present and Pokemon and gifts can be transferred between the two games.

Also, the Poke Ball Plus accessory releases on the same day, allowing you to catch Pokemon in the game with a flick of your wrist. The device also functions as a Pokemon GO Plus when playing Pokemon GO. In a hark back to the Poke Walker devices which came packaged with the original Pokemon remakes, FireRed and LeafGreen on the Game Boy Advance, you can also use the Poke Ball Plus to take Pokemon from the Switch games on walks with you in the real world.

It really is impressive – check out the official first trailer for a look.

That wasn’t the end of the Pokemon news. Alolan Exeggutor has arrived in Pokemon GO, making it the first Pokemon available in the game from the Sun and Moon generation.

Also, a free-to-start RPG title, Pokemon Quest, got a surprise release on the Switch eShop today. Turning Pokemon into cube-like figures, the Pokemon move on their own but you direct their attacks. You’ll need to battle across Tumblecube Island collecting treasures and powering up your Pokemon. It’ll be out on mobiles soon, but it’s already available on Switch.

What an exciting time for Pokemon fans – and we even have the next mainline series game coming to Switch in 2019! (Please let it have a Breath of the Wild-style overworld…)