The new update includes a bunch of content and is available right now for your rocket fuelled enjoyment. 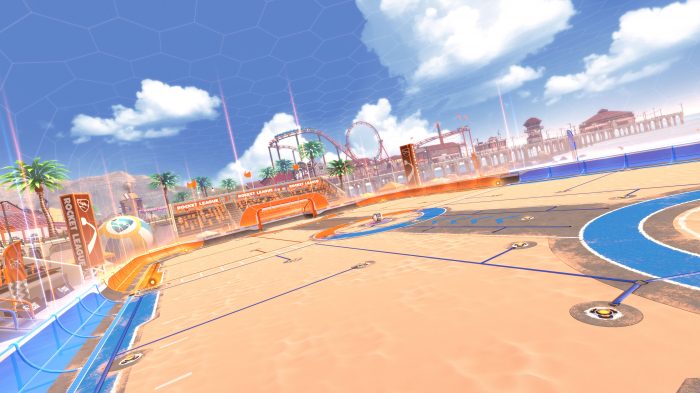 Top of the list is the new beach themed arena titled Salty Shores. The beachfront arena is a bright fun addition to the arenas but don’t go expecting any funky ramps, Salty Shores plays it safe and sticks to the pitch style we all know and love. Alongside the new arena we can also now get our hands on the new Battle-Car ‘Twinzer’ from the Impact crate in game. 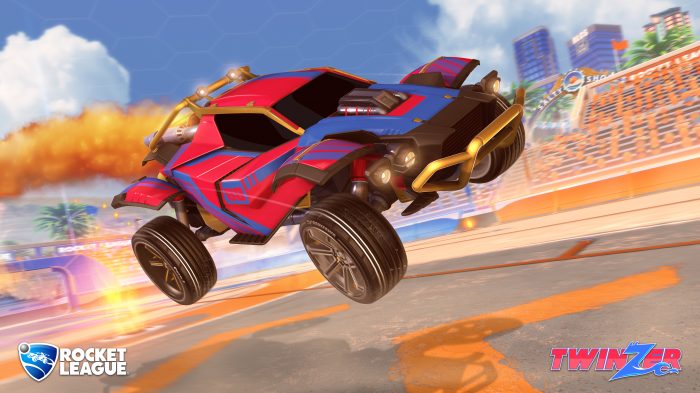 This new update also comes with a few new improvements such as a report server function and new music to enjoy. Season 8 officially begins today and the Rocket League Beach Blast in game event is on the horizon arriving on 11th June, so there’s plenty to look forward to. You can check out the trailer for the update below.

What do you think of the new content? Are you going to be rocket boosting across the beach this week? Let us know in the comments below.

Rocket League Salty Shores update is live now and you can check out what we think of the base game here. Stay tuned to the Switch Player for more information as we get it.