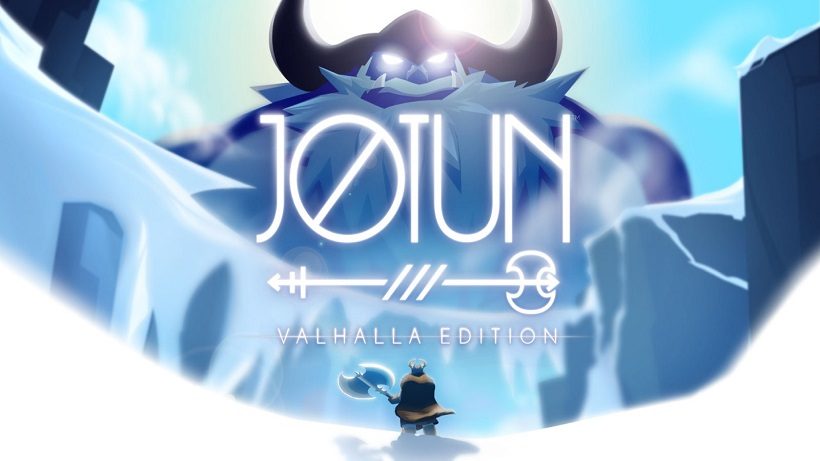 More is needed to impress the gods

When Jotun first emerged a couple of years ago it was widely praised, especially for its visuals. Whilst these are still mostly impressive on the Switch, the game itself is surprisingly mediocre. It’s not that the gameplay from 2016 hasn’t aged badly, rather there are even more visually stunning games available that manage to provide a more engaging experience. 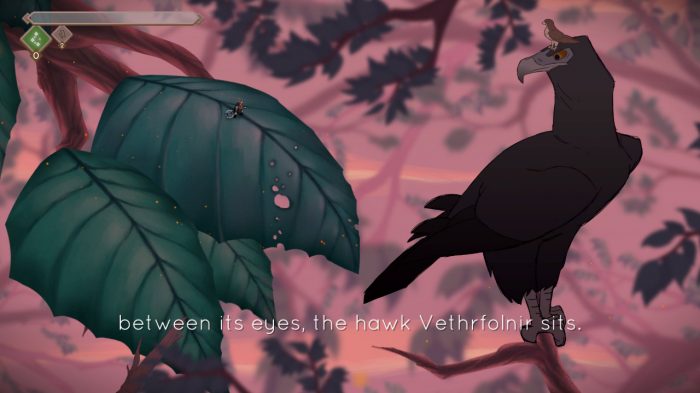 The set up for Jotun revolves around Thora, a Viking who is now trying to make way to Valhalla. She had the misfortune of dying in a fashion that wasn’t deemed glorious enough to gain entry to this Nordic heaven. As a result, she finds herself stuck in Ginnungagap, AKA the Void, where she has been given the opportunity to impress the gods to gain entry into Valhalla. To do so she must venture across the five domains of the Void and ultimately defeat the Jotun that resides in each.

Each domain – aside from the first – has two areas that must be explored in order to locate a rune required to gain access to its Jotun. The domains, and their areas can be completed in any order, which is hugely beneficial as some of the areas are more monotonous than others. It’s also helpful as some of the bosses can initially feel too challenging, but being able to come back to them later, regardless of whether you’re more powerful or not, gives you the power to tackle them on your own terms.

It’s just such a shame that the explorative areas play out as attractive empty husks. Some areas are better than others, with puzzle elements that border on engaging, but most of the time you just need to reach the end of an area to collect the rune with little along the way to do. There are some genuinely impressive vistas that emerge during your journey, but often these aren’t enough to make it feel worthwhile. 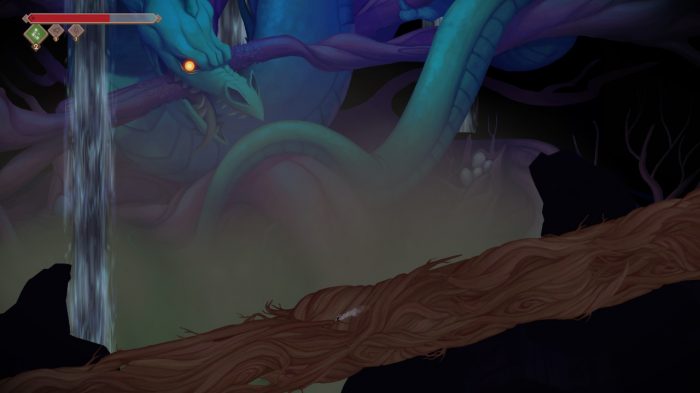 Despite the noteworthy vista’s not being enough to make up for the lacking gameplay found in the explorative areas, the hand-drawn visuals are certainly striking and help Jotun stand out amongst its contemporaries; explaining why it was so well received upon initial release. At times the visuals, mostly for the Jotun and other larger creatures, are very reminiscent of the style seen in the 80s arcade classic Dragon’s Lair. Despite the similar art style, Jotun manages to create its own visual identity, especially with the Jotun, which look as if they could only exist within this universe. 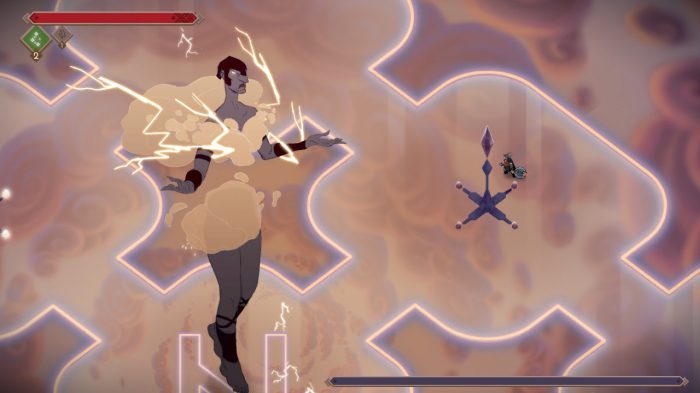 Battles against the Jotun act as the boss fight for each domain, but they also represent the true core of the game. It is during these battles that you will be truly tested. It is quite disorientating at first to suddenly find yourself against an actual challenge, and one which is substantially more difficult than anything else in the explorative areas. Don’t be surprised if you are defeated the first time you encounter a Jotun, but through death you will hopefully learn the Jotun’s attack pattern, later enabling you to return and strike them effectively. The Valhalla Edition adds a boss rush mode along with stronger Jotun to the game. Ordinarily, this wouldn’t be a significant addition but given the focus of the Jotun, it is welcome.

Jotun is a game of two halves, unfortunately, the half requiring exploration is an exercise in monotony. The true core of the game is found with the excellent Jotun battles, where you are truly challenged, whilst rewarded for your efforts.