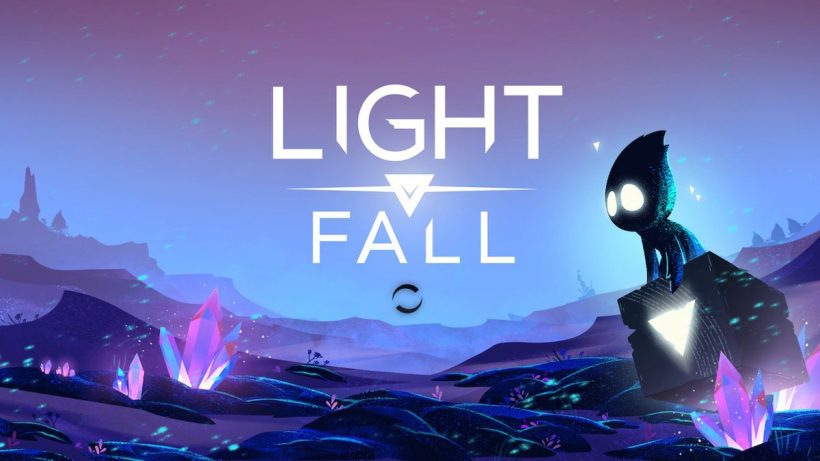 A minimalistic world, coupled with a minimalistic protagonist, paired up with platforming action. It’s certainly not a premise we haven’t seen before from indie developers on Nintendo systems, but Light Fall is at the upper end of the wide, wide-ranging spectrum.

Additions to the traditional platformer formula include a hanging-on type of wall jump, handy for scaling daunting heights but also very useful for slightly mistimed jumps. But the main power at your disposal is the ability to generate a square block, which you can use either as a platform or simply to protect yourself from harm, from laser beams, for example. Simply hit the B button when you’re already up in the air to do it – it feels natural, as it would be the same process you might use to perform a double-jump elsewhere. As well as operating as a blocker-platform, it can also be used to control other objects, including paddling a boat early on.

All good so far? Now, here’s where the tricky bit comes in. When traversing super-wide gaps, generating a block underneath you in mid-air will give you an impromptu platform – and you can do that a set number of times before you can no longer conjure any more out of thin air. If the final block that you’re able to generate was made at a point too far for a jump to the land, you’re heading for your doom.

Now, this isn’t a massive issue when it comes to the earlier levels in the game. One or two blocks will suffice in order to get you across the gaps for the most part, but the difficulty will smack you right in the face without you seeing it coming. There’s one part in particular I’m thinking of when a giant seahorse boss generates some persistent waves, which basically mean you’re rushed into jumping through the course in-between two waves. With the course consisting of platforms which disintegrate if you stand on them too long, as well as jumping swordfish enemy things, as well as rotating platforms which will kill you with the slightest touch, it is an absolutely infuriating set-piece.

Fortunately, that part is broken up into four sections where you can stop to catch your breath, but even reaching them is a nightmare – you need to create a sequence of jumps gaining height each time using your block generation skills. One wrong move and you’re done for. It’s all about momentum – you need to go and go and go, never stopping still to contemplate – if you stop, you’re not going to be able to generate the momentum to make the later jumps to the finish. Even knowing that, I’d stake my life on this section to be identified as one of gaming’s hardest sections of all time.

There is a speed-run mode, which basically strikes fear into my heart just thinking of all the speed-running dreams which will be shattered by those waves, while some collectibles which open up more of the story will entice players to come back once they’ve been through the game’s three acts.

Light Fall is one for the platforming purists – not too gimmicky, loads of difficulty and a quite memorable visual style. The whole game isn’t unforgettable, for sure – but the most difficult parts will stick in the memory for some time.

Light Fall blends some neat new platforming ideas with an unforgiving difficulty in places. Don’t expect to complete it unless you want to spend time and effort getting some real practice in.