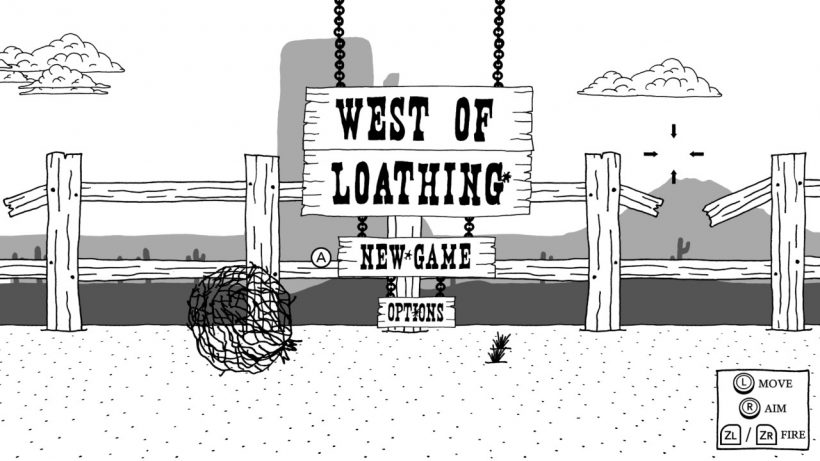 Nothing to loathe here

I’ve been enchanted with indie games over the last few years, and one of the more prevalent reasons is because of their ingenuity, the new and beautiful approach that they can take. West of Loathing from Asymetric Productions is easily one of the best I’ve played ever, let alone this year.

Its simplistic black and white palette and stick-men players (staples from the studio’s previous hit, Kingdom of Loathing) belie a huge amount of charm, character and – thanks in no part to its fabulous writing, humour. 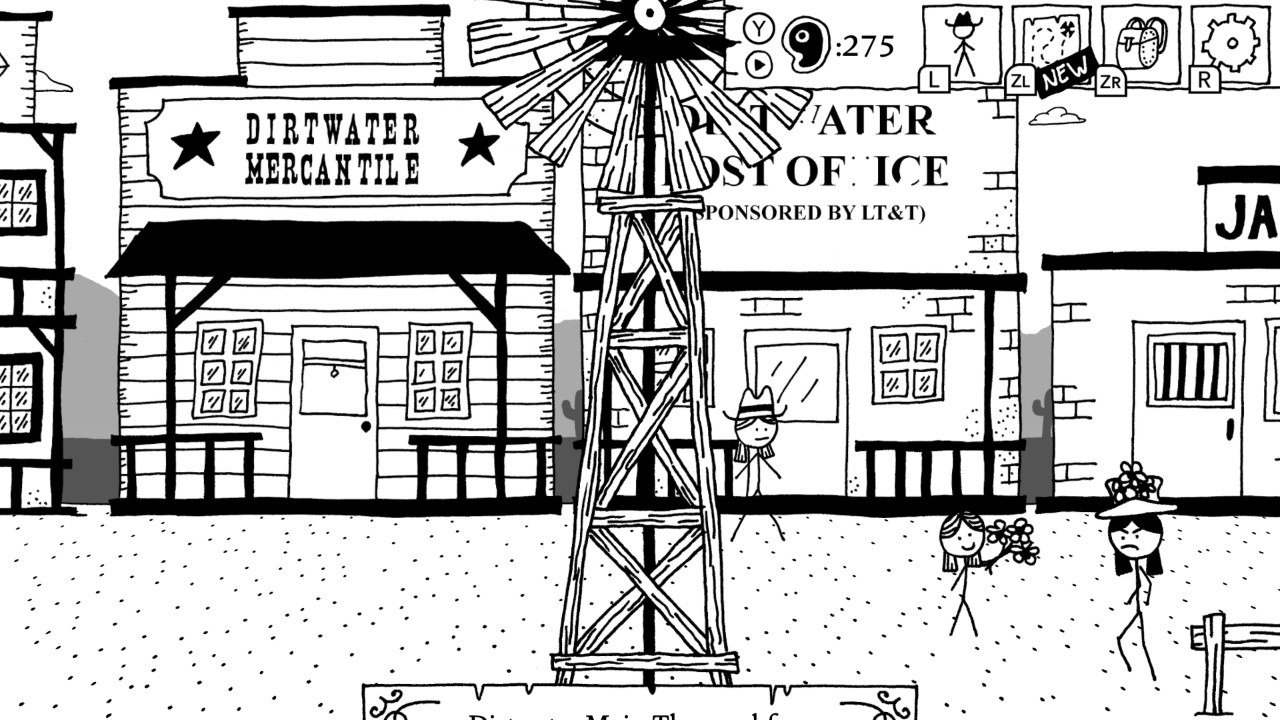 It’s a side-scrolling action role-playing game set, as you may have guessed, in the Wild West. After choosing a character and class (from three which will affect how you play) you set off to find your place in the world. The first town you’ll find is Boring Springs and your task will be to secure a steed. Boring Springs really serves as a tutorial, teaching you the basics; talking to various townsfolk opens up new quests and locations and you’ll hop to each one to further your adventure. At times you’ll be entered into battle with either random encounters (usually with demonic cows, skeletons or goblins) of other folks as part of your adventure. These battles are played out in a turn-based nature and initially are quite lacklustre. As you advance they become more tactical, if a little repetitive, which is the only real sore mark against the game.

After sussing the mechanics and fulfilling your objective, you will be given a blank map and your real adventure begins in the town of Dirtwater, and you’ll also take on a partner too (although not taking one is NOT recommended) from a selection of those that you have helped out. Then it’ll be a case of exploring the terrain, taking on quests, discovering new locations and engaging in more battles to ensure that you reach the town of Frisco, upon which you adventure will end after a fun (if clichéd) climactic battle. 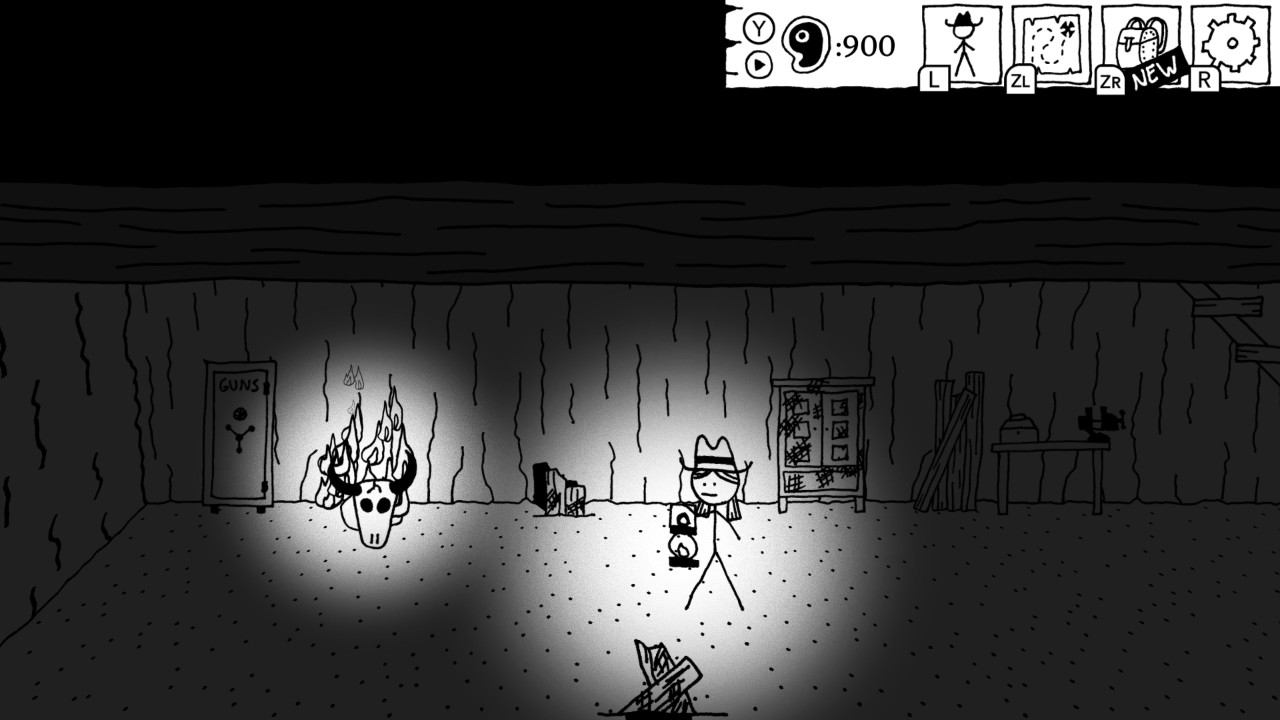 It’s not just all fast-travelling, random encounters and collecting quests though, many of the missions have puzzles, and require a reasonable amount of grey matter, if not trial and error. Later in the game, you’ll be afflicted with a nasty virus, and you’ll probably be backtracking to a quest you overlooked (I know I did!) in order to remove the blight upon your senses. There’s also a technological subplot running behind the scenes too, if you can piece it all together then you’ll have done better than me doing my review play.

West of Loathing has a decent upgrade system running in the background, and all the XP you earn from quests and fights can be spent on upgrading in a variety of skills. You can enhance your muscle (strength for melee attacks), moxie (for enhancing shooting) or mystical (magic and stuff) abilities or even other things like grit or even perks you’ve learned. Safe-cracking, lock-picking and foraging will benefit you along the way. If you found and read the books for these, of course.

The presentation in West of Loathing is phenomenal as already noted, and the simple yet melodic soundtrack enhances the experience even further. Chirpy tunes in saloons, the tense tones during battles and even a delightful rendition of what sounds like “Cotten-eyed Joe” to lure out a villains’ hiding spot really hit home. This looks and feels like and hand-drawn western. 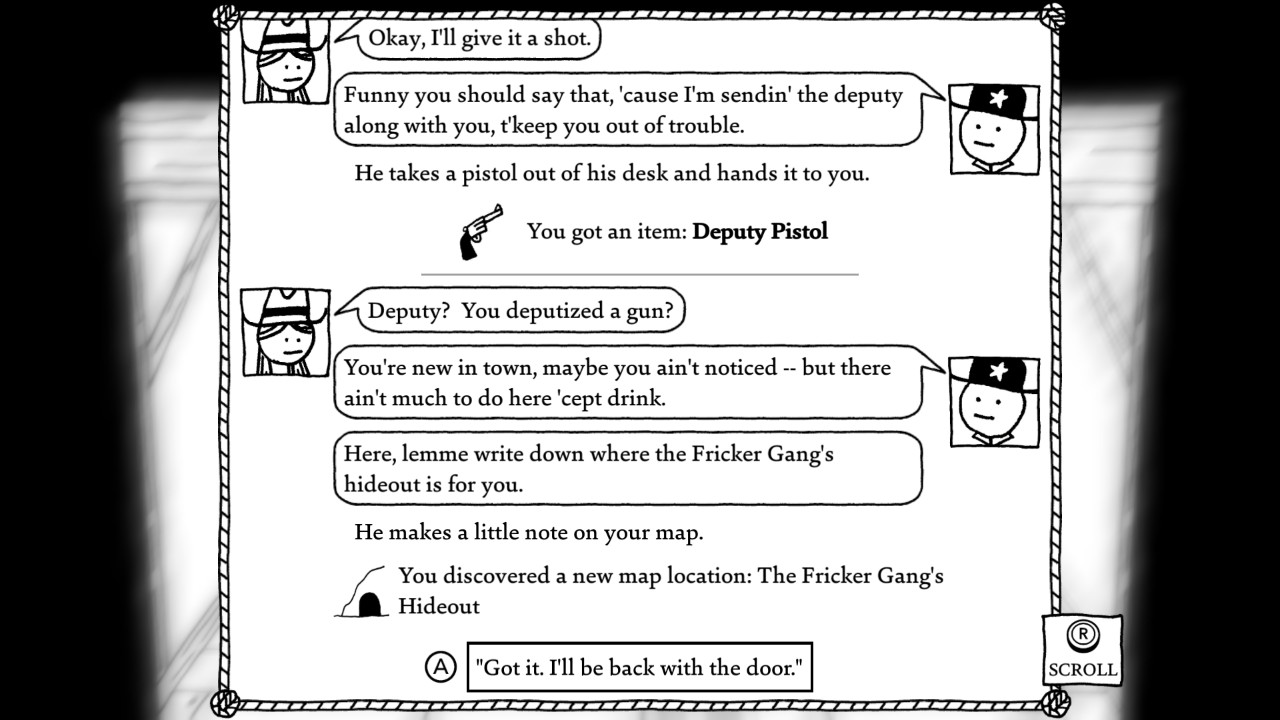 I cannot recommend West of Loathing enough. Outside of the over-familiarity with the battles, there’s a deep, funny and compelling story and it’s well worth the money.

The amount of humour, fun and character within West of Loathing is astounding. Repetition in the turn based battles is the only slight in an otherwise amazing game. DLC is on the way too, and I for one cannot wait for it.