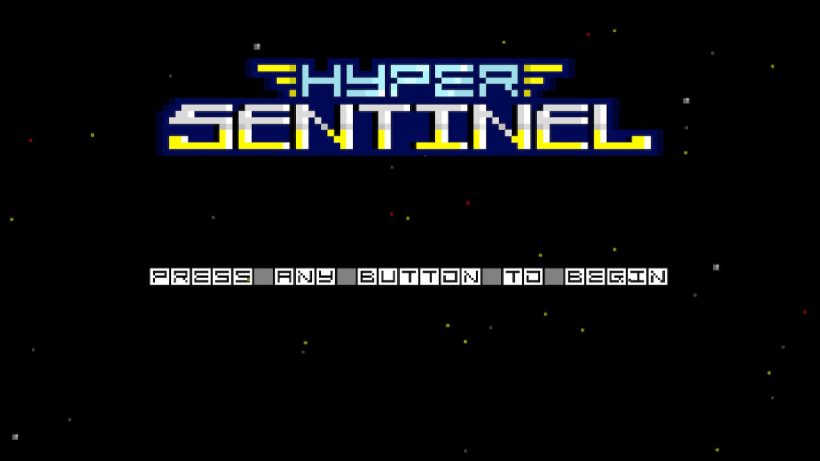 The year is 1986. Aliens are back and starship crews are travelling back in time to pick up whales. Tucked away in a kid’s bedroom is a Commodore 64 and the tape desk is firing up. Printed on the cassette is the name Uridium, and that’s where our journey begins.

Hyper Sentinel is essentially that game. A classic side-scrolling shmup that the developers describe as “neo-retro.” It’s so entirely unapologetic for how it apes the game from over 30 years ago that there’s even an option to enable C64 and Spectrum graphics. It’s quite fun to down-res your HD TV and give it a limited palette of 4 colours but you’re not going to stick with it. It doesn’t matter though – it’s retro enough anyway. From the moment that the game starts and you have the 8-bit home computer chiptunes blaring at you, you’ll be transported back to they heyday of 80’s gaming. 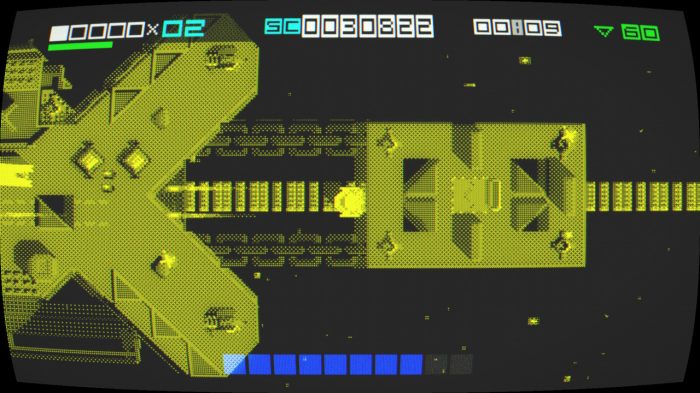 Set across 12 stages, you battle increasingly difficult dreadnaughts with the only ship that can be sent against the alien hordes. It’s up to you to single handedly wipe out the surface turrets of each gigantic ship. It’s fast and frantic with so much going on that your reactions will be pushed to their limit. I admit I jumped straight and took the obvious “shoot everything in sight” approach while also shouting “I don’t know what I’m doing!” at the TV. Once you beat a level, you unlock a boss mode and a survival mode to add some depth to the stages. The attack waves change but most importantly you get leaderboards! Combine this with achievements and you’ll have good reasons to keep coming back to your Sentinel. 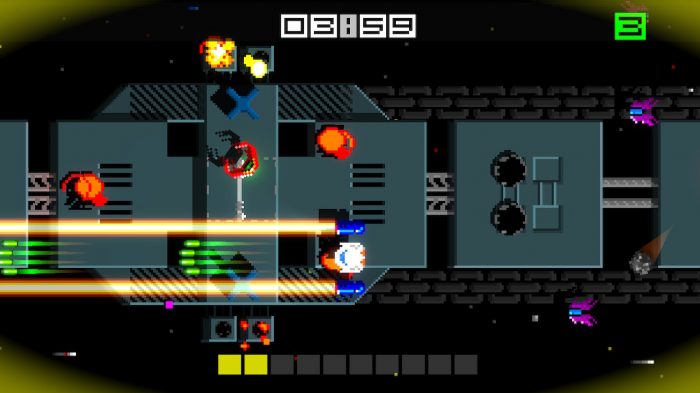 Just blasting away is not enough in this game. When you switch directions your ship flips over, which allows you to dodge any attack. You’re also equipped with a boost that rockets you across the dreadnaught’s surface. This is where the skill comes into play. You have to manage only being able to shoot left and right while firing and dodging attacks. Chasing power-ups becomes a risky proposition and you are constantly reacting to the barrage of enemy fire. 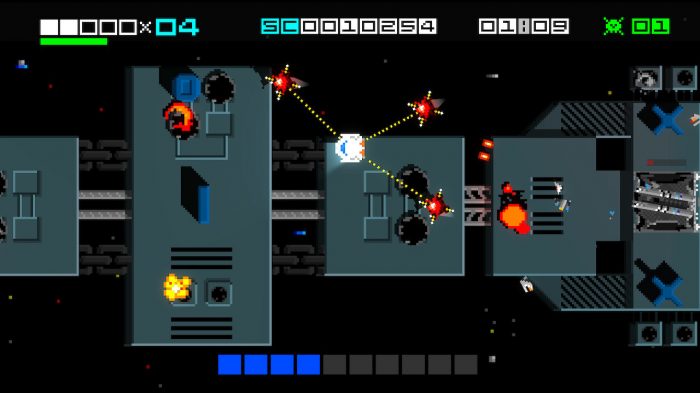 Despite the effects, the main graphics can feel a little simplistic. The neo-retro look is jazzed up pixel art. I appreciate that the team went for a retro-art style but it does feel a little too 8-bit in a way. On the plus side, at least it doesn’t have the gloomy graphics of Uridium 2 on the Amiga. What you have is eye-popping visuals that would possibly give a heart attack to someone with ADHD. The music, sampled speech and sound effects tie together beautifully. It’s a tricky line to find, so maybe I’m being harsh but just a little more detailing would have been great. 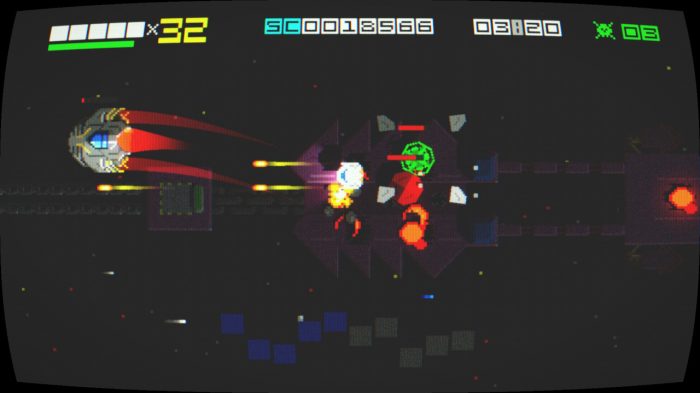 What is a little more unforgiveable is the lack of multiplayer. Hyper Sentinel feels like it should have a second ship or split-screen option on there. Nothing. It’s a single player affair and that’s it. It’s a real shame as a lot more could have been done here, maybe with a competitive mode to destroy the dreadnaught.

It’s confident, fast and chaotic. Despite the desire for a little more depth, Hyper Sentinel is probably one of the purest shmups you’ll ever play on the Switch.

Though it appears to be an simplistic shooter, Hyper Sentinel really takes the fun parts out of any shmup and brings a fast, entertaining game. If you’re not a fan of the genre, the straight-up approach to shooting aliens may struggle to maintain your interest over time. However, casual and hardcore fans will discover a challenging and insanely fun shooter.