Pokémon fans were recently treated to a triple-whammy of delightful new announcements from The Pokémon Company, with Pokémon Let’s Go Pikachu and Let’s Go Eevee coming to the Switch later this year, a brand new core RPG releasing in 2019, and the free-to-start isometric adventure Pokémon Quest available for Switch owners right now.

Veterans of the franchise will undoubtedly look at Pokémon Quest with an upturned nose, sneering at its seemingly simplistic gameplay, touch screen controls and optional microtransactions, but to do so would be premature. Whilst minimal in nature, the game unveils a surprising amount of depth that will assuredly tide fans over until the release of the Let’s Go titles in November. 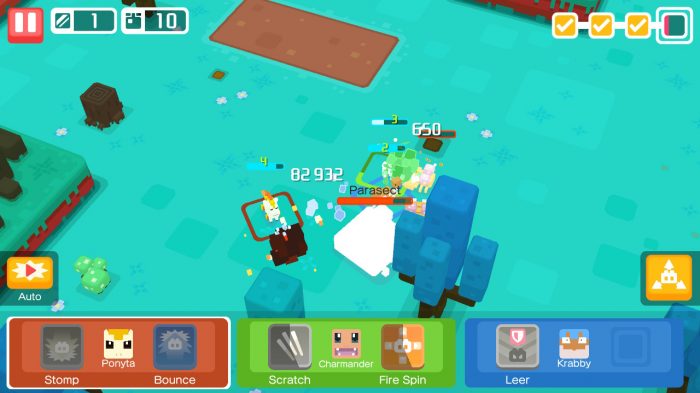 Set on the fictional locale of Tumblecube Island, you’ll start off by choosing either Charmander, Squirtle, Bulbasaur, Eevee or Pikachu to set off on your adventure. The island itself is split into sections which you’ll gradually unlock as you progress, each of which providing Pokémon of differing types and difficulty. At its core, Pokémon Quest is all about micromanagement – you’re never in direct control of your Pokémon, but you can choose how and when they use their moves and, crucially, what buffs they’re currently in possession of.

The Pokémon themselves roam about the environment automatically via ‘Expeditions’, encountering waves of enemy Pokémon along the way. It’s up to you to help defeat these by using your Pokémon’s signature moves, which slowly replenish after use. Eventually, you’ll come across the area’s ‘boss’ Pokémon, a larger, tougher version of the type you likely encountered previously. Completion of the expedition will gain various items and buffs in the form of ‘Power Stones’, which you can assign to your Pokémon to boost both their attack power and HP. 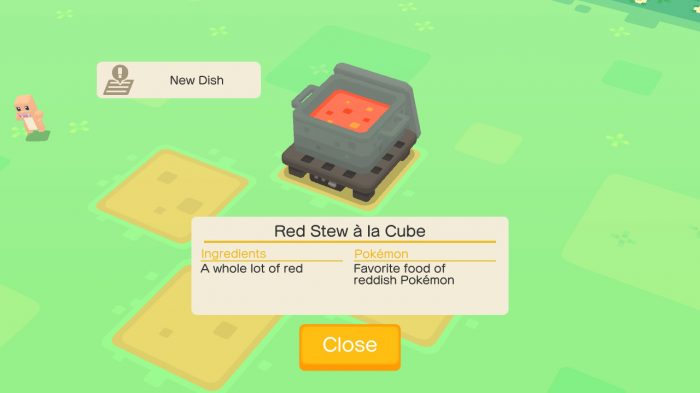 You may be wondering how you actually collect all the Pokémon. Well, at the start of the island, you’ll have a base camp set up, which you can decorate to your leisure, if you wish. It’s here, however, that you’ll be recruiting new Pokémon to your team, with the game taking inspiration from Breath of the Wild and implementing a reasonably comprehensive cooking mechanic. By selecting various ingredients acquired during expeditions, you can put together delicious meals that will attract new Pokémon to your base camp, automatically adding them to your roster (although keep in mind, you can only ever take three Pokémon with you on expeditions, so choosing which to take and which to leave behind is a large part of the game’s micromanagement system).

Of course, I should stress that Pokémon Quest is free-to-start, and the option to spend cash is available from the start, but never mandatory and never shoved in your face. After several hours of play, I’ve not felt the need to part with my money, but I must admit that the natural progression can slow down to a crawl, and you’ll often find yourself at a distinct disadvantage to some of the game’s more formidable foes. 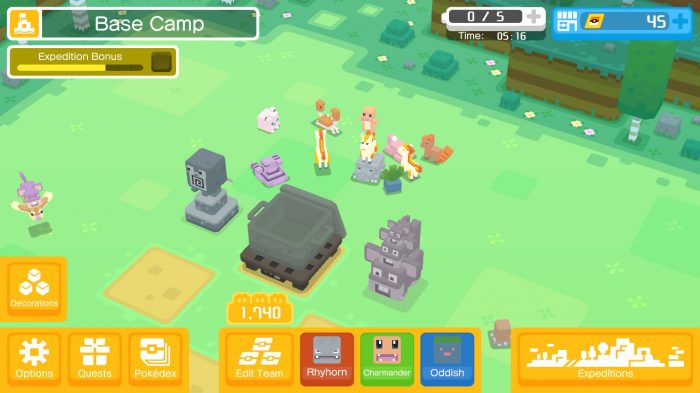 Having said that, considering the game is completely free, it’s an impressive effort from The Pokémon Company, and I wouldn’t begrudge giving them a few pounds for a game that, so far, I’ve enjoyed immensely. I can understand why folks may be turned off by it, but Pokémon Quest is a neat little appetiser before the main course.

Pokémon Quest is a perfectly serviceable distraction before the Let’s Go games arrive later this year. It certainly wont be to everyone’s taste, but gamers clamouring for a new adventure in the franchise will be surprised at its level of depth and charm.

One thought on “Pokémon Quest Review”