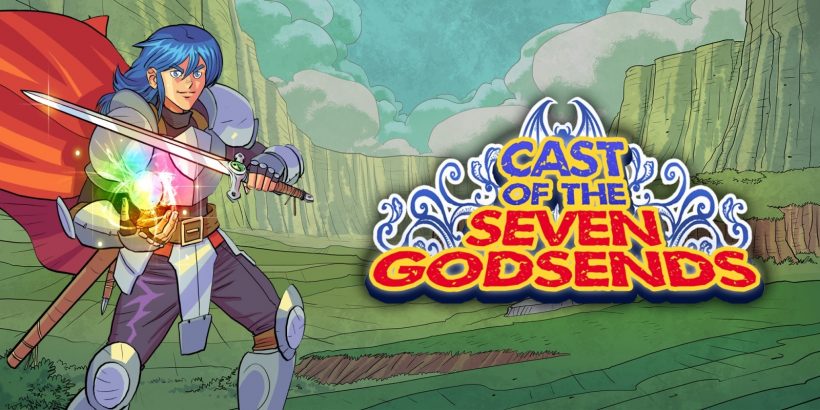 The great indie landscape is a beautiful thing. No longer are creatives forced to convince big wig publishers to release their game for them. Instead, almost any idea or concept regardless of potential appeal is easily released on services like the Switch eShop. However, just because something can be released doesn’t mean it should be, and unfortunately, it’s this latter camp that Cast of the Seven Godsends sits in. This 2D run-and-gun platformer isn’t a disaster per se, but with so many better alternatives in its field it’s a hard purchase to justify.

Cast of the Seven Godsends almost immediately makes a bad impression. After starting up the game you’re greeted by a menu screen that is best described as garish, with colours and an art style almost reminiscent of an early flash game unsure of the direction in wants to take. Actually jumping in and text is extremely limited in Cast of the Seven Godsends. For this reason, the game’s story and mechanics instantly come off as confusing and unclear, with a basic ‘tutorial’ being little more than a JPEG that shows you how the A and D-pad buttons function. Shoot and jump, we get it! 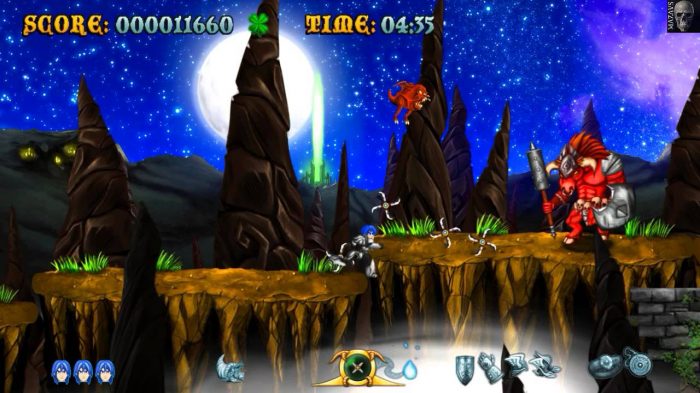 From what I can tell, Cast of the Seven Godsends essentially boils down to your classic case of save the princess, mixed in with an admittedly brilliant narrative thrust that sees you in pursuit of the fabled seventh armour set. There are various enemies, platforming challenges, and pick ups you’ll encounter along the way, but with character animations so stiff it’s extremely hard to feel the speed that the game encourages you to play at.

There’s a fair share of levels to shoot your way through, each with their own respective mid and end level boss. It’s here where Cast of the Seven Godsends gets a little more interesting in terms of the stuff it has you doing, but only slightly. Just pray you’ve picked up a suitable weapon type before crossing that checkpoint, because if not, you might find yourself caught in a loop of battling a boss intended to be shot at with a sword instead. It’s overlooked gameplay design like this that makes Cast of the Seven Godsends feel overall unpolished. 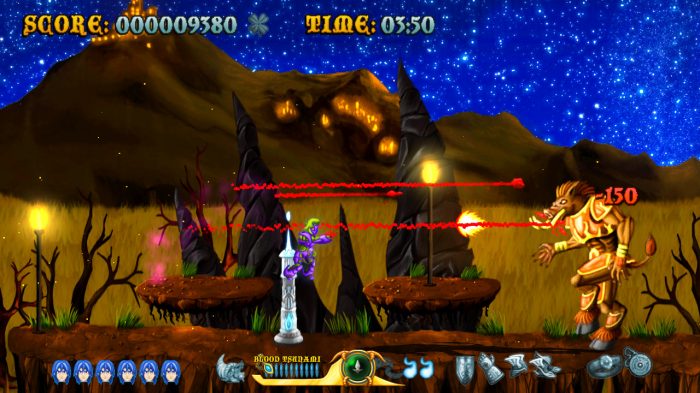 The game’s namesake comes from the fact that after picking up enough armour, holding down the A button will see any one of seven icons cycle over your head. Each one represents a different element capable of powering you up, allowing you to change into a god and use their power against the various enemies hurling towards you. All are little more than functional to perform, doing their job without much visual flourish or spectacle.

I’m sure Raven Travel Studios were passionate about giving new gamers a 2D platformer reminiscent of the classics with this title. However, in execution, there’s a sense that with Cast of the Seven Godsends the developers had bitten off more than they could chew. They might have a great game in them in the future, but for now this is not it.

Cast of the Seven Godsends

With so many other 2D platformers on Switch, playing Cast of the Seven Godsends would be like choosing to eat wood when you’re surrounded by a candy shop. It might be earnest in its attempt to pay homage to the classic retro games of yesteryear but it stumbles at almost every hurdle.