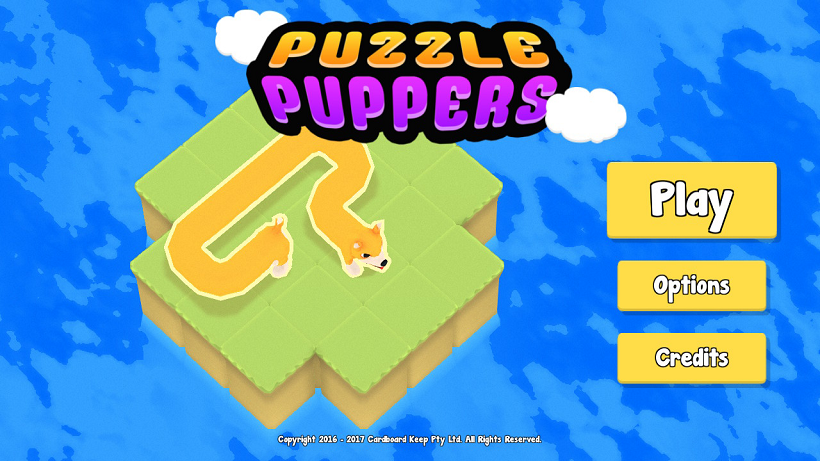 Puzzle Puppers released onto the Nintendo Switch eShop back in February 2018, and ever since then I’ve been attempting to stretch some very good boys all the way to their food bowls. The premise of the game is simply that – to guide dogs to their respectively-coloured food bowls – but with all its mechanics considered, Puzzle Puppers is a much more complex game than that, and this becomes apparent as you progress through the game’s 80 core levels.

While guiding colourful dogs to their bowls is the core premise of Puzzle Puppers, there is also a secondary objective to the game: to consume all of the tasty hams that lie scattered around the small island settings that constitute each level. These hams, if all collected, unlock further bonus levels for players to complete – meaning that there is a clear incentive to try and find the perfect solution for each level. Plus, who wouldn’t want to treat dogs to the finer foods in life? 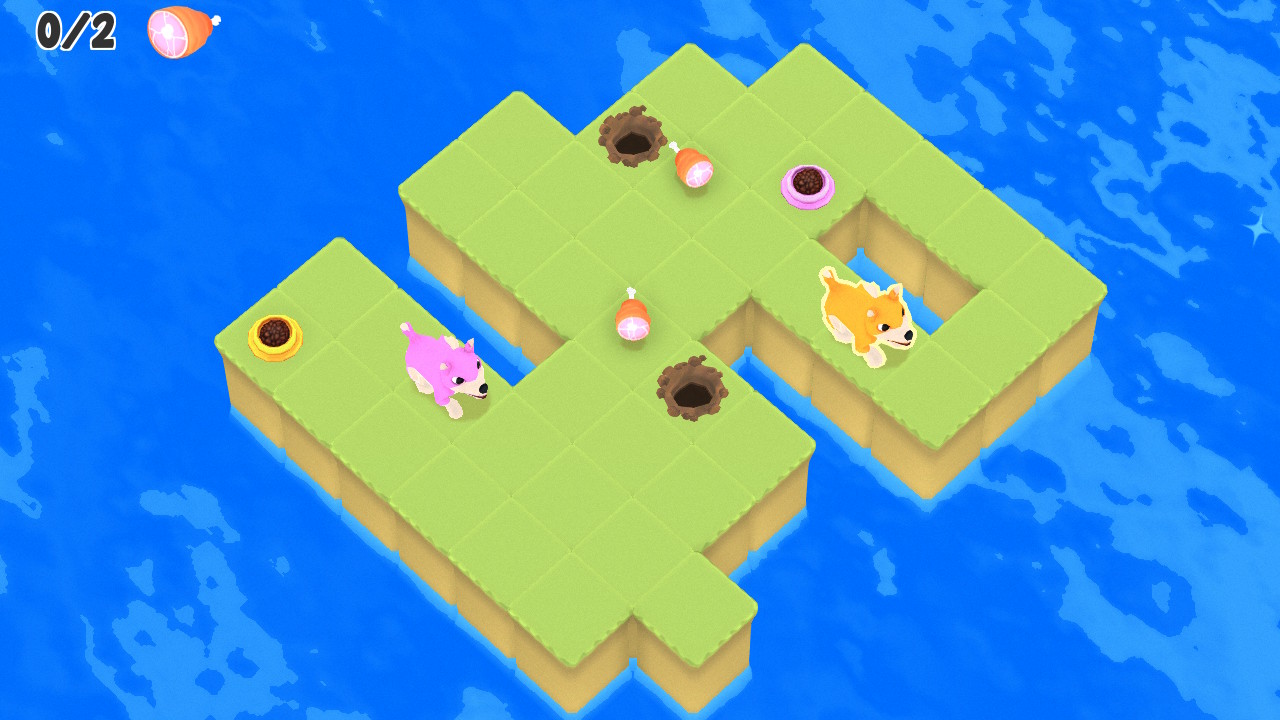 The first few levels of Puzzle Puppers are fairly simplistic, introducing you to the core mechanics of the game. However, as you make your way through the later levels of the game, you come up against various new obstacles and challenges that make solving the puzzles with all hams consumed that little bit harder, including rabbit (dog?) holes, water slides and – of course – the elongated bodies of the other dogs that you’ve already guided to their bowls. It becomes a frustrating mess of stretched-out bodies and far-flung hams that you don’t quite know how to reach without cutting off the other dogs in the equation, but perhaps one of the greatest things about Puzzle Puppers is that it never feels impossible; there is always a solution waiting to be found for each level.

On Nintendo Switch, you can use both touch controls and button controls, meaning that the game is perfect to play in handheld mode. This is only fitting given that Puzzle Puppers is a port of the popular mobile game of the same name, but don’t fret – the game looks just as good on the big screen, and the ability to select the each individual tile for each dog to move onto next using the left joystick and A means that you can strategically plan your next move. If there’s one warning I should give, though, it’s to be careful in handheld mode – there is a very real possibility of you tapping the screen in a random place by accident and undoing all of your hard work. 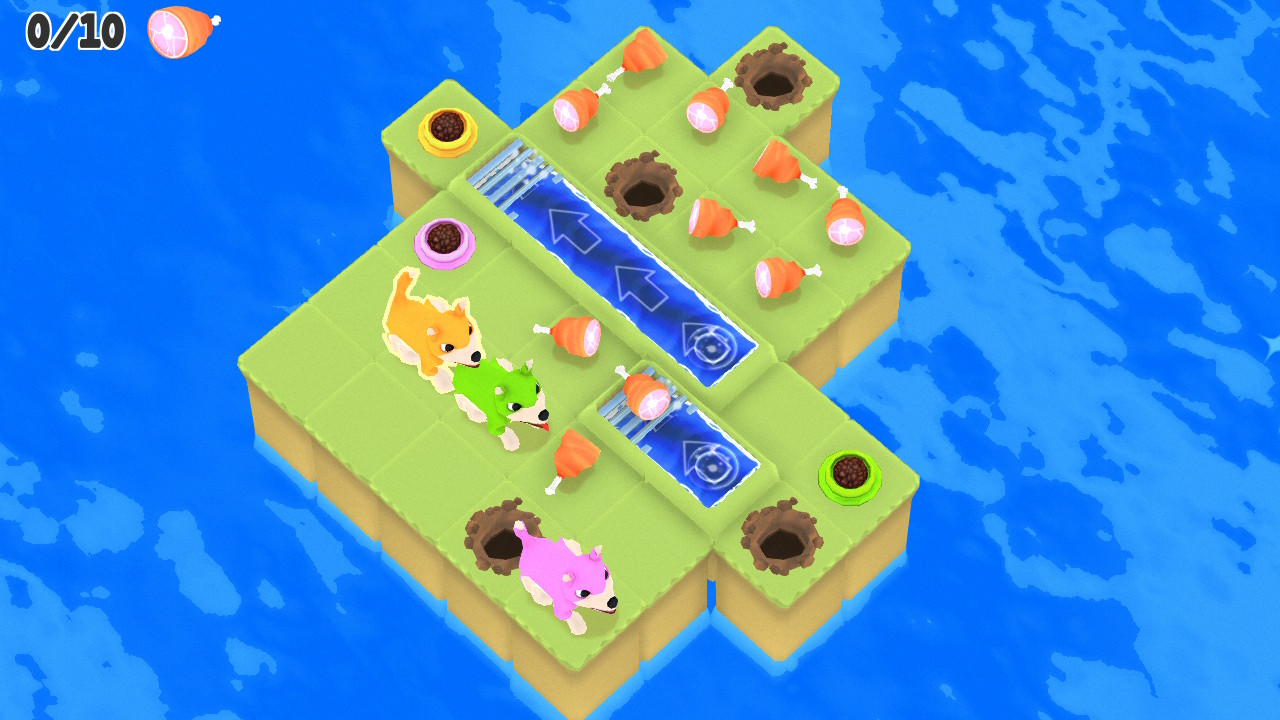 To top Puzzle Puppers off, its chirpy, upbeat music and cute visuals mean that the game doesn’t ever feel tiresome, even when you’re in the final stages of the game. Although more could have perhaps been done in terms of providing different designs for the levels and the dogs themselves (I would have LOVED to have seen different breeds of dogs used, for instance), it is one of the better console ports of a mobile game that we have seen on the Nintendo Switch so far.

Overall, Puzzle Puppers is definitely worth picking up if you like dogs and puzzle games, as it is a perfect combination of the two. It only lacks in visual variety and its overall number of puzzles, as if you’re dedicated, you can blast your way through the 80 core puzzles in a very short space of time. Now if only I could actually solve the last few puzzles myself…

Puzzle Puppers on Nintendo Switch is a delightful puzzle game to pass the time with, and is a solid port of the mobile game of the same name. With a deceptively simple concept, colourful visuals, and upbeat (yet soothing) music, you can spend many hours working your way through the various levels and feeding those stretchy long bois. Just try not to get too frustrated when you (inevitably) accidentally undo your progress on a level every once in a while.