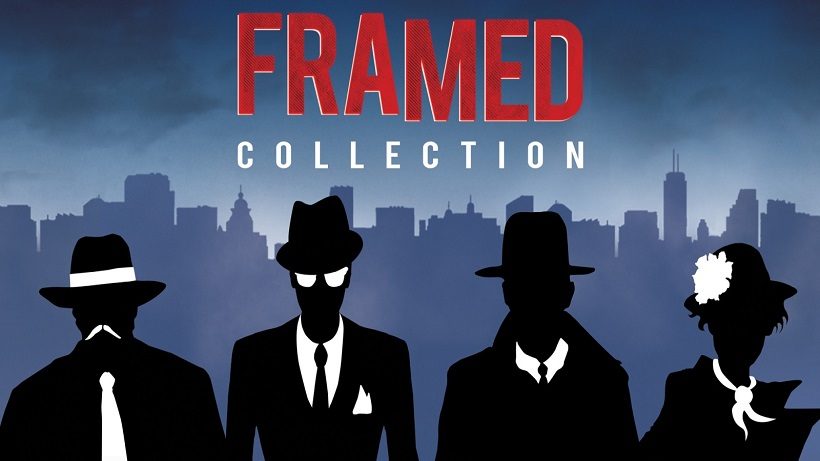 Switching up the sequence

Ever find yourself failing at something and reflecting that this was the result of a bad sequencing of events? Well, what if you could change the order to your benefit? That’s the mechanical premise behind Framed.

The world of Framed is depicted via a visually arresting Noire influenced comic book style and takes the latter further by turning the panels found in that medium as the means in which you interact with the game. The objective is to get the character(s) to the end of a scene, but the initial order will result in their untimely failure before they reach the end, it is up to you to determine an order that will safely get them to the next scenario. 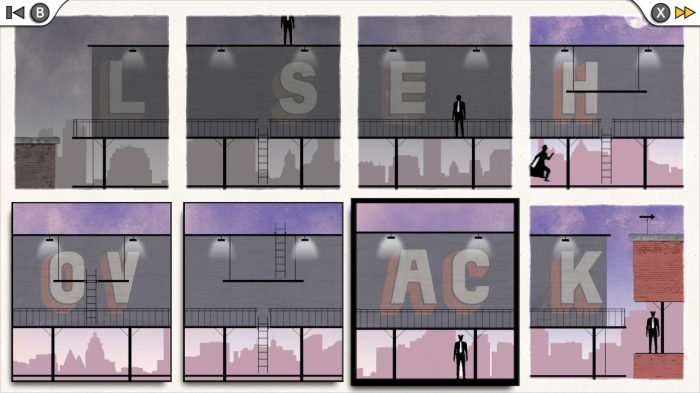 You might have noticed that this has been termed the Framed Collection, that’s because the original game and its sequel have been bundled together in one package as it makes its move from mobile platforms to PC and Switch. Nothing else has been added, but both games suit the Switch perfectly, better even than their mobile home. Moving panels in Framed can be done entirely using the touchscreen, but you can also use the JoyCon controls, be it in handheld mode or docked. Regardless of which way you play the noir visuals are stunning. The excellent jazz music score certainly benefits from being turned up, be it from TV speakers or from a solid pair of headphones. 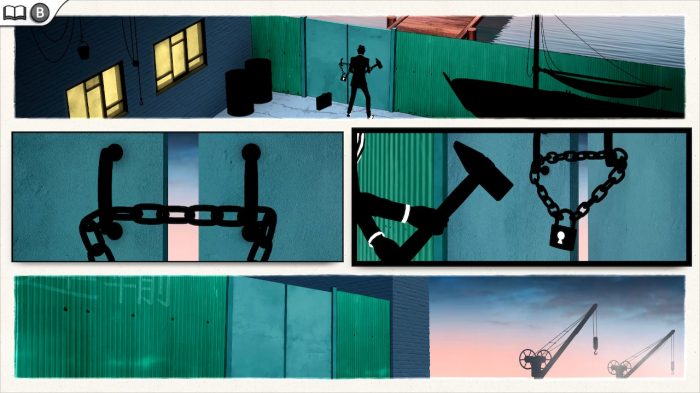 Both games aren’t very long but are designed to be enjoyed either in one or two sittings or playing one scene at a time. This is to their advantage, as you are provided with a pure puzzle experience, one that rewards your intellect and doesn’t waste your time.

During your time with both games, the way in which you interact with the panels expands, at first all you can do is rearrange, later you’re able to rotate certain panels, then you’ll have to rearrange mid sequence adding to the challenge. At times you might find yourself needing to take a moment as you allow your brain to fully take in the scene that is present before you. Whilst early on you can get away with trial and error – although this removes all enjoyment from the game – this isn’t an option for most of the game, and as much as Framed tries to trick you it is consistent in the logic of the puzzles. Succeeding in a scene that you have been struggling with for a little bit is its own little reward. Yet even when you fail, the animations of the character’s demise are darkly comic. 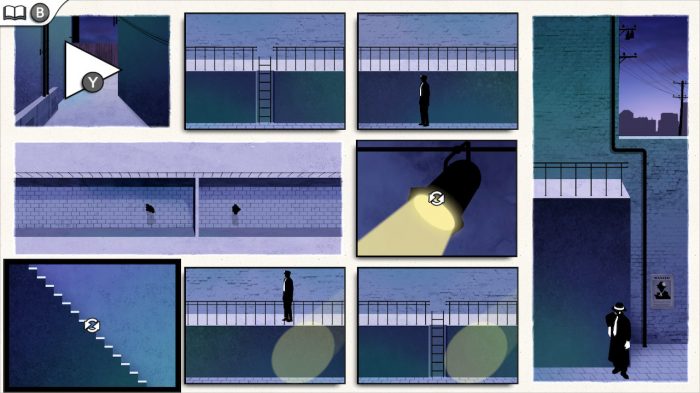 Having access to both games is the best way to experience Framed as the sequel builds upon the original, keeping the same feel, but without providing a repetitive experience. If the original could be criticised for anything it would be the final scenes, which despite the approach taken with them, felt like padding. The sequel does not make the same mistake, although it does take longer due to the gradual increase in difficulty. Framed 2 assumes that you are familiar with all the previous mechanics, and then adds in some ingenious new ones for good measure. Along with slightly improved visuals provides an altogether improved game.

The Framed Collection might be “just” another mobile port, but it is one that is right at home on the Switch. You might not spend that much time with the two games included, but you’ll enjoy every scene that you play.