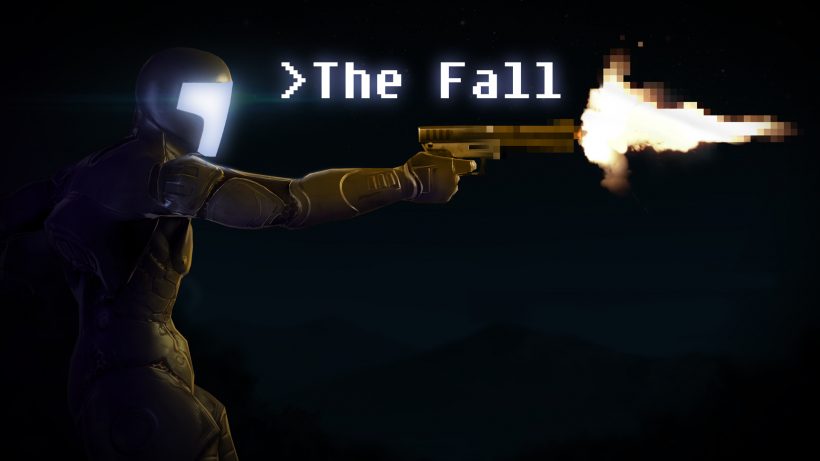 There’s something about exploring subterranean corridors on an alien planet which just screams Nintendo, and while The Fall isn’t too much of a Metroid-a-like, you will see the subtle influences at play.

Previously released on the Wii U eShop, we got the follow-up game, Unbound, earlier this year, meaning we now have the full series so far on the Switch, and look in good stead to get the third title, which is on the way.

It’s a science-fiction adventure which sees your character, an artificial intelligence suit crash-lands onto a dangerous site and sets about trying to figure out some futuristic puzzles based on riddles and encountering antagonist AI which doesn’t want you to step outside the box of what is expected from all the other droids. It quickly emerges that the planet has a darker story behind it, with bodies of natives strung up and the evil Caretaker character doing his level best to stop you from achieving your mission of finding medical aid for the suit’s incapacitated pilot.

The core element of the puzzles is finding one item to open up a new pathway, getting another item in the process and then repeating the formula. That’s easy to explain, but it’s not something that is delivered in a way that’s easy to work out. The majority of these puzzles involve thinking outside the box, tricking the system and not simply doing what it appears that the game is asking you to do, and for that reason you’re probably going to find yourself getting stuck and reaching for a guide pretty often. The tactic quickly becomes to scan all you see – what can be interacted with, and will it give a new item? Then, try selecting every single item in your repertoire to see if it does anything at the point which you got stuck.

The Fall excels in its writing, with voiceovers for pretty much all of it adding to an engrossing feel, while the humour hits the mark well too. Slightly irritating, though, are the controls, particularly when it comes to pointing your scanning light and aiming while shooting. A simple button press switches between the two modes, but the actual aiming part is done with the right stick, and you’ll need to circle it around slowly and clunkily to adjust your line of sight.

There are sections in the game which provide multiple enemies on screen at the same time, and with headshots of key importance to taking them down, accuracy in your shooting is pretty important. There’s a regenerating health system, but you can hide behind objects to allow you time to recover.

It just doesn’t feel intuitive in how long it takes to swing the gun around. On a similar note, a key feature of the game is to use the scanning light to discover objects you can interact with which, if used correctly, will progress the story. But there are instances where a number of them are too closely-grouped together, meaning you’ll need to make sure your character is standing in the correct position to ensure one item doesn’t awkwardly get in the way of another.

The Fall may be a game that’s a few years old, but at £7 it’ll do you no harm if you’re taking it on for the first time.

What The Fall offers in story and atmosphere is a little let down by some clunky controls. It’s an enjoyable exploration which will be lengthened by some difficult puzzles if you don’t use a guide, so by all means go for it if you didn’t try it on Wii U.