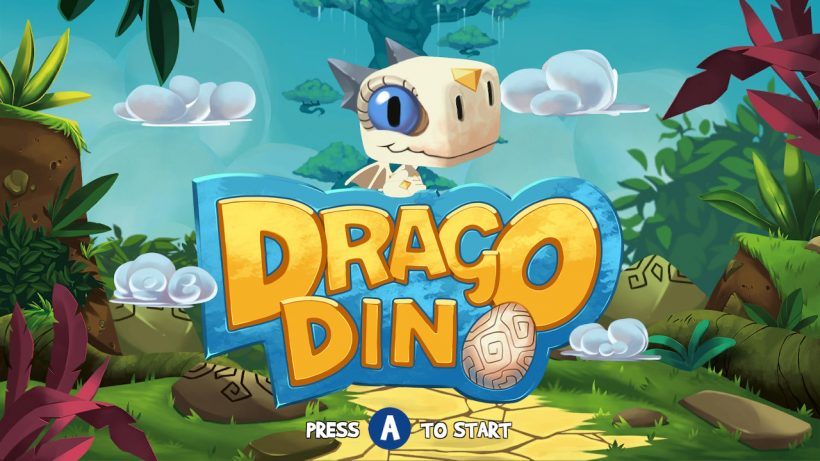 Even when it works, it’s bad.

When I start a new game to review I always look for a good first impression to know whether I’m going to be in for a bad time or not. When a game doesn’t even manage to get past its loading screen on the initial boot up that’s when I start to worry, sadly this was the case with Drago Dino.

Originally released on PC back in June 2017 to absolutely no fanfare from what I could find, Drago Dino has snuck its way onto the Nintendo eShop, once again to seemingly no fanfare, but having already opened up on a negative note, does the game do enough to pull itself back from a negative first impression? 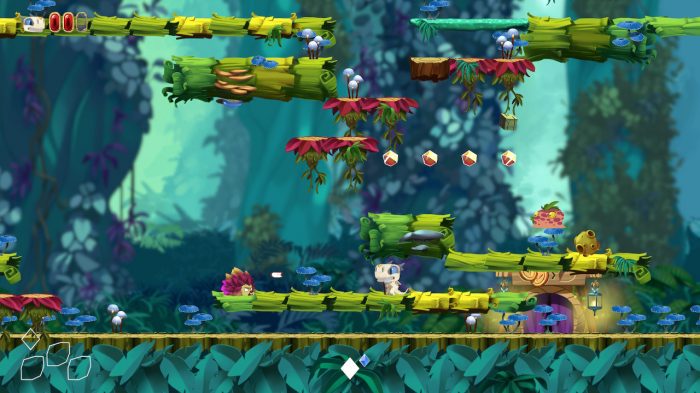 Drago Dino is a 2D platformer in which you’re given the role of Bob the Dinosaur, who is looking after an egg said to be incubating the legendary Drago Dino baby – an occurrence said to happen every 100 years. Sadly, the dragon lord has decided he should have the egg and decides to steal it with the help of his minions. Devastated by the discovery, Bob must endure 10 levels of platforming challenges to climb the mountain on top of which the evil dragon resides and reclaim the egg.

Levels take place on a 2D plane where you’ll go left to right, up and down collecting gems and defeating enemies along the way until you reach a door at the top of the level to complete it. There are obstacles to jump over, but other than the aforementioned, there isn’t any standout mechanics or unique gameplay objectives that make this diiferent from any other 2D platformer available on the eShop. 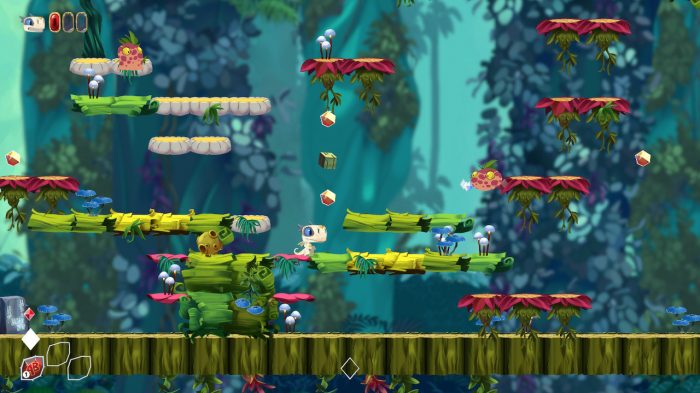 You’re given the choice of controlling two different characters, Bob and another unlockable character who both control similarly, and by that I mean they both control poorly. Only three buttons are used in this game, the B button allows you to jump, the Y button allowing you to do a super jump only once you’ve collected all the gems on a level. The ZR button allows you to shoot enemies, the problem is your projectiles don’t shoot very far meaning you have to get dangerously close to enemies – which often ends with death.

Jumping is also incredibly difficult to get used to, as it feels overly weighted. You’re also supposed to be able to glide by holding the jump button for a certain amount of time, sadly this doesn’t seem to work all the time and can lead to you falling into traps unexpectedly, which is a real annoyance. 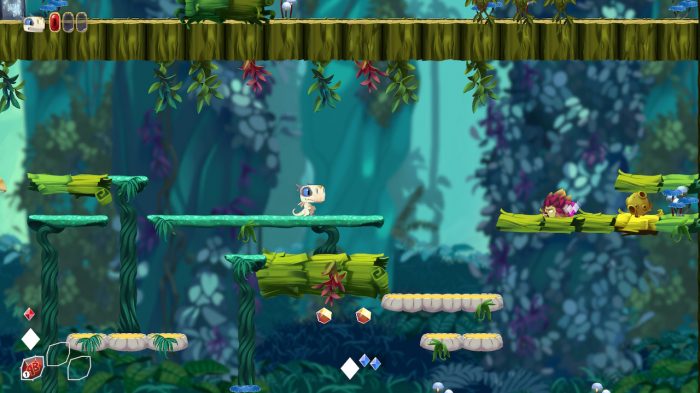 Besides it’s technical flaws, unfun gameplay and poor controls, there is genuinely nothing Drago Dino offers that I was able to find enjoyment in. It has very bland level design that became monotonous just two levels in, and the longer stared at its seemingly never ending loading screens the more I found nothing but boredom in this game with very little variety and unenjoyable gameplay.

Don’t let its cute characters and cartoon graphics fool you, Drago Dino is sadly a game that seems very much unfinished and has far too many problems to consider it buyable. I’d say that it would be much better to avoid this one until a patch at the very least is released.

Drago Dino is a game that hardly works and even when it manages to get past a loading screen the gameplay offered is poorly executed and not enjoyable.