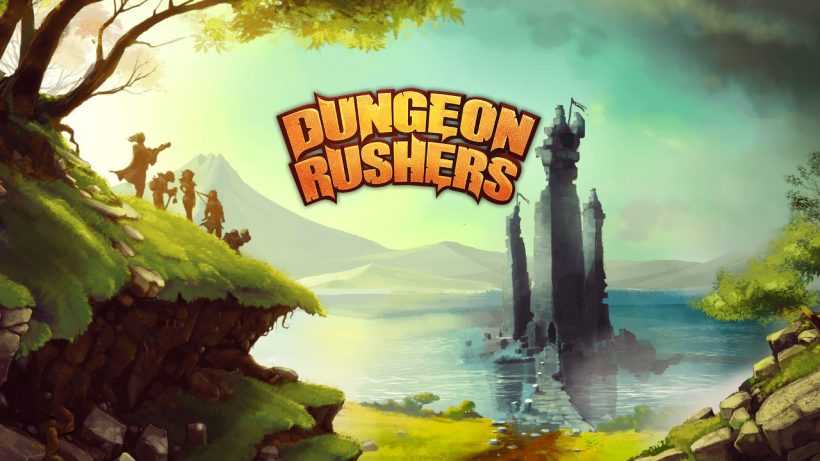 There are many games about dungeons on Switch eShop. That is not surprising, though. Gaming dungeons are always a welcoming invite to exploration, an arena to combat against fearsome enemies, and a promise of gold and treasures. Every game tries to present a different approach to these elements – some better than others – and despite its flaws, Dungeon Rushers delivers an interesting and worthwhile experience thanks to the unique elements it brings to the table. 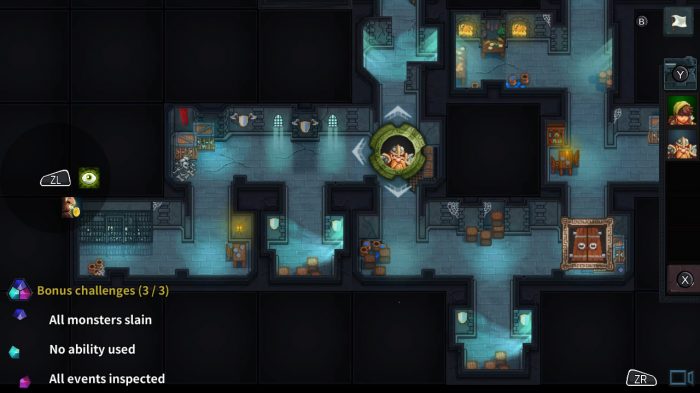 The adventure through the D&D-like world of Dungeon Rushers starts with you controlling the ranger Elian, and includes things like an accountant dwarf (who joins your party as a tank), bored skeletons, and a conspiracy about the value of dungeons. This means that, while not particularly memorable, Dungeon Rushers’ main storyline is all about turning the tropes of fantasy worlds into a goofy adventurous tale. Reminds me of Terry Pratchet’s Discworld, in a good way.

You won’t be playing Dungeon Rushers for its narrative, though. What really keeps you hooked is the very entertaining dungeon exploration and combat mechanics. The game is divided into many dungeons, which you can access sequentially. Once you enter on each one of these levels, exploration takes place in a tabletop-like fashion. A badge icon represents your team, and you can move it to reveal the adjacent tiles. As you do that, you can find shrines to activate, treasure chests to look, or enemies to combat. 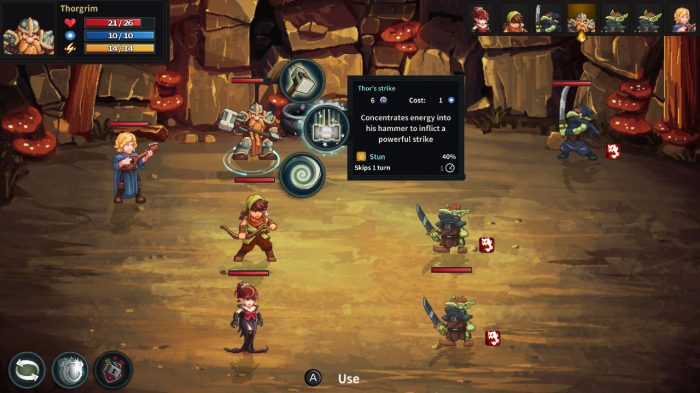 When it comes to this combat, Dungeon Rushers puts your party (of up to five members) against enemies with unique characteristics, and does that within a turn-based combat structure. Each party member have three different abilities, which can inflict damage in distinct ways, or even apply unique statuses on your enemies or buffs for your team. Both your party and your enemies’ can be positioned on two distinct rows, and characters on the front lines can block certain attacks. This adds depth to the game’s combat, and makes every enemy encounter challenging and interesting.

As you progress through the story, new characters will join your team, allowing for many different combinations to both combat and exploration. Certain characters have skills that can be used outside of combat to do things like disarming traps, or finding near treasure. There’s also incentive to revisit early levels. Each dungeon has three challenges, which demands a more skilled approach, such as defeating all enemies, using no potions, among others. Once you complete these, a heroic version of the level will be available. The heroic mode will randomly replace stronger enemies, allowing you to get more experience and better loot. 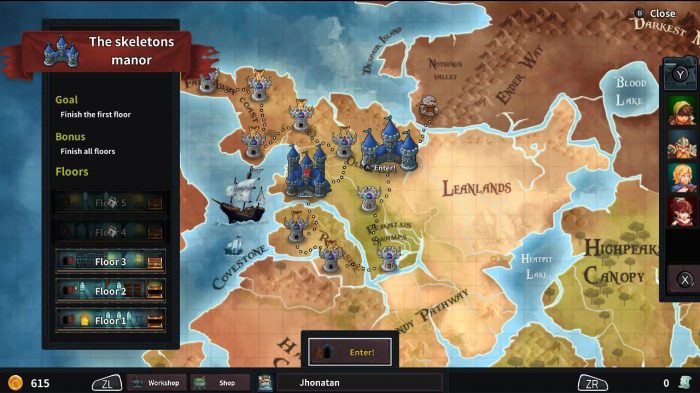 If you add to all that a crafting system and shop, it is undeniable that Dungeon Rushers has lots of content to offer. However, it lacks a bit when it comes to its technical aspects. The game has a simple but pleasant art style, with a soundtrack that does the job. The battle animations are a bit lacking, but nothing particularly wrong here. The biggest problem of Dungeon Rushers is a frequent and constant mini-load that happens… pretty much everywhere? Each menu you open or option you select comes with a second of frame freeze. It isn’t something absurd. You get used to it, but it is weird nevertheless.

If you manage to ignore its technical issues, Dungeon Rushers delivers a worthwhile tabletop-like dungeon crawler experience, with a surprisingly deep turn-based combat, and tons of content to offer.