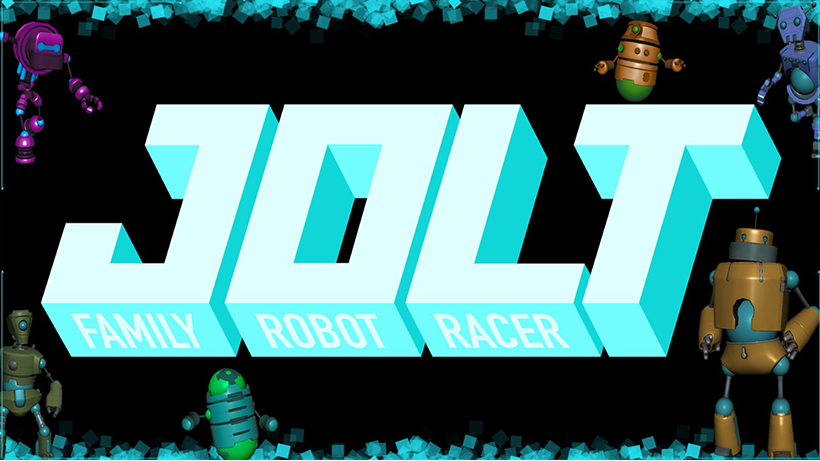 It’s over all too quick.

Jolt Family Robot Racer combines the idea of platforming with the competitive nature of racing, tasking you with racing through short courses, jumping, boosting and avoiding traps until you’re the last one standing. Jolt keeps the controls and mechanics relatively simple in order to put the emphasis on execution, with just a boost and jump mechanic to play with, races become about planning when best to use the boost and nailing those wall jumps, in theory anyone can pick up and play the game. 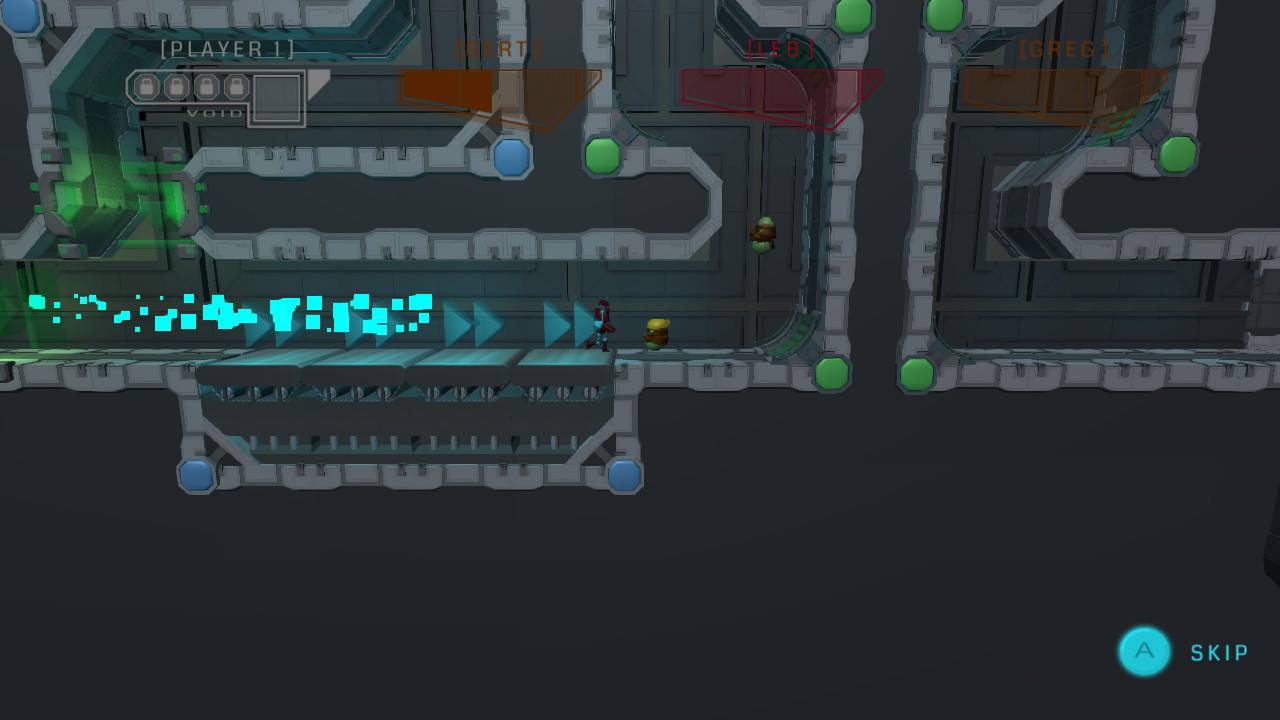 Things start to fall apart though when really getting into the platforming aspect of the game. The controls feel unresponsive at times, from missed boosts to bad wall jumps, I never felt as in control of my character as I wanted. The levels also don’t lend themselves to the racing aspect of the game, the camera will follow the player in first place and anyone who falls behind will be eliminated, many of the levels involve navigating tight tunnels and multiple routes. With the camera following the leading player, the game feels extra punishing if you fall behind as you wont be able to see your route and so things quickly spiral out of control. 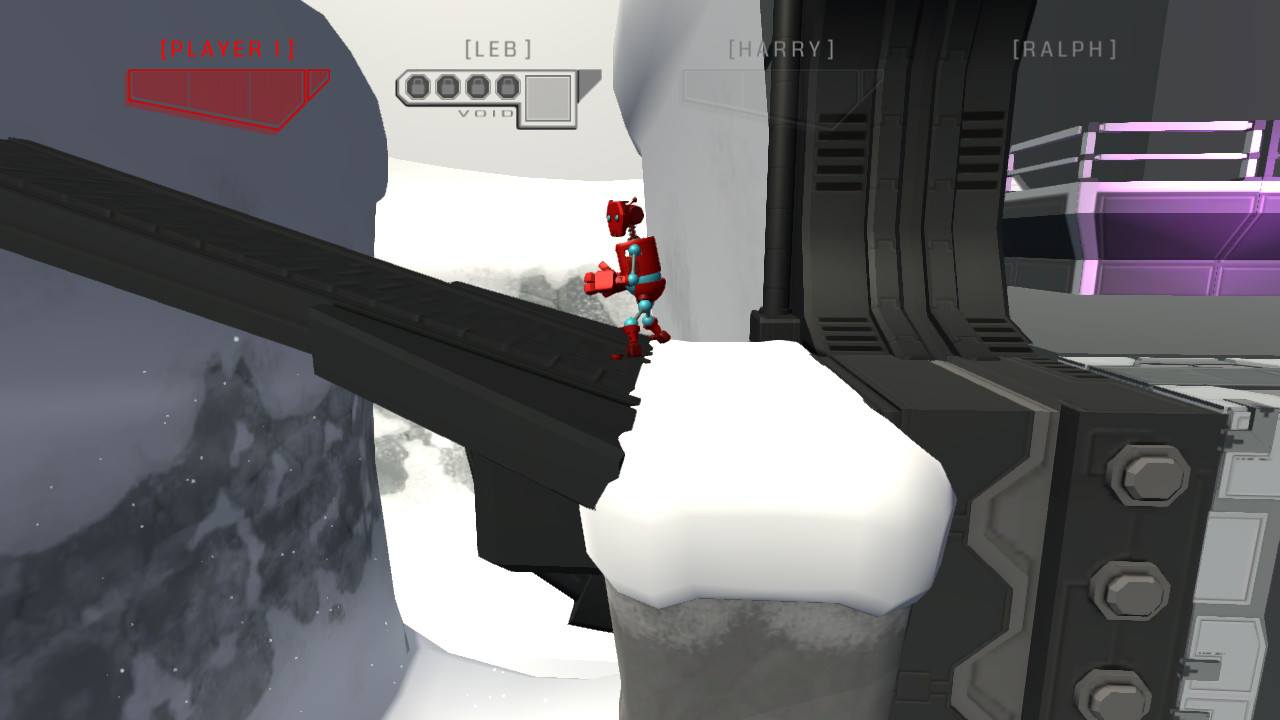 The game only offers up a couple of basic racing formats, so once you’ve played a few rounds you’ve seen all the game has to offer. There isn’t much in the way of progression to be had, you wont be unlocking extra courses or characters. This unfortunately adds up to a real lack of meaningful reasons to play the game, with nothing to strive for there really isn’t any reason to go for that one more round. That alone can be disappointing, but I feel like the game failed to experiment with more fun ideas for courses, with only a handful to choose from there isn’t much ramping up in difficulty or really interesting tracks to play, they all feel similar despite the varying aesthetics. 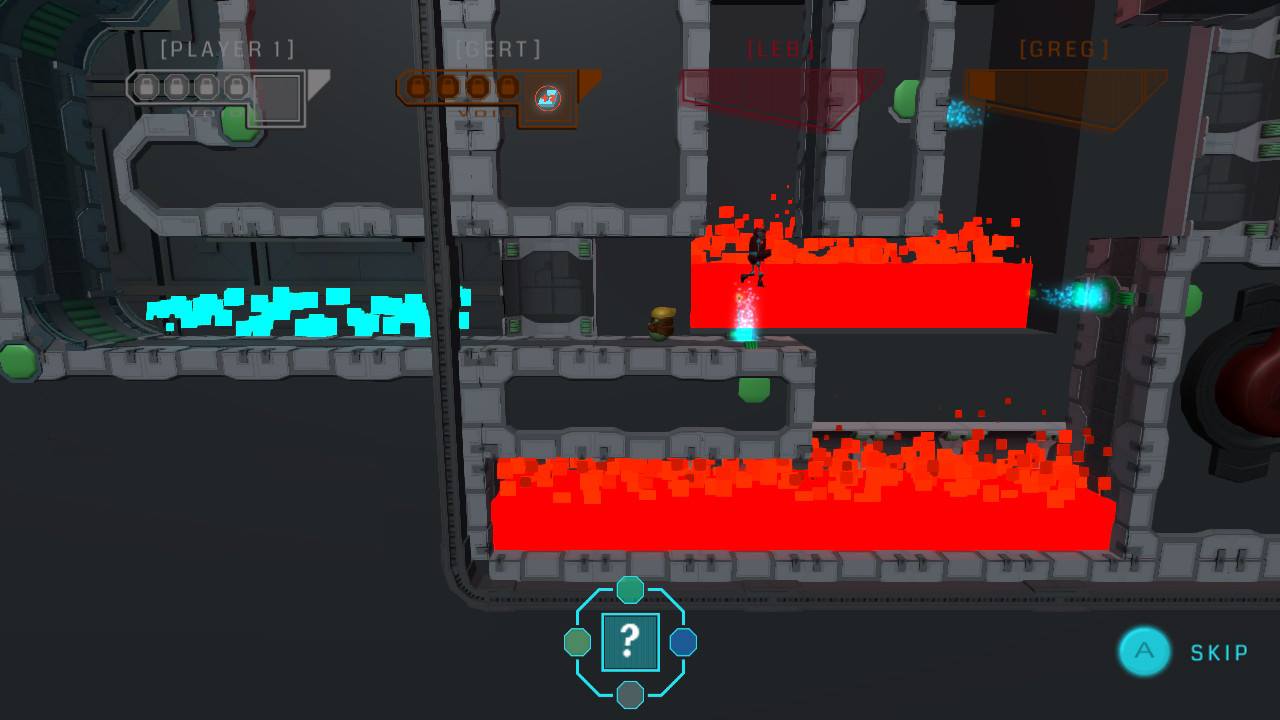 Running with aesthetics, with only a few different courses the game does a pretty good job of mixing things up, from nice grassy plains to frozen caverns there’s a nice variety in locales. With only one course set in each location though, there isn’t a lot of room to really explore the different looks. The game also allows you some simple customisation of your characters. You can change a few body parts and alter the colour but anyone looking for really cool looking skins or stylish characters might be left a little disappointed. There’s also the minor issue of some other racers being really similar colours and styles to your own making it difficult to discern which character is actually yours when racing. It was rarely and issue but an oversight none the less.

Jolt Family Robot Racer attempts to put a spin on the platforming gameplay we all know and love but unfortunately some unsatisfying controls and a lack of content mean that despite attempting to deliver a different platforming experience, this game is forgettable and hard to recommend to anyone. The ideas show promise but the game needed fleshing out more to dig into what makes the idea interesting in the first place.

Jolt Family Robot Racer attempts to add a competitive edge to the platforming formula, unfortunately a lack of progression and content holds back already lacklustre gameplay. With little to offer it’s hard to recommend the game to anyone in particular but there’s something promising about the concept of racing in a platforming style.