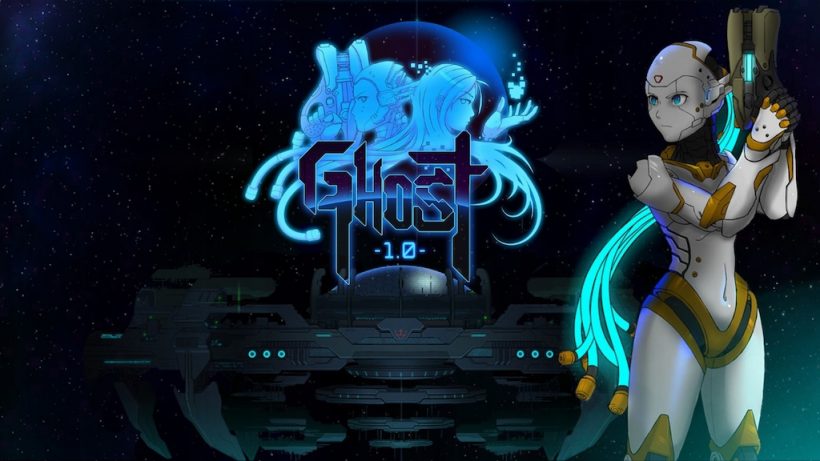 The Switch has become home to a number of quality ‘Metroidvania’ titles in recent months, with games such as Axiom Verge, Bloodstained: Curse of the Moon and Hollow Knight garnering critical acclaim across the board. Developer unepic_fran looks to join the ranks with a port of their 2016 title Ghost 1.0, a game that impresses with its controls, but loses big marks for slightly bland level design. As such, it’s a good game, but not quite great.

Taking on a certain ‘cyberpunk’ sci-fi aesthetic, Ghost 1.0 takes place in the future whereby you play as the titular character, who is in fact a ghost, despite her initial physical form. Working in conjunction with two cyber-criminals, you must infiltrate a high-tech facility owned by the Nakamura Corporation. Starting out, you’re introduced to the game’s various mechanics at regular intervals – although I must admit that the interruptions were a bit too frequent for my liking, and I found myself wishing I could just get on with it. 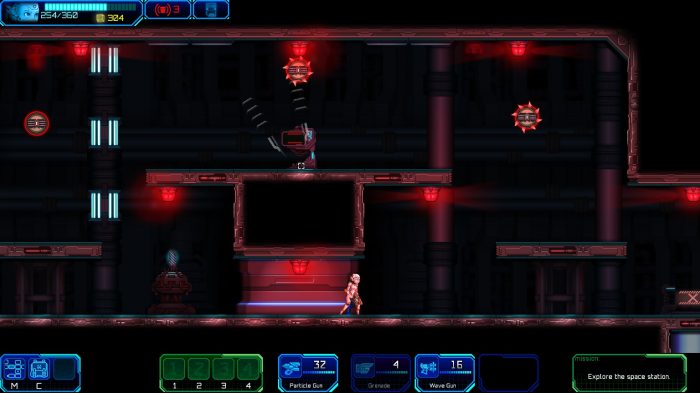 Ghost 1.0 controls very much like a standard Metroidvania title crossed with a twin-stick shooter. You move through the environments, jumping across obstacles and unlocking new paths along your way. The handgun at your disposal is your primary form of offence, and by moving the right analogue stick, you can point it in any direction, covering a full 360 degree radius. It contains unlimited ammo, so you won’t have to go looking for supplies along your way, but keep in mind that the bullets will gradually replenish over a few moments, so don’t go too trigger-happy with it.

Perhaps the most interesting aspect of Ghost 1.0, however, is the fact that your character is merely commandeering a robotic chassis. Ghost is, after all, a spirit, and as such can leave her primary body behind and float around the environment. By doing so, you can actually inhabit the bodies of other robots, turning what would normally be a deadly foe into a useful vehicle to progress further. These moments are fleeting, and you’ll mainly only be using this ability to press hidden switches, or to take out a group of enemies, but it’s a cool feature that sets Ghost 1.0 apart from its contemporaries. 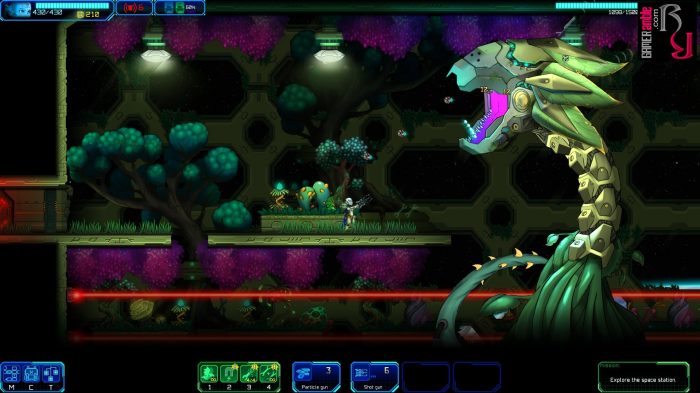 Sadly, whilst the gameplay mechanics are mostly sound, the overall visuals are a bit lacking, and the environmental design in particular leaves a lot to be desired. You’ll see a lot of the same doors, elevators and crates along your journey, and I just wish that this could have been mixed up a bit more. Additionally, there was no effort in filling the screen with artwork – aside from the actual corridor area which you’re running around in, the rest of the screen is pure black. Enemy design is okay, but you’ll mostly be dealing with a lot of the same type of humanoid robots.

Ghost 1.0 is overall a really enjoyable entry to the Metroidvania genre. Its got a decent cast of characters and a plot that doesn’t take itself too seriously. The twin-stick gameplay is engaging in a similar way to Metroid: Samus Returns on 3DS, and the ability to turn into a ghost at any point is genuinely cool, if a bit undercooked. Unfortunately, there are other, far better examples of the genre on Switch you should probably try first.

Ghost 1.0 features strong gameplay hooks in the form of twin-stick shooting and enemy possession to keep players engaged to the end. Sadly, it’s not quite up there with other metroidvanias on Switch.