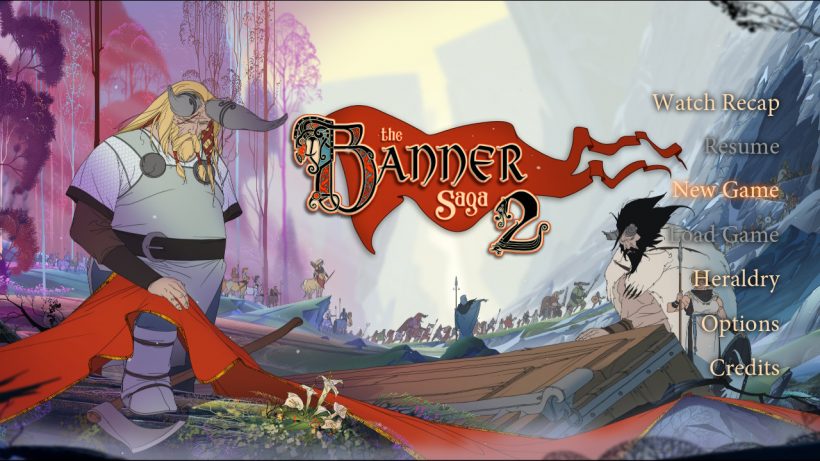 No hulk, only Banner

There’s a spoiler in The Banner Saga 2’s game tile which shows that certain outcomes in the first adventure can carry over. Not only is that hulking Varl, Iver, missing one of his limbs, following his encounter with the Dredge leader, Bellower, it also means that whoever you chose to perish in the climatic battle is also not present here. Your adventure across this trilogy of titles continues and you can begin by importing your save file from the first title, or if you prefer (or a newcomer to the series) you can bypass that altogether and just choose one of the two characters who could have died. My recommendation is that anyone looking at this should definitely play the first game, which I rather enjoyed – if only for the continuation of the story. 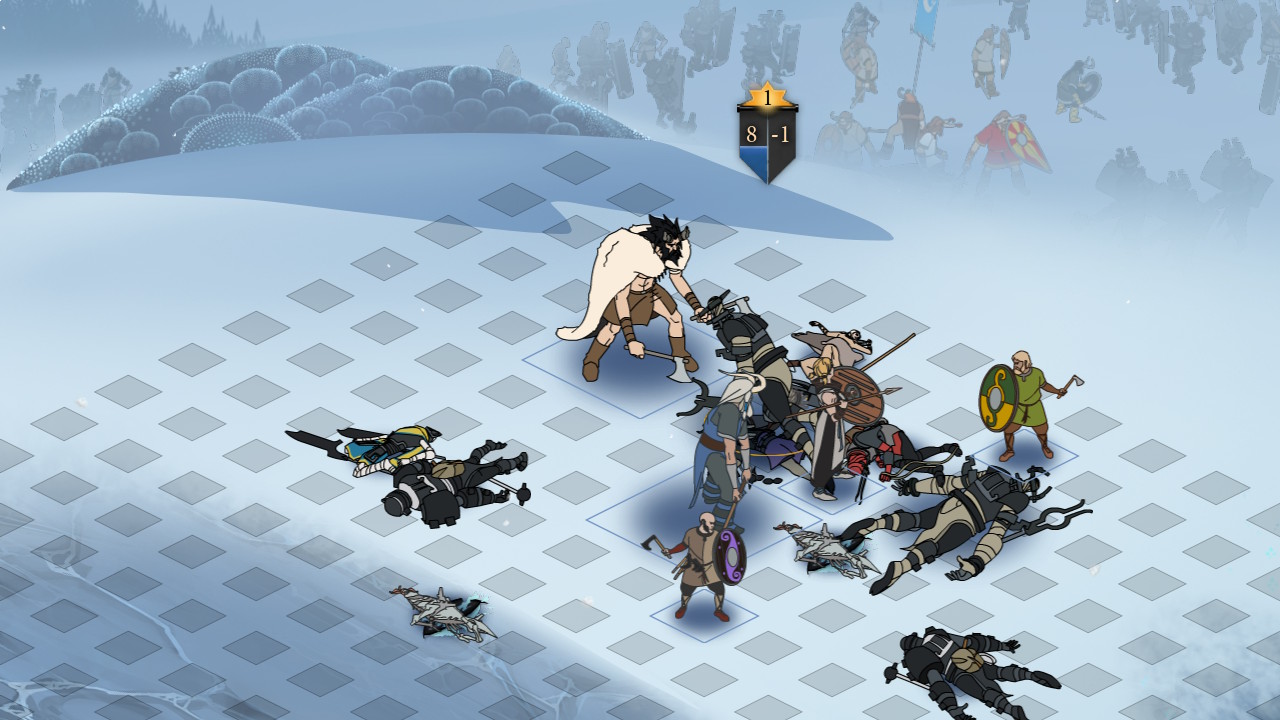 However you begin, it’ll pick up on chapter 8 in the aftermath of your clans’ “victory” at Boersgarde. It would appear that the world is still in great peril, and your adventure tasks you with seeking solace in the human capital of Arberang. Despite suffering a huge loss on the other side, the deadly Dredge are still in pursuit of you (for good reason, which I won’t spoil) and what follows is essentially more of the same as the first game, as you’d expect. That means a huge dose of turn-based battling, intermixed with some great story-telling, and many hours of decision making.

Initially your story begins with just one caravan of clansmen, which, as the story evolves, sees alternating chapters with differing objectives as your entourage separates. The game features the same, side-scrolling caravan escapes you may be familiar with alongside the narrative and decision making scenes, and when needed shifts into the tactical side. Successful victories/decisons will yield Renown which can be spent on supplies (for boosting morale), items or upgrading your characters stats when available. This enforces a balance where you either risk your clan going hungry, or trade those supplies for being underpowered later on. 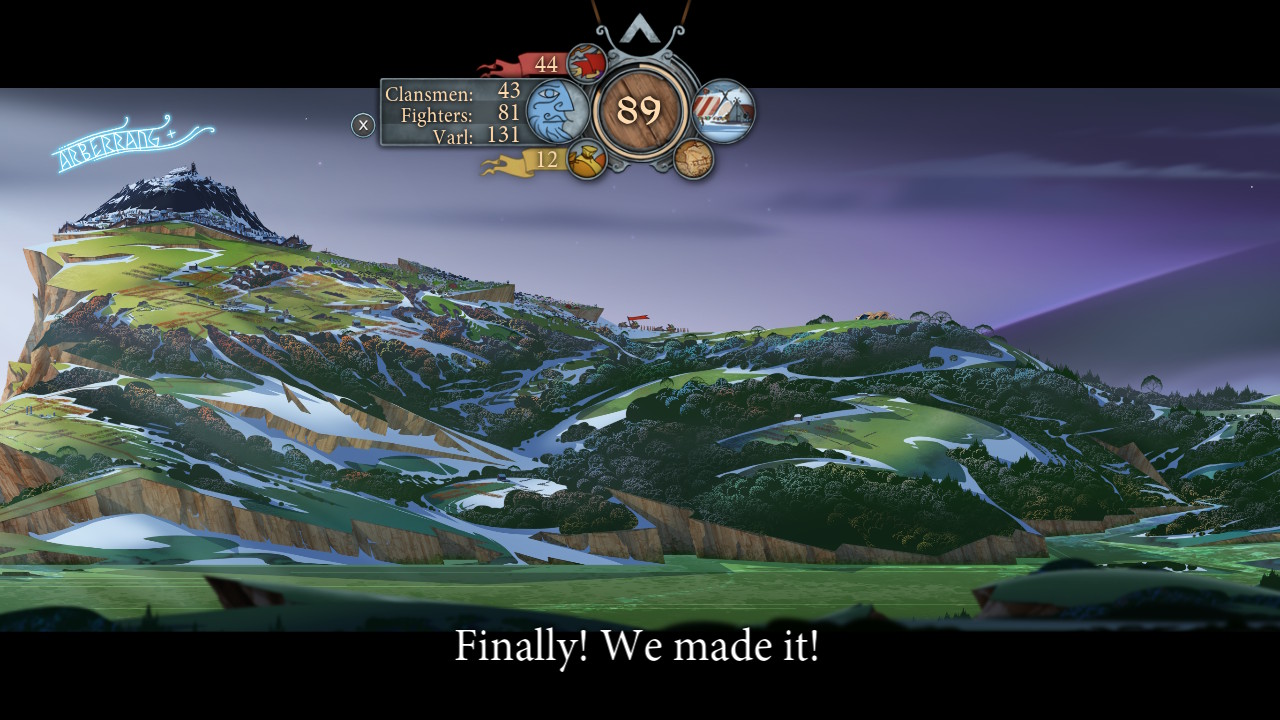 That battles themselves follow the same formula as before as you’d expect, and when attacking you’ll have to chip away at the enemies’ armour stat before having any hope of decimating them – especially on the higher difficulties. Before each battle you’ll be able to set your squad from available characters and in this title there’s a new class too – the Horseborn, which are centaurs, and gives even more variety to the attacking types available to you.

I have to say that despite sporting a little more polish that the first title (it’s only two years old as opposed to four) I didn’t enjoy The Banner Saga 2 as much. Visually it shares the same fantastic look and atmosphere as the first, but as noted, it seemed to be a little more refined, which is very welcome. However, the sense of tension and finality that was present in the first game is somewhat absent, and despite the stakes seeming much higher, it never really felt that way when I was playing. There seemed to be less encounters than before, and therefore less action and it certainly felt like a middle part with the best bits saved for the end.

That’s not to say that I didn’t enjoy it at all, because I certainly did – it just fell a little flat after such an enchanting and enthralling first entry. Hopefully this means that they are saving the best for last.

It’s the middle part of a story and at times it certainly feels middling. More polished that the first title yet nowhere near as enthralling or captivating, it feels like it was dragging the story along at times. Fans of the first title will still find plenty to enjoy, and I hope that the final part sees some of the choices pay off.