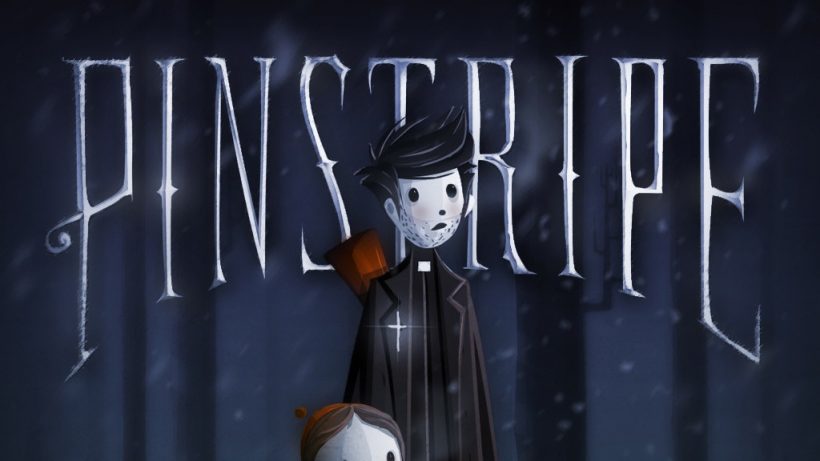 “How far would you go to save the one you love?” It’s a question that protagonists in video games seemed to get asked a lot. This is most often due to the overt sense of altruism they typically need to exemplify; which, if written and presented convincingly, we as players should have no problem aligning with. Pinstripe is a 2D puzzle adventure game that throws us into this familiar scenario, albeit with a noticeably darker edge than what we’d expect to see – where things aren’t always as they seem.

Pinstripe sees you step not the shoes of former minister Teddy, whose everyday train journey is suddenly cut short after a demonic presence – the eponymous Pinstripe – kidnaps his three-year-old daughter, Bo, and he finds himself transported into the harshness of hell. From here it’s all about making your way through Pinstripe’s five or so hellish stages, solving puzzles and interacting with characters along the way. 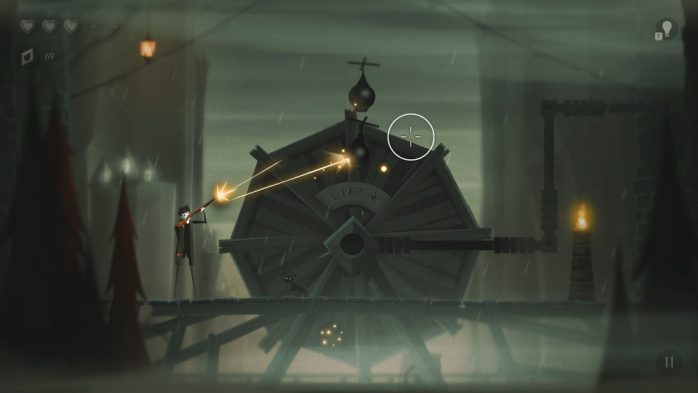 The brilliant thing about Pinstripe is that, for how dark and unsettling its world can initially seem, its story is an emotional one. Right from the off do you feel determined to soldier on and live up to your duty as a father, if only to prove the ever-taunting Pinstripe that he is wrong about you. The soundtrack and art style reinforce this, working as a cacophony of gloom that comes together to depict a version of hell we don’t too often see. Compared to the red heat and brashness of most other versions, this is a much more fairytale and folk inspired rendition.

While Pinstripe may only clock in at around two hours’ worth of game, its puzzles are varied and challenging enough that you never feel short-changed. From collecting the full amount of frozen drops needed to charm over a train ticket salesman to shooting the correct code word needed to dislodge an extravagant Rube Goldberg machine using your slingshot – there are plenty of times you’ll find yourself scratching your head while trying to overcome the next obstacle, but never to the point of annoyance. 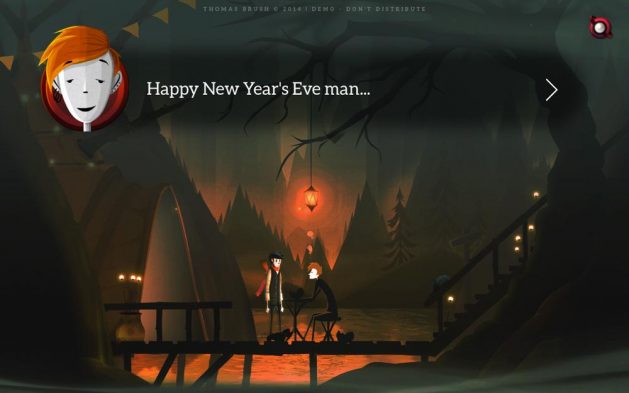 Most of the delight found in Pinstripe, outside of the emotional through line, comes from the eclectic cast of characters you bump into while undergoing your hellish descent. Each is well-written, fully voiced, and have their own reasons for finding themselves within Pinstripe’s ghoulish world. This actually encourages you more so to succeed in the rescue of your daughter, as they continually gesture you to avoid succumbing to a similar fate to theirs.

Pinstripe may only be a short experience, but that doesn’t stop it from being an incredibly heart-wrenching and memorable one. By the time the game’s story comes to an end you feel like you’ve been on a journey yourself, fully taking up the responsibility felt by Ted in-game to redeem himself of past sins. It’s one of those rare indie adventure games that doesn’t feel tedious to the point of frustration, instead placing its heart on its sleeve and coming off all the better for it.

Pinstripe is a deliciously dark 2D adventure that places heart at the centre of hell.