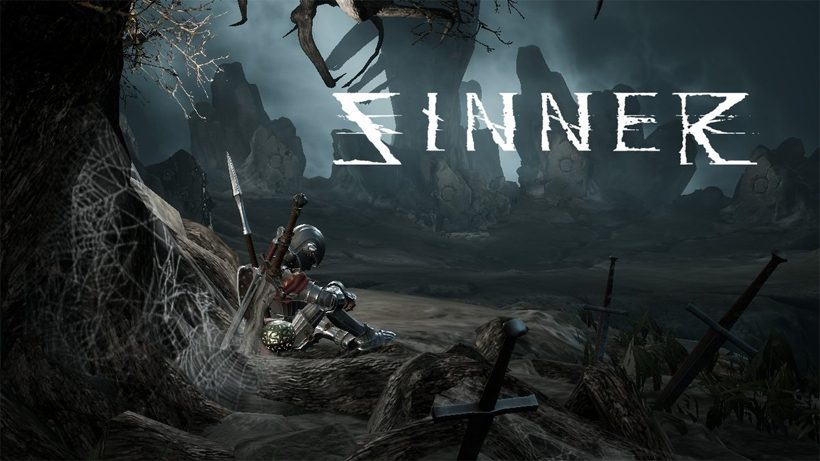 A dark and punishing title that fails to impress.

Sometimes you want to skip all the hassle of fighting your way to the boss and go straight to them. Offering high risk, high reward gameplay these titles give players an immediate challenge. This boss rush design is the set up for SINNER: Sacrifice for Redemption which invites players to overcome sin to take down massive and powerful bosses. With heavy inspirations from the Souls series, have developer DARK STAR done enough to create a compelling, boss rush experience? Not really.

Taking on the role of a lone warrior, players will find themselves on a strange shore in which they must sacrifice more of their poor existing to be able to challenge several bosses. This tale of redemption won’t provide players with much in terms of story as only a few small pieces are provided during the whole experience. This is a title that wants to get players right into the action and it doesn’t waste time on lore besides the need to defeat each of the sins, and honestly that is okay.

To do this though players will need to make use of a limited set of equipment that is given to them at the start. Players won’t find a deep RPG experience here as there is no way to develop your character or equipment. You take what you are given and you make it work. That is until the title’s ‘level-down system comes into player, which sees players need to sacrifice more of themselves in order to take on the bosses. This includes having less health and items, a lower defense, a shield that breaks and many more. These debuffs stack and remain after each fight as well meaning the more you progress the hard the title becomes. Picking an order to combat the bosses in that suits your playstyle is key because of this.

This gameplay mechanic would be interesting if it wasn’t for the fact that SINNER: Sacrifice for Redemption is a hard title to play. The controls are akin to the Souls series but not as responsive with noticeable input lag on actions and a camera that does not work in your favour and lacks any controls. Add this to the difficulty of the bosses and you have a seriously challenging experience which frankly does not offer much in the way of rewards, leaving you feeling extremely unsatisfied.

To make matters worse the Switch release is not a stable one. Load times are long, more so in handheld mode, with frame rate issues all over the place which really hinder the fight’s. On top of the poor performance there were a number of times I encountered bugs such as falling through the floor, which brought an early end to some of the fights. If that wasn’t enough, SINNER: Sacrifice for Redemption also crashed numerous times during my play sessions.

At the the end of the day, it is easy to see what developer DARK STAR were trying to accomplish here but the end result is a lacklustre title. With controls that are less than friendly on the player, unsteady performance throughout, crashes, dull visuals and a severely punishing difficulty, SINNER: Sacrifice for Redemption fails to impress. Some might find enjoyment here but as a whole it is a disappointing experience.

Though drawing on some solid inspiration, SINNER: Sacrifice for Redemption falls short on many of its ideas and ends up being a disappointing experience which otherwise could of been an enjoyable adventure.