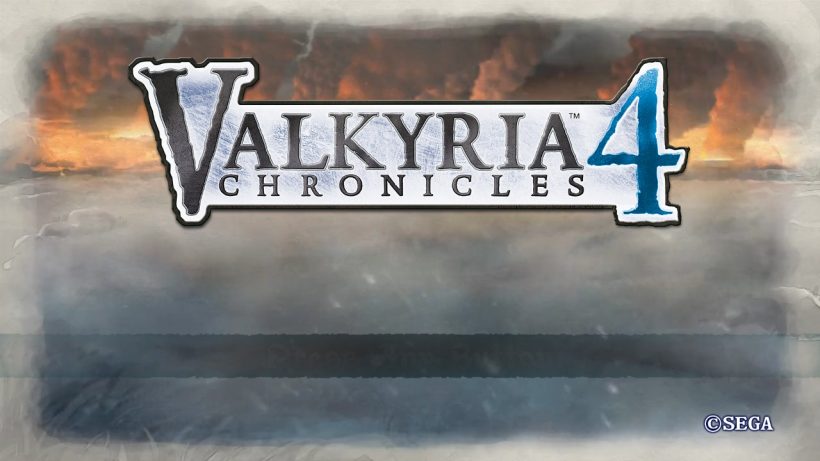 Valkyria Chronicles 4 was, for me, a wonderful surprise. Going into this game, I was utterly convinced that I’d hate it. I’ve never particularly been into tactical RPG games, and not even the mighty Fire Emblem series has been able to change my mind. But there’s just something about Valkyria Chronicles 4 that hooked me immediately and refused to let go. Its gameplay, visuals and storyline all come together brilliantly to form a genuinely unique, unforgettable experience, whether you’re a fan of the genre or not.

Set during the fictional Second European War, you take command of Squad E, a group of soldiers part of the larger Federation Army. Tasked with taking on the Empire, the game plays out very much like you’d expect from a large-scale war, and it’s impressive how it manages to weave multiple characters into its overarching plot. It must be mentioned right off the bat though, that whilst many of the characters are endearing and engaging, a few proved to be quite irritating. Raz, in particular, is just a straight-up bad character: arrogant and borderline predatory when it comes to women, he stands out like a sore thumb in 2018, and dampens an otherwise decent plot.

The story itself is set up via mini vignettes in a book – you simply pick the next section within your current chapter, and you’ll either be treated to a plot driven cutscene, or a battle to engage in. It’s a lovely way to set up the gameplay itself, but I found a lot of the sections were a bit too short. It’s good if you want to dip in and out every now and then, but when the game threw me back to the book again and again, I must admit that it got slightly irritating at times.

Once you get into a battle, this is where things get really, really good. It’s a turned-based tactical RPG, and how many times you can manoeuvre during a phase depends on how many Command Points (CP) you possess. Deploying so-called ‘leaders’ into battle grants you additional CP, so it’s wise to take extra care with who you take into battle. Starting off in a birds eye view of the battlefield (displayed like a map), you pick one of your troops to control. Then, the camera shifts into a third-person perspective of said character which you then have direct control of.

You can move about the battlefield at will, but only until your Action Points (AP) deplete. Then, your chosen character will stay static until you’re able to choose them again from the map view. Pressing R after you’ve positioned your character will then allow them to aim their weaponry. As with any shooter, aiming for the enemy’s head does additional damage, but depending on your distance and skill level, you’ll need to think before you shoot – will you take out the enemy in one go? Will it fire back? There are so many potential outcomes to think about with each miniature skirmish, and it makes the moment to moment gameplay incredibly exciting.

You’ll have multiple different classes to choose from when going into battle. The main character, Claude Wallace, commandeers a tank, which is very useful for going up against other tanks or mortars, but not particularly adept at traversing the battlefield. You’ll also have Snipers who can sit back and pick off enemies from a distance, and Lancers, who may be slow but can pack a punch against armoured tanks. There are several more, and it’s important to deploy a diverse set of classes to the battlefield if you’re to survive.

Oh, that reminds me – if one of your characters does happen to take a few too many hits during gameplay, they’ll fall to ground and be incapacitated. You’ll have only a few turns to get one of your other character’s to assist, otherwise your fallen comrade will die – and I mean die, as in, they ain’t coming back. It’s not a particularly new gameplay mechanic (Fire Emblem fans will know), but it makes certain moments even more tense, particularly if you’re facing up against overwhelming odds.

To mix things up, the game will change weather conditions to throw you off balance – you may have to fight in a blanket of thick fog, meaning you can’t see your enemies on the map or in the third-person view (unless you get real close). In addition, instead of mounting an assault on your foes, you may occasionally find yourself having to escape from a superior enemy, or forced to survive for a set period of time. It mixes things up enough that you’ll rarely, if ever, feel bored.

Out of battle, you’ll be given several options to help boost your troops. You can train them to level up their abilities, change or enhance their equipment, and also develop entirely new weaponry via the R&D Facility. Additionally, should you feel you might not be up to the task of heading straight into an important battle, you can help your troops to train up by sending them into Skirmishes, smaller battles that allow you to gain additional EXP.

Visually, the game looks absolutely beautiful. You’d expect a game focused on the horrors of war to be dark and dreary, but Valkyria Chronicles 4 takes more of an upbeat, optimistic approach to its visual design. With scenes basically coming to life right out of a book, they have a distinct water colour quality to them, and there are so many colours popping from the screen, it really is a treat, both in cutscenes and general gameplay. Similarly, the music is also really impressive – there’s a lovely relaxing tune that plays whilst you’re viewing the book, and it shifts into more dramatic, tense music when you head into battle. Voice acting is also decent for the most part, but once again, a few characters’ voices don’t particularly match their visual design or personality. Not a deal breaker though, at all.

Valkyria Chronicles 4 is well worth a go, particularly if you’re a fan of tactical RPGs. Anyone who might be on the fence can also try out the first game, which has also been released on the Switch eShop at a much cheaper price.

Not expecting to like Valkyria Chronicles 4, I came away loving it. The turned-based tactical gameplay is constantly engaging, and the water colour visuals look a real treat.