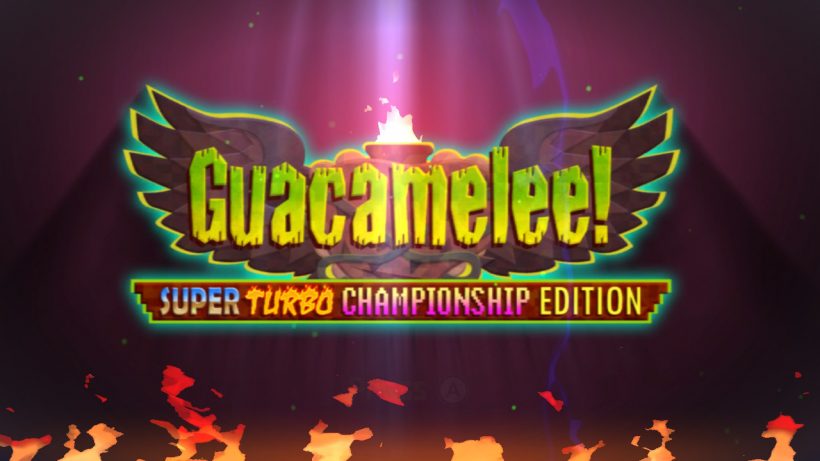 When DrinkBox Studios’ Guacamelee! was first launched back in 2013, it was rather fortunate in that is was one of very few modern metroidvania games to be available at the time. Skip ahead five years and you’ll no doubt have seen that the genre has taken some hefty strides.

As such, with the release of Guacamelee! Super Turbo Championship Edition on Switch, it sees itself in the frankly daunting company of such games as Hollow Knight, Axiom Verge, Bloodstained: Curse of the Moon and The Mummy Demastered, all of which are stellar examples of how to do a metroidvania game right. Thankfully, however, Guacamelee! remains to this day a near masterful experience – one that is arguably at its absolute best on Switch.

Guacamelee! sees you take control of Juan Aguagate, an entirely unassuming farmer with an infatuation with El Presidente’s lovely daughter, Lupita. However, the evil skeleton Carlos Calaca kidnaps Juan’s love interest and kills our budding hero. Sent into the land of the dead, Juan gains a magical ask, transforming into a powerful luchador and sent back to the land of the living to save El Presidente’s daughter.

That’s the general gist of the plot to get you going, and you’ll see all of this occur within the first five minutes or so. To say more would spoil an otherwise wonderful story filled with outrageous characters. Make no mistake – Guacamelee! is a hilarious game from start to finish, and everything from the design of the characters to their dialogue is made to make you laugh. Mission accomplished, DrinkBox.

The true magic of Guacamelee! is with its stunning gameplay mechanics. As with most metroidvania games, you gain various abilities as you progress, all of which are designed to allow you access to previously gated off areas and lay the smackdown on your enemies. Rest assured, though; Juan is no weakling at the start of the game – immediately after gaining the luchador mask, you’ll be effortlessly hurling enemies left, right, up and down. The game does a fantastic job of introducing you to the various movesets, allowing you ample time to get used to your current abilities before giving you a brand new one.

Outside the standard combat mechanics, there are various other bits and bobs to keep you busy. Part way through the game, you’ll gain the ability known as ‘Intenso’, which basically makes you super powerful, defeating enemies with ease. Upgrading this will also allow you to regenerate health, which is nice. You’ll also get something akin to Metroid’s morph ball ability, and using Intenso during this transformation turns you into a plucky chicken. Fair enough! Killing enemies also bags you coins, which you can use to either purchase new abilities, or a various array of costumes, all of which apply certain boosts or limitations as well as looking super cool.

Graphically, Guacamelee! is absolutely gorgeous. It’s one of those rare games that has such a unique visual flair, I don’t think it will ever age. The amount of detail put into the world is wonderful, and the towns in particular are teeming with life, with various shops to visit and people to speak to. If I had anything to complain about with the game, it’s just a little bit too easy. Otherwise, this is a game you need on your Switch – immediately.

Guacamelee! Super Turbo Championship Edition on Switch is the best way to experience DrinkBox Studios’ best game. I would have liked it to provide a bit more of a challenge, but it’s nevertheless a stellar metroidvania from start to finish.