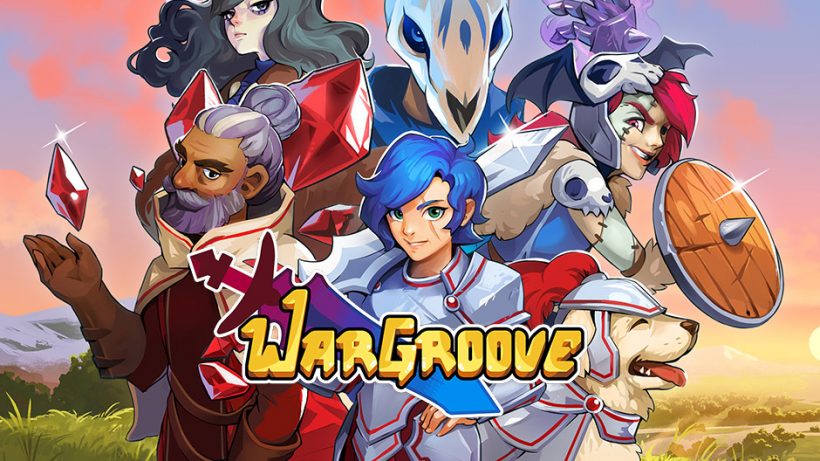 Since being announced for the Switch before the console even launched, there’s been a lot of anticipation for Wargroove, which has practically been screaming to be the successor to Advance Wars we’ve all been hoping for, since Intelligent Systems put the series on ice while focusing on our more recent love affair with Fire Emblem. 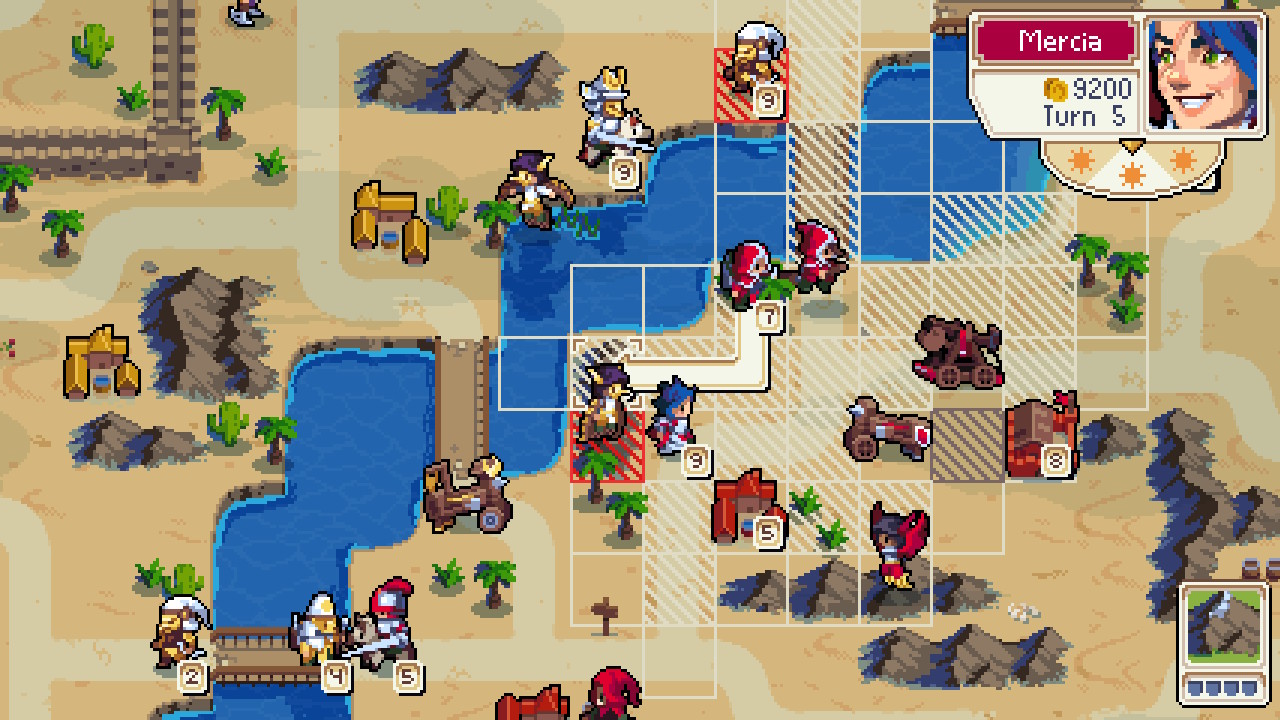 In a way, Wargroove is a mixture of the two, given that it actually has a medieval fantasy setting, beginning on the eve of a king’s assassination that kicks off a war between the peaceful nation of Cherrystone and the undead legion of Felheim. At its core however, the mechanics are unmistakably Advance Wars, once you figure out what each unit represents. So besides your basic infantry, you’ve got knights instead of tanks, lancers instead of mechs, harpies attacking from the air instead of bombers, and rather adorably, dog units are your recon. They translate into these familiar roles pretty well, and class units even vary between the four factions, so for instance your anti-air and healing mage isn’t just the same unit in a different colour but an alchemist, warlock, shaman or thunderbear respectively.

More than just a reskin, Wargroove also has its own ideas, such as how your commanders also take to the battlefield as OP units who can also charge up their own unique Groove that can help turn the tide, from healing nearby allies to summoning a powerful unit next to you. Capturing bases is also an extra challenge in itself, as enemy bases actually put up a fight, capable of finishing off a unit on just 2 HP attempting a direct attack. It’s actually better to neutralise these bases with ranged units before letting someone else waltz in. Bases don’t just add funds to your war chest each turn but damaged units can also absorb some of its HP at a small cost, though of course this will leave a base more vulnerable to enemy attack. 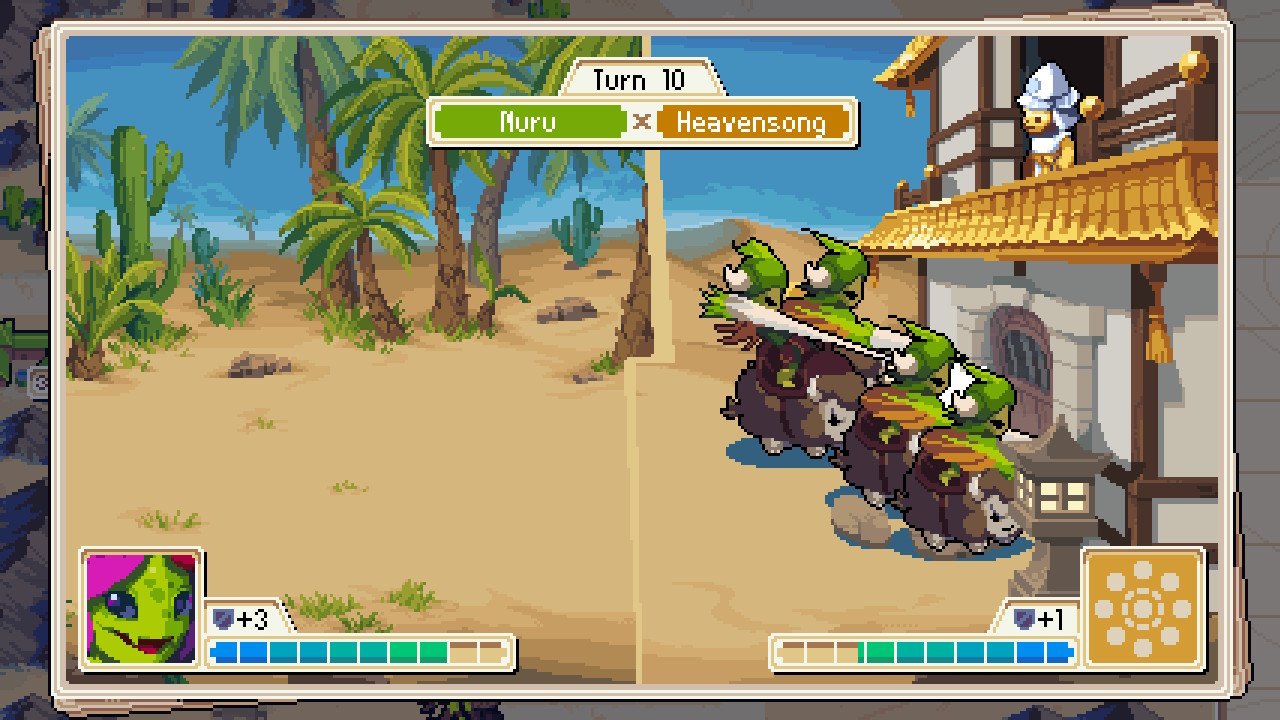 Don’t let the lovely pixel art or even the cute doggos fool you though – this is a tough game. The enemy AI is less susceptible to being baited into attack and can be ruthless, because if they have the funds and active barracks, they’ll keep deploying more troops onto the field. At times, it gets a bit overwhelming, with some maps dragging longer than they ought to (while you can quit out at any time, you can’t save mid-way and start from that point again should you suffer defeat), while the missions where you’re under siege with multiple enemies spawning every other turn can feel downright unfair. Fortunately, you’re free to rebalance the odds by tweaking the difficulty, from how much damage you take, to how much money you make per base, to how quickly your commander’s Groove charges up. Easing the difficulty does however stop you from earning more than one star at the end of a mission.

While it would almost be fine to say that this is the Advance Wars successor you’re looking for, with Chucklefish seemingly nailing the classic GBA presentation style, including the split-screen attack animations, there’s some quibbles you might not notice at first but suddenly start appreciating how Intelligent Systems did it better – such as the clickety feedback of your cursor movement, the distinct red and blue hues denoting unit movement and attack range, or just the ability to speed up battle animations. These might sound incredibly pedantic to point out, but then any Nintendo fan should understand that the feeling of play is half the fun, so it’s a shame that some of its moment-to-moment interactions end up feeling more perfunctory than playful. 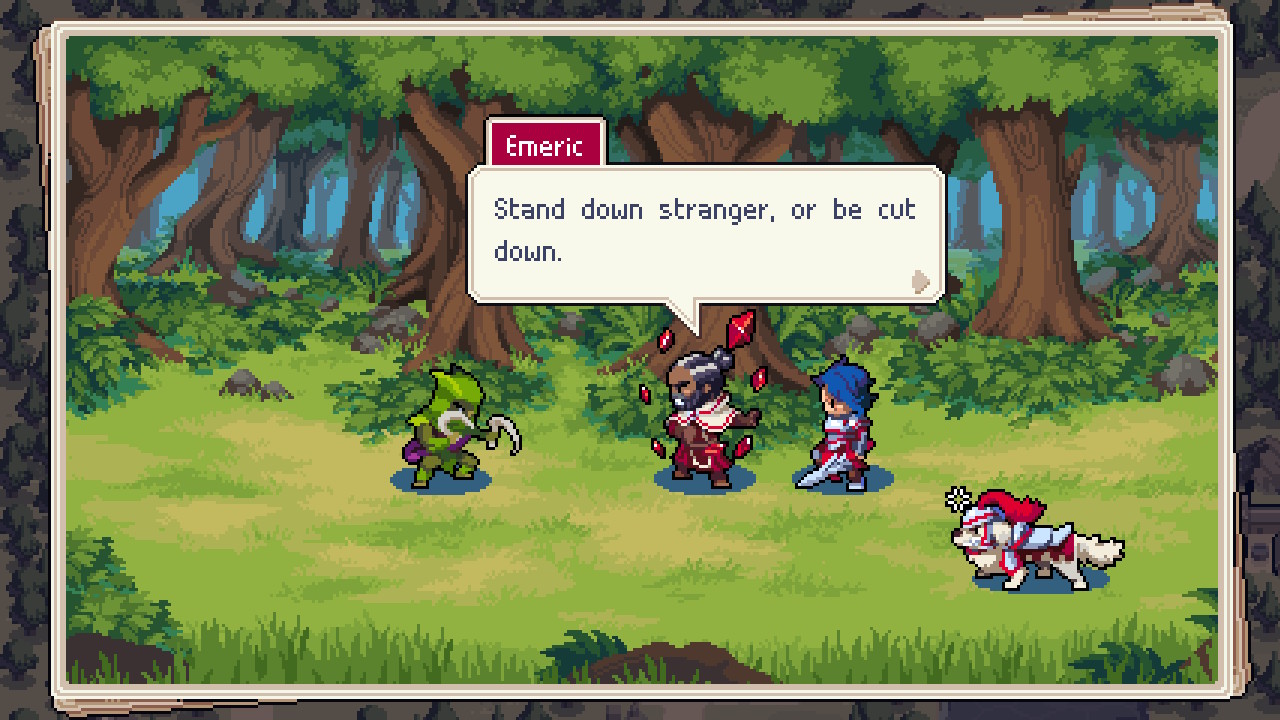 Nonetheless, this a hugely generous game, especially considering the file size and the price. The campaign alone will keep you occupied for a good while, diverting into side missions, especially for the most steely tactician trying to unlock the game’s epilogue. But then there’s all the extra modes, the multiplayer, which can support up to four players locally and online (being a turn-based game, you also don’t even need extra controllers as you can just pass a Joy-Con or the Switch handheld around for each player’s turn), while the community’s own maps guarantee that Wargroove has legs to sustain your tactical urges for a long time. It’s time for Intelligent Systems to make their move.

Wargroove is a majestic contender, if not outright successor, to Advance Wars, that every turn-based strategy fan should play. Beyond it’s handsome campaign and likable characters, there’s a ton of customisation and content to dig into or create, which makes it a bargain too.