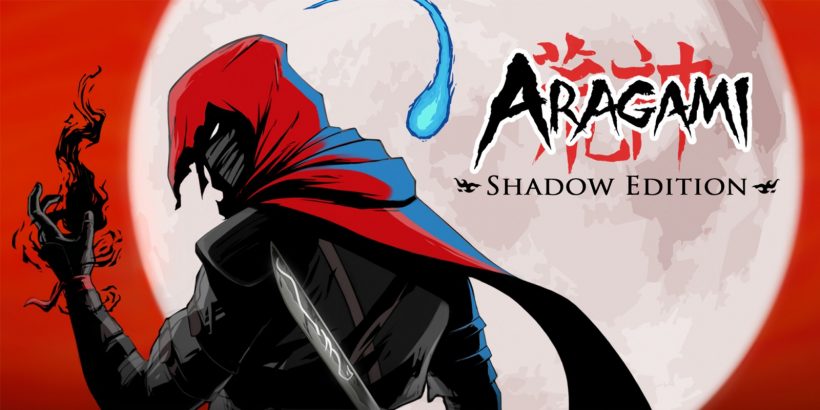 Aragami: Shadow Edition brings together the full Aragami game and its “Nightfall” expansion, offering a wide range of singleplayer and multiplayer content for its players on Switch. Playing as Aragami, a vengeful spirit who can manipulate shadows and travel between them at will, you must complete thirteen campaign missions in order to free Yamiko, a prisoner of the Kaiho army of light adepts, and help her to exact revenge on those who wronged her.

With a wealth of unlockable abilities and upgrades at your disposal – including temporary invisibility, throwing kunai for long-range kills, and shadow bombs – it is entirely up to you how you play Aragami, even if it is a stealth game. You can remain undetected, killing nobody, or else race through the levels and kill all of the guardsmen, archers and swordsmen in sight. The game rewards you for trying out different methods of play, awarding you with trophies and medals even if that coveted “S” rank stays far out of your reach.

Aragami is a challenging game, even on its easiest difficulty. Not only do you have to avoid detection, but you also – especially after slaughtering someone – have to be strategic, planning escape routes in every situation. If you are successful in beating a level, the game feels incredibly rewarding, and there is near-endless replay value in trying to improve your scores, find all of the collectables, and try out the higher difficulties.

On the other hand, certain aspects of the gameplay and technical development do feel unfair at times, making Aragami frustrating and clunky to play. Enemies’ inconsistent perception and one-hit kill weaponry mean that you are often found and slaughtered within seconds, though at other times you can easily run away while their detection meters slowly build. The lack of minimap in-game, the hard-to-place movement icons and the regular FPS drops at key moments also negatively impact your experience, making it difficult to comfortably focus on staying hidden and pursue your objectives.

Two aspects of the game that deserve recognition, though, are its cel-shaded visual design, and music by Two Feathers Studio. The unique design choice to use Aragami’s cape as an indicator for his shadow essence and other consumable abilities one that I really appreciated as non-intrusive whilst playing. You can even customise your outfit from the “skins” page on the main menu. The soundtrack is thematic, haunting and epic in just the right places, and sets the tone of the game as each new stage begins.

Overall, Aragami is an enjoyable stealth title with plenty to offer fans of the genre. I would highly recommend it to anyone who enjoys stealth-action titles, and can withstand the pressure of sneaking around undetected – though the performance on Nintendo Switch isn’t perfect by any means.

Aragami is a fun, challenging stealth-action title with plenty to offer in terms of singleplayer and multiplayer. Although its performance on Nintendo Switch isn’t the greatest, the game has plenty of replay value, and has a stunning design and soundtrack.