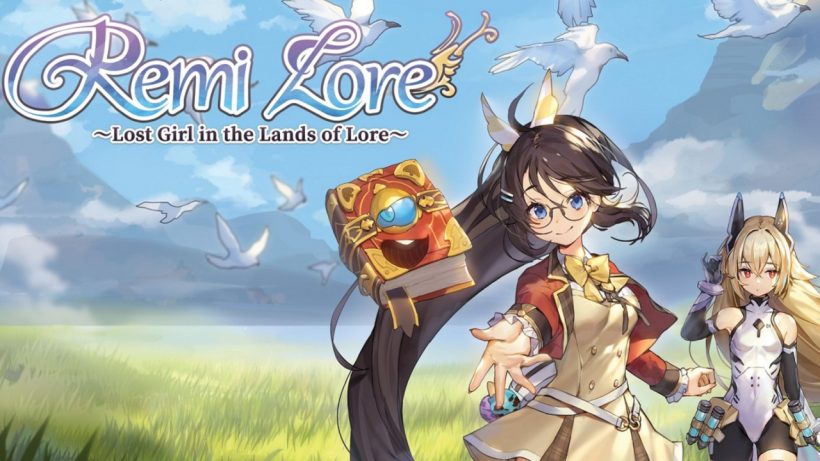 For some, there is nothing more satisfying than scouring every corner of the randomly-generated maps of dungeon crawler titles, finding the treasures and secrets hidden throughout. The first screenshots of RemiLore: Lost Girl in the Lands of Lore presented such an enchanting-looking dungeon crawler that it caught the eye of many almost immediately – but ultimately, the finished product is a bit of a disappointment.

You follow the young schoolgirl Remi, who, while stuck in detention one day, comes across an unusual-looking book in the library. Upon picking it up, Remi is immediately transported to the fantasy world of Ragnoah. There, the sentient book Lore informs her that she is not the only human in this mysterious world, and that he needs her help to find out what brought his world into disarray.

Mecha-Monsters have invaded the world of Ragnoah, and must be defeated in order to restore the world to its former glory. As such, it’s up to you to hack-and-slash your way through them all. This overarching story is enjoyable to play through, and is full of charm and humour. Each chapter and act introduces bigger and more powerful enemies for you to defeat, culminating in a boss battle upon reaching act four.

Boss acts are a change of pace from the others in the chapter, as instead of running from room to room killing various different enemies, you’re now forced to focus yourself on just one. This gives you the opportunity to refine your skills, or perhaps learn some new combos, in order to tackle the later chapters with ease.

Combat in RemiLore feels very satisfying, despite only two buttons being used. A allows you to perform horizontal slashes, while X performs vertical slashes, with combos being possible by using these two buttons repeatedly in quick succession. Such combos result in special moves which inflict more damage upon enemies, creating fun, engaging gameplay – for a short time, at least. The inherent repetition of the combat does sour it somewhat after a while.

RemiLore’s difficulty can often feel unfair, as if you die at any point in a chapter, you’ll find yourself thrown straight back to the beginning. Thankfully, killing enemies rewards you with experience points, and these can be used to give Remi permanent upgrades, increasing your chances of success on your next attempt.

RemiLore performs smoothly in both handheld and docked mode, with the aforementioned graphics and accompanying score complimenting an already enjoyable hack-and-slash experience. I personally preferred to play in handheld as sometimes things appeared too small on the bigger screen, but this may not affect every player.

Overall, RemiLore: Lost Girl in the Lands of Lore is not worth its high price tag, as similar, better games are available for cheaper on the eShop. I would only recommend this for hardcore fans of the genre, though the game is certainly enjoyable.

Boasting a wonderful story that is sadly betrayed by repetitive gameplay and an unfair system in which dying means a huge loss of progress, RemiLore: Lost Girl in the Lands of Lore is only recommended if you’re serious about your dungeon crawling experiences.