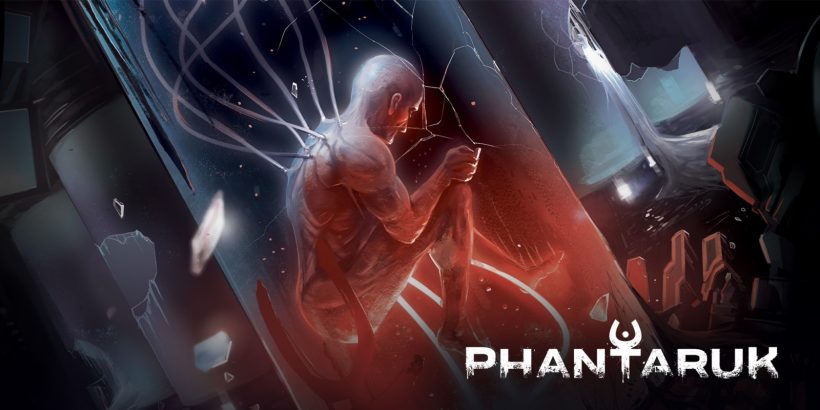 We’ve all paid out around a tenner to go and see the latest science-fiction smash hit at the cinema, before forking out even more on the DVD or Blu-Ray a few months later. Phantaruk offers a similar experience for a considerably more reasonable financial setback.

We gave a less than favourable score to what was arguably a spiritual predecessor for this game in Hollow, back when that came out on Switch in early 2018. Both games share pretty apparent similarities, from the exploration around a near-deserted spaceship environment to the focus placed on the senses, particularly the psyche of the main character. This is a game that arrived on the eShop for a third of the price of Hollow, and has even been available under sale prices for less than a pound at one point.

Alongside the lower price, in this game there’s no gunplay – you simply get to move around and explore the spaceship, and then play through cat and mouse sections where you need to get away from trouble, on the infrequent occasions that aliens start cropping up. Getting spotted by enemies is the worst part of Phantaruk, because your character moves so slowly that it’s nigh-on impossible to get away. Even when you think you’ve managed it by ducking into a small alcove, the enemy can still whack you and take a big chunk off your health meter. This leads to rather unnecessary loading screens taking you back to the nearest checkpoint, which only exacerbates the problem.

So, don’t get caught. This is a game where stealth is of the essence, and while Hollow has more by the way of action and scares, Phantaruk is more of a psychological one, where you fear what might be around the corner more than what’s actually there. Exploration must be done without any aliens seeing you, with an eye icon in the lower corner of the screen illuminating when you’ve strayed too close for comfort towards the enemies. Whilst you’re keeping an eye on that, you’ve got to be on the lookout for the syringes located around the ship, which act to keep your toxin levels down (because a nice non-polluted spaceship is too much to ask for), and batteries to power your flashlight.

Phantaruk is a very dark game visually, even more so than in Hollow. Your flashlight projects a circular area of illumination in the middle of the screen, so things in your periphery might not come to your attention as quickly as you’d like, but other than being dark, there’s very little to criticise with the graphics. They look far more impressive than you’d expect from a game which would give you change from a £5 note.

Exploring the ship in first-person, the realistic graphics do a very good job of engrossing you in the atmosphere, particularly if you’ve drawn the curtains and turned out the lights at home. If only more indie studios could be brave and go for this level of detail in graphics – we’ve had far too many 8-bit and 2D games on the eShop so far, to a point where games are starting to visually look boring at first sight. That’s not the case with Phantaruk.

Phantaruk should be championed for its visual ambition. You can pick this up alongside Hollow in an eShop sale for less than £10 combined – the disappointment of Hollow might make you appreciate this even more.

Phantaruk is the cheaper, but better, little brother of Hollow. It’s very affordable, so there’s no reason not to have it in your collection.