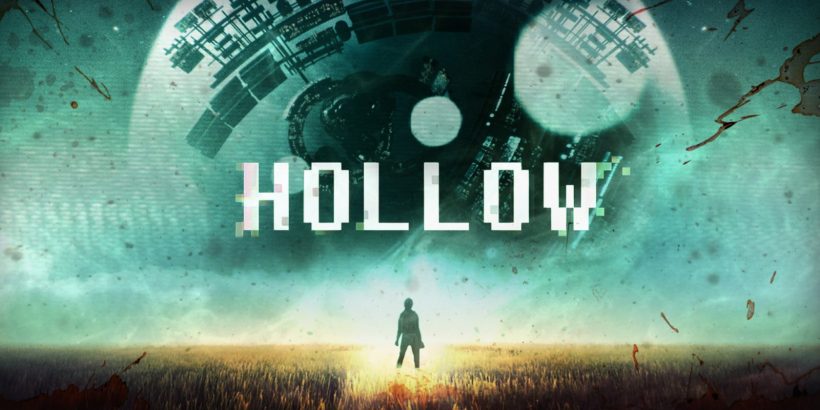 A game that’s title describes it all!

Alien. Event Horizon. Dead Space. Run-down intergalactic freighters have played host to some of horror’s most memorable scenarios over the years, and why? Because, as the classic saying goes, “In space no one can hear you scream”. Forever Entertainment’s Hollow is the latest survival spooker looking to capitalise on a similarly isolated setting, but sadly loses any creepy lustre it might have achieved thanks to repetitive gameplay, a murky aesthetic, and some downright odd design choices. You’ll scream alright, just not for the reasons you expected.

It all begins in relatively straightforward fashion. In Hollow you play as Mark, a typical every man of sorts who’s found himself without his memories and in the unfortunate situation of being lost aboard the abandoned Shakhter-One space station. For reasons unknown the mining vessel has lost power, making your only chance of survival to restore it while simultaneously dealing with a cult-like mutant infection that’s caused the ship’s crew to reanimate from the dead. 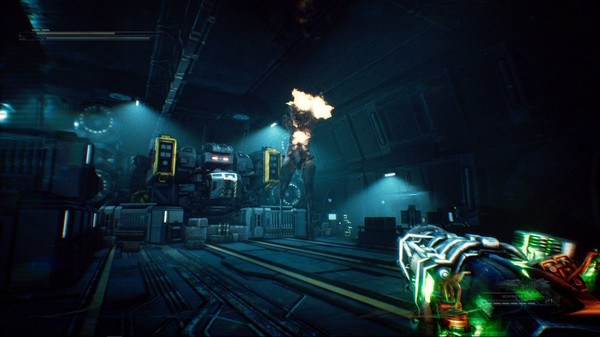 Hollow’s cracks start to show almost immediately after loading it up. You see, the game’s visuals are presented in a deliberately grainy manner. I assume hoping to instil an apparent sense of dread. Bordered entirely by blackness, what might be an incredibly detailed setting filled with wall-laden external pipes, retro futuristic control panels, and appropriately lived-in crew quarters, is otherwise obscured by a screen that looks like Vaseline has been smudged across it.

This is just one of the ways Hollow attempts to set an atmosphere, and that’s fine, but it continues to the point of annoyance when a large portion of your objectives consist of seeking out notes and completing simple visual puzzles. All of which is accomplished through sight. Hollow apparently doesn’t want to make it that easy, even going so far as to punish you when using a syringe to heal by further distorting your display.

Shakhter-One should be a scary, but ultimately fun experience that you should feel compelled to explore and poke around in. Unfortunately, in addition to Hollow’s graphical ugliness, movement is best likened to the pace of a snail’s crawl. Slow traversal isn’t necessarily a problem in and of itself but proves as such when a large portion of the game is spent backtracking. It all results in a survival horror that feels unnecessarily congested, almost as if the game’s actively working against you to make you hate it. For all its faults, Hollow does manage to feel cinematic in a few brief moments. Ducking and diving your way through vents while not knowing what’s around the corner helps keep you on your toes, and taking down the oncoming hellish hordes with your botched-together mining weapons is a great way to roleplay as your own version of Ellen Ripley. It’s just a shame that these immersive flickers are so few and far between, instead replaced by a painful attack on the senses brought about when the screen starts to shudder and harsh music starts to thrash. Hollow recommends you play with headphones. A suggestion I’m still quite concerned by.

If you’re seeking a way to live out your horror science-fiction fantasies on Switch, I’m sorry to report that Hollow is not it. Poor visuals, frustratingly slow movement, and harmful sound design all combine to create this misjudged smoothie of sorts, a smoothie that’s flavour can best be summed up with a very long sigh. All together now…

As far as space-set survival horror games go, Hollow sets the standard for a new low.