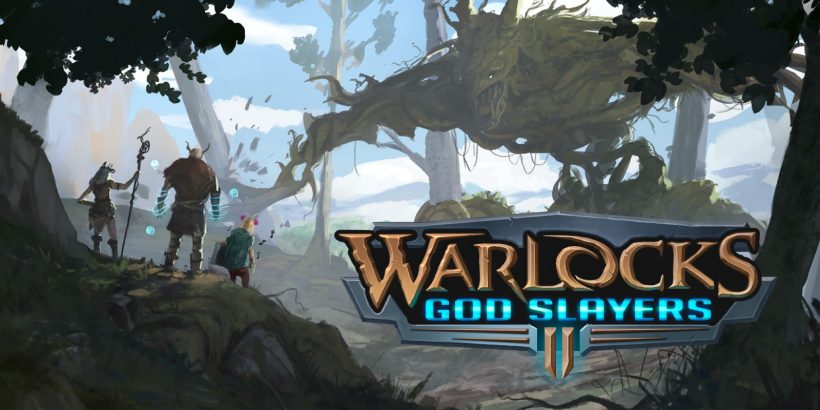 Warlocks 2: God Slayers is, at the same time, similar to many other games you may have played, but also different than anything else. Being an action-platformer allows for clear comparisons with other titles available on the Switch, such as Dead Cells or Broforce – especially when you consider its pixel art style that’s so prominent among indie games. Its setting, though, is something entirely unique. By mixing elements from fantasy, sci-fi, and even modern times, Warlocks 2 creates a world that is hard to classify. It’s an interesting universe that really helps the game to stand out. However, the gameplay isn’t quite at par with all that uniqueness.

The first game from the franchise, titled Warlocks vs Shadows, was a somewhat obscure indie title on PC, but much of what the first title offered is still present in Warlocks 2. Here, too, you’ll choose between different powerful characters to engage in missions against obscure forces. With a heavy focus on co-op gameplay, Warlocks 2 offers a length campaign that lasts for about 10 hours. With additional replayability that lies on how different each character can be.

These characters contribute to the weird mixture of genres and concepts present in Warlocks’ narrative. There are 5 in total, and each one has their own set of powers that can be customised with skill points and experience that you get from completing missions and defeating enemies. They can also offer slightly different play styles. Cormac, for example, is a Dwarf Rider that relies on melee attacks with its axe. Willow, on the other hand, is a witch that uses technology as a weapon (she even has a cellphone, so there’s that weirdness mixture again), and throw spells from afar. On my main playthrough, I used Shax, who is a kind of necromancer, and can summon skeletons and demons to fight alongside him.

Having characters that play so differently is probably the best appeal of Warlocks 2. The main issue of the game, however, lies in how they play. When it comes to the actual controls, Warlocks 2 feels a bit clunky and has some rough edges on both combat and platforming. My main issue was that most characters use projectiles as their main source of damage. To take aim, you need to use the right stick, as in a twin-stick shooter. However, at the same time, you need to jump to evade enemies’ attacks. Because of that, it feels that you’re constantly fighting against the controls, as you have two incompatible gameplay styles mixed together. As a workaround to that, you can press the Y button to auto-aim, but it is hard to select your target when there are multiple enemies around.

Warlocks 2 isn’t a challenging game, so these gameplay constraints don’t get much in the way once you get used to them. It can actually become a frantic and hilarious experience when you’re exploring its pixelated landscapes with friends, on its local co-op modes. Despite its flaws, levelling characters, unlocking new skills, and getting new equipment is always rewarding, which makes Warlocks 2 a viable option as a kind of pastime experience. Yes, there are better games of the action-platform genre available on Switch, but not all of them allow for multiple players. So, Warlocks 2: God Slayers can be the unpretentious experience that you and your friends want for the weekend.

Warlocks 2: God Slayers is an action-platformer game that offers tons of replayability thanks to its customisable characters and RPG elements. It has some rough edges when it comes to its basic mechanics, but it can be enjoyable if you have a couple of friends to join on its local co-op modes.